For several months, the deafening sound of mortar fire and air strikes reverberated across the hinterland municipality, as residents fled their homes and sought refuge in evacuation centers scattered across the province. 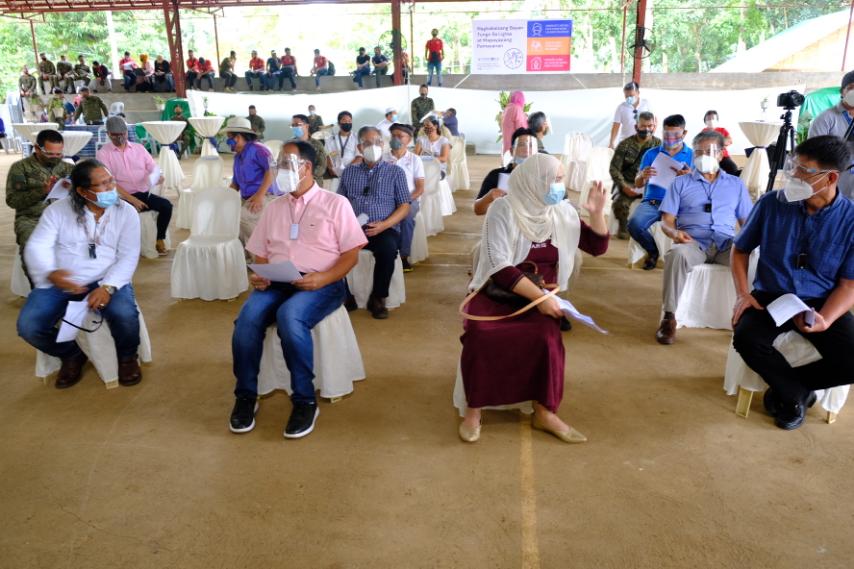 From battleground to show window of peace

The peace deal paved the way for the entry of development interventions in the area. Among them is the government’s PAyapa at MAsaganang PamayaNAn (PAMANA), which carries out community-driven projects in remote, conflict-ridden areas across the country.

On Wednesday, the Office of the Presidential Adviser on the Peace Process (OPAPP) and the provincial and municipal governments of Lanao del Sur and Lanao del Norte signed Memorandums of Agreement to implement PAMANA projects worth Php 85 million.

The signing was held at the 2nd Mechanized Infantry Brigade.

The PAMANA projects aim to support the Normalization Program under the CAB, and are part of the government’s commitment to help spur economic activity in Camp Bilal and its neighbouring areas. 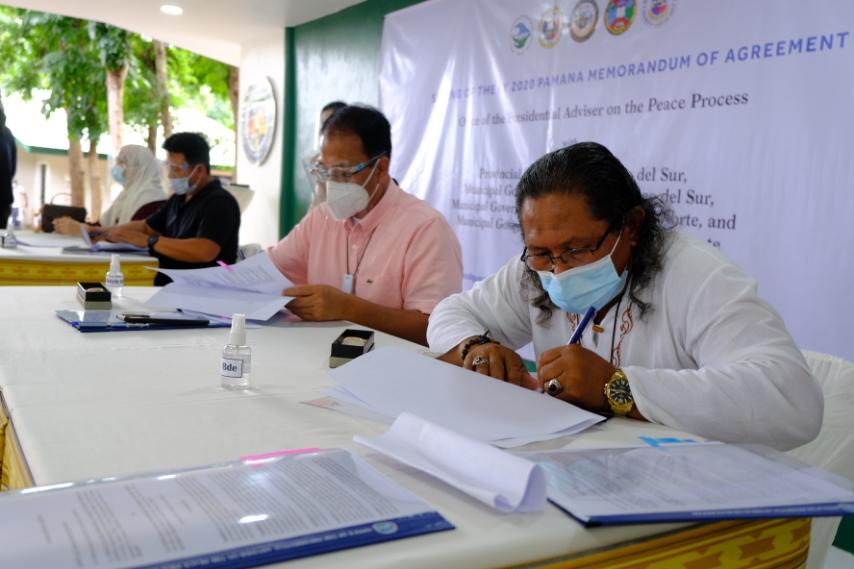 PAMANA in the Bangsamoro

The PAMANA Program is among the national government’s key interventions that are  designed to implement community-driven development projects in remote, conflict-stricken areas throughout the country. 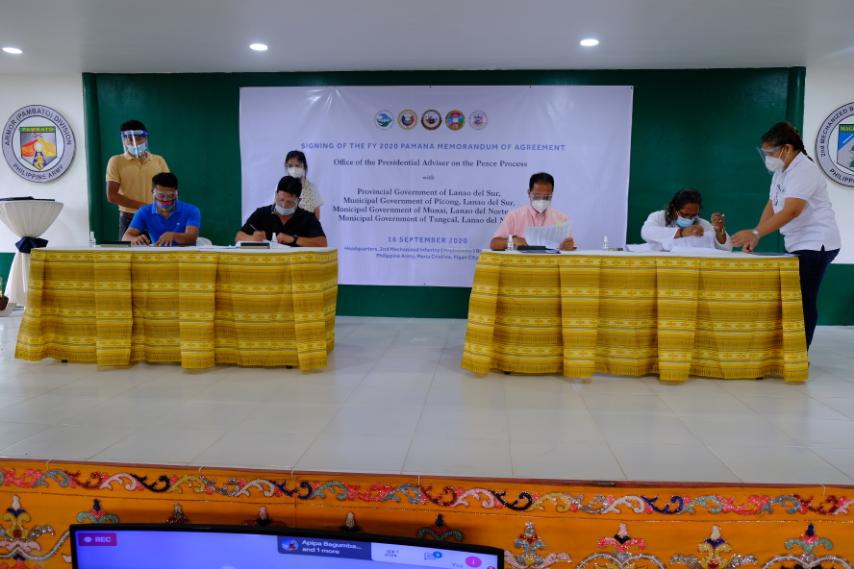 Diciano said that through the PAMANA projects, agricultural production in the area is projected to rise, and consequently, boost socio-economic activity in Camp Bilal and other nearby communities.

Presidential Peace Adviser and National Task Force Against COVID-19 Chief Implementer Carlito G. Galvez, Jr. said that implementing projects for the Bangsamoro Region remains a priority of the national government despite the challenges caused by the pandemic.

The PAMANA NPMD is also set to forge partnerships for the implementation of five projects in Lanao del Sur, which include the distribution of farm equipment and construction of a water system.

From former war-zone to future ‘eco-zone’

According to Macapaar, the turning point for him and his men came after the signing of the CAB. It was then when they realized that armed struggle was no longer the path they wanted to pursue. 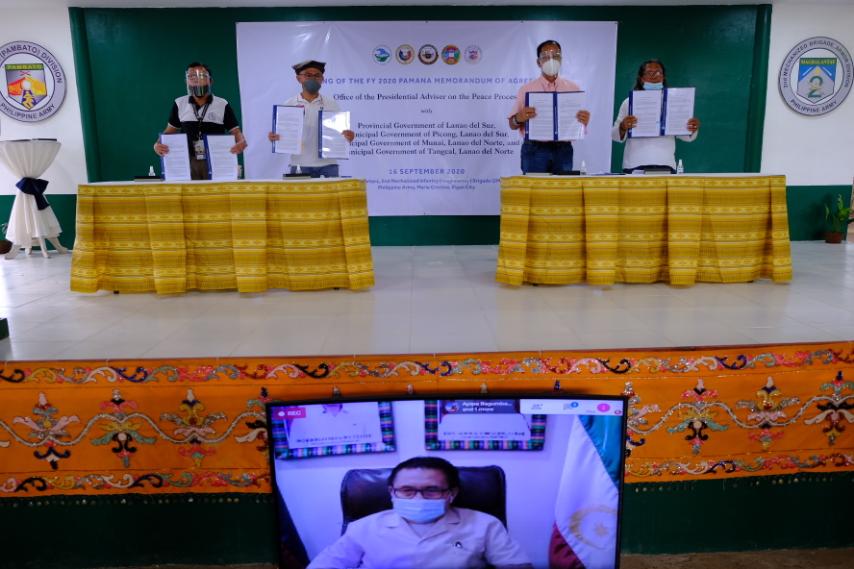 Local government units have also played a crucial role in sustaining the gains of peace in by facilitating the implementation of much-needed socio-economic and infrastructure projects in the area.

Tangcal Councilor Abdani Buanding, who represented Mayor Fatima Tomawis, said that their municipality will significantly benefit from the PAMANA projects once they are completed.

Meanwhile, Lanao del Norte Board Member Achmad Taha, who represented Governor Imelda Angging Quibranza Dimaporo, thanked the government for the projects, noting these are a testament of the President’s desire to help the Bangsamoro people. 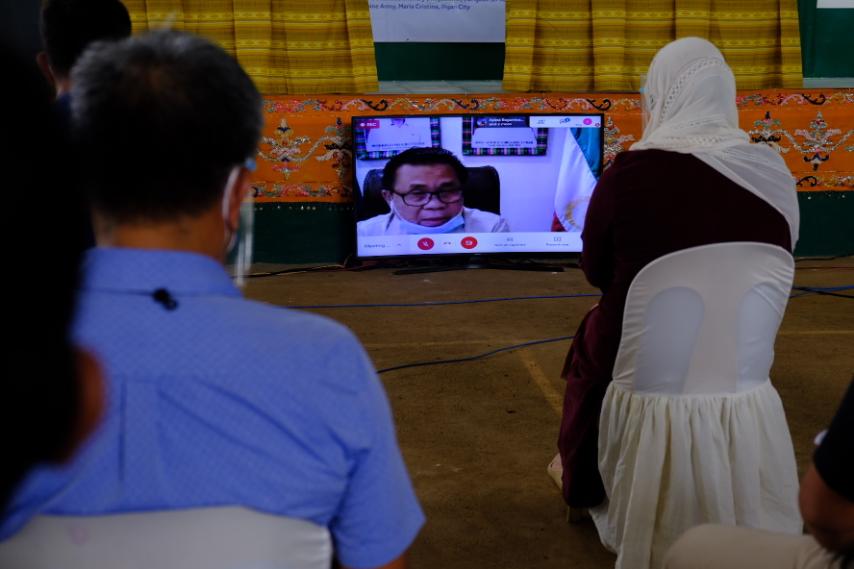 “President Duterte continues to give importance to peace-promoting projects and staying true to his promise to the Filipino people.”

“Through the PAMANA program, the LGUs are empowered by leading the implementation of the projects in their localities, while giving residents opportunities to contribute in community development, engage actively in governance processes, and resolve misunderstandings through peaceful means,” Taha said.