Protecting civilians in conflict-areas amidst COVID-19

PASIG CITY, (August 12, 2020) – Against the backdrop of the COVID-19 pandemic, the Office of the Presidential Adviser on the Peace Process (OPAPP) continues to carry out initiatives that aim to address the roots of armed conflict and sustain the gains of peace in the country.

This, as the Office of the Presidential Adviser on the Peace Process (OPAPP) held its first Webinar on “Protecting Civilians Caught in the Midst of the Armed Conflict during the Coronavirus Pandemic” in observance of International Humanitarian Law (IHL) Day.

According to OPAPP Director Pamela Ann Padilla-Salvan, the purpose of the activity is “to bring together actors from different armed conflict contexts involved in peacemaking, peace keeping, and peacebuilding” to share their expertise and experiences in addressing challenges caused by situations of conflict.

Themed “Preserving Human Dignity in the Midst of Armed Conflict, A Shared Responsibility,”, this year’s IHL Day commemorates the Geneva Conventions of 1949 which is among the several international treaties ratified by countries after World War II.

The Philippines is one of the 53 countries that signed and ratified the conventions. On 31 July 1999, then President Joseph Ejercito Estrada signed Executive Order No. 134, s. 1999, declaring the 12th day of August as IHL Day to encourage government agencies to adhere to the principles of the law.

Katerina Kappos from the International Committee of the Red Cross (ICRC) emphasized in her presentation that the “IHL are a set of rules that aims “to protect human dignity and reduce suffering, and limit the effects of the war.” 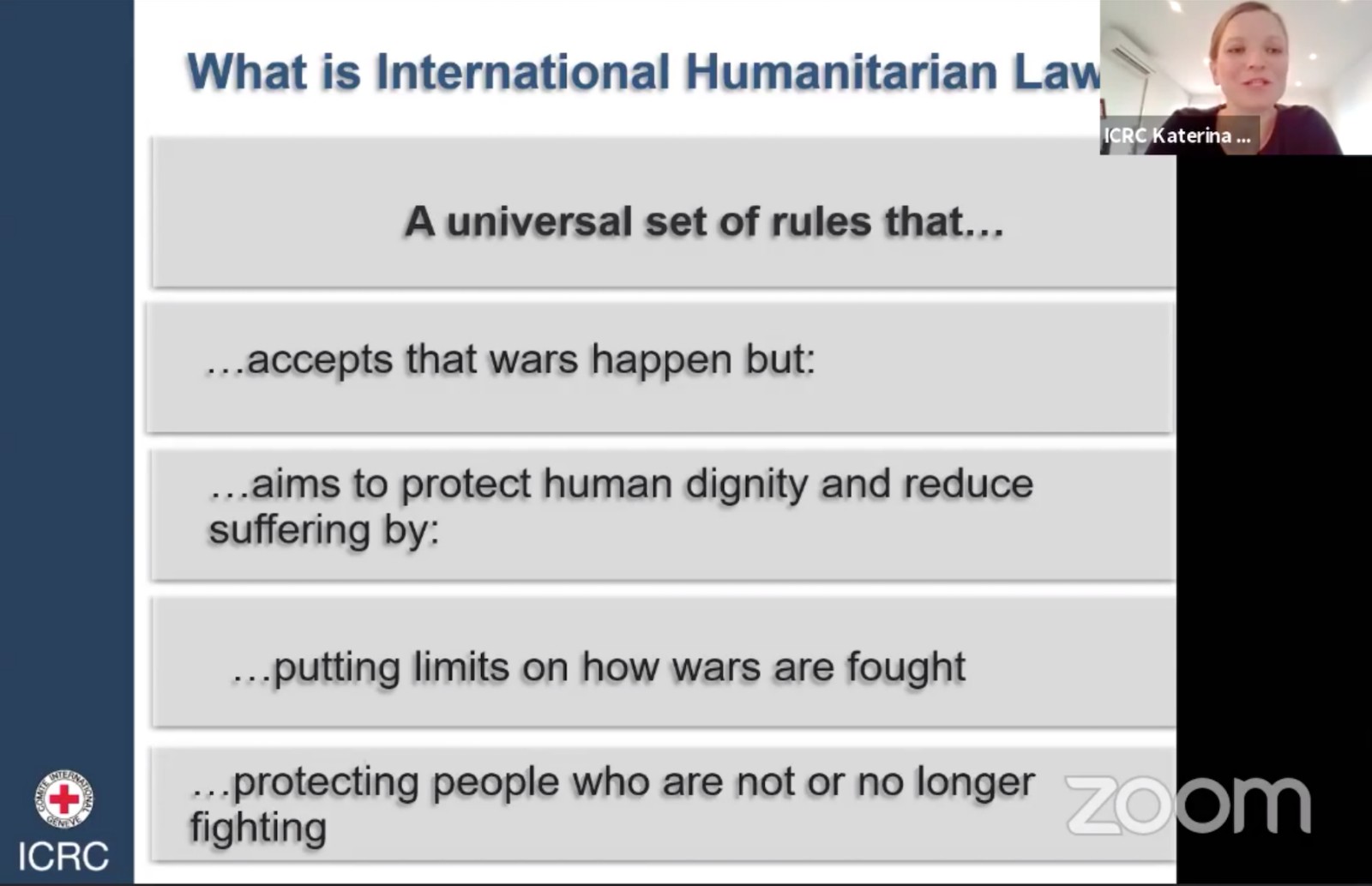 He said that this ongoing partnership has resulted in “ongoing joint efforts for the neutralization of terror groups, campaign against illegal drugs in Mindanao, peace advocacy and on conflict resolution activities.” 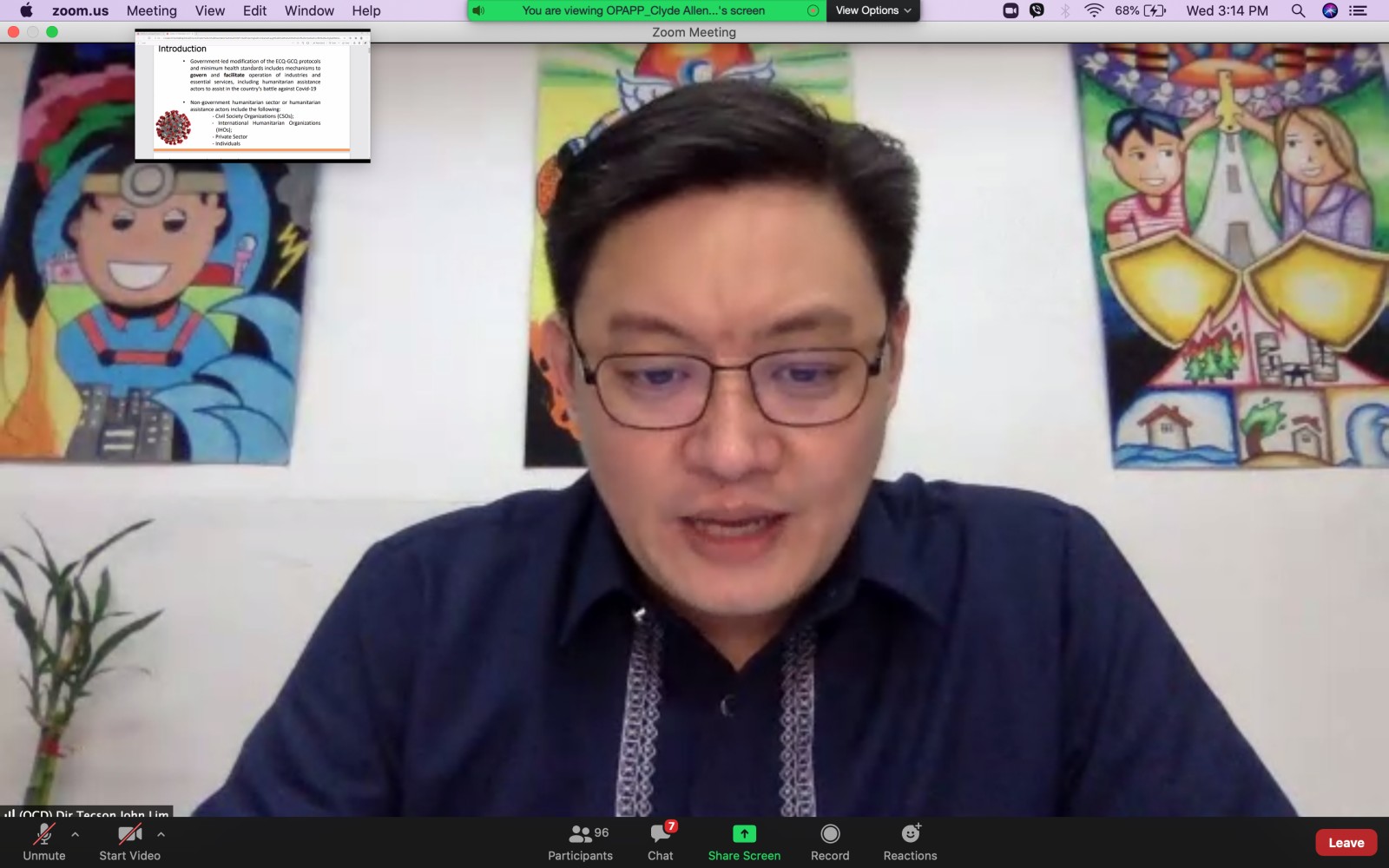 “We did identify that humanitarian assistance actors do play a great part not only in our response to COVID-19 but as well as to other humanitarian services or activities that [are] being conducted during the community quarantine,” Lim said. 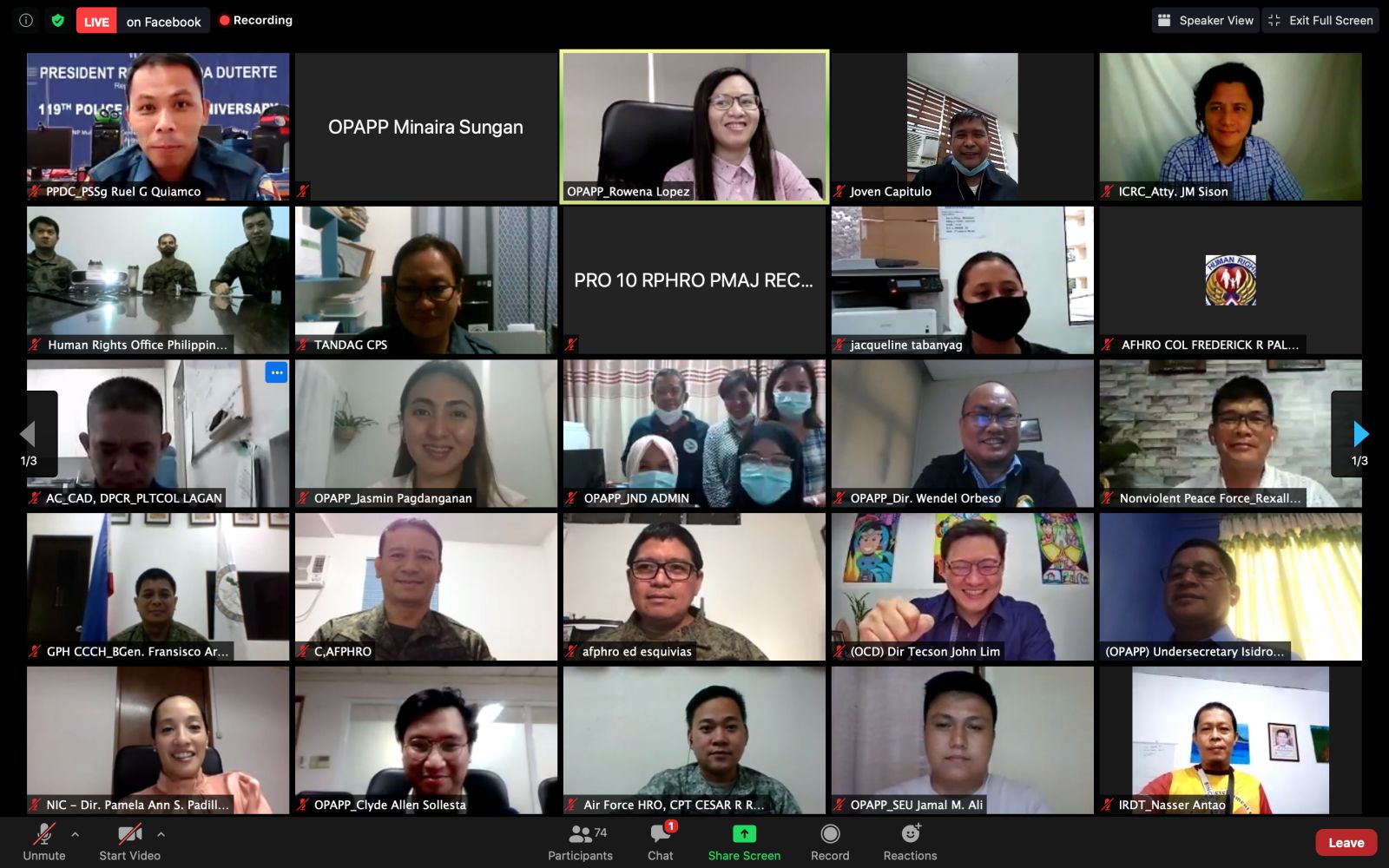 Humanitarian activities are covered in the guidelines issued by the IATF and different government agencies in response to COVID-19.

These include the provision of assistance, whether in cash, in-kind or services; information dissemination, sensitization and community education activities on water, sanitization, hygiene, health, food security, etc.; climate change adaptation and risk reduction activities; activities that help support the recovery and rehabilitation of communities relative to the crisis; and protection for vulnerable sectors such as, but not limited to mental health and psychosocial services, socioeconomic, education, legal, health assistance, and security.

He said the action plan “aims to contain and manage the [new] cases” and “balancing between health and economic objectives”.

The first phase of the NAP vs COVID-19, which was rolled out in March and completed in June, focused on the containment and prevention of the virus through strict community quarantines, elimination of threats by providing medical treatment and interventions, and mitigation of the disease’s negative impact by ensuring that basic services are delivered to the people.

The second phase of the plan started in July and will run until September. It aims to ensure the health of the people, while reviving the nation’s economy. It is guided by the ‘Hammer and Dance’ theory.

The “Hammer” pertains to the strategy of curbing the spread of COVID-19 which includes the strict implementation of community quarantine measures in target areas.

While localized lockdowns will be enforced in specific areas, the “Dance” component will allow the economy to open, and cushion the impact of the pandemic on the nation’s economy.

Purisma called on participants of the meeting to continue upholding the IHL despite the challenges brought about by the pandemic. 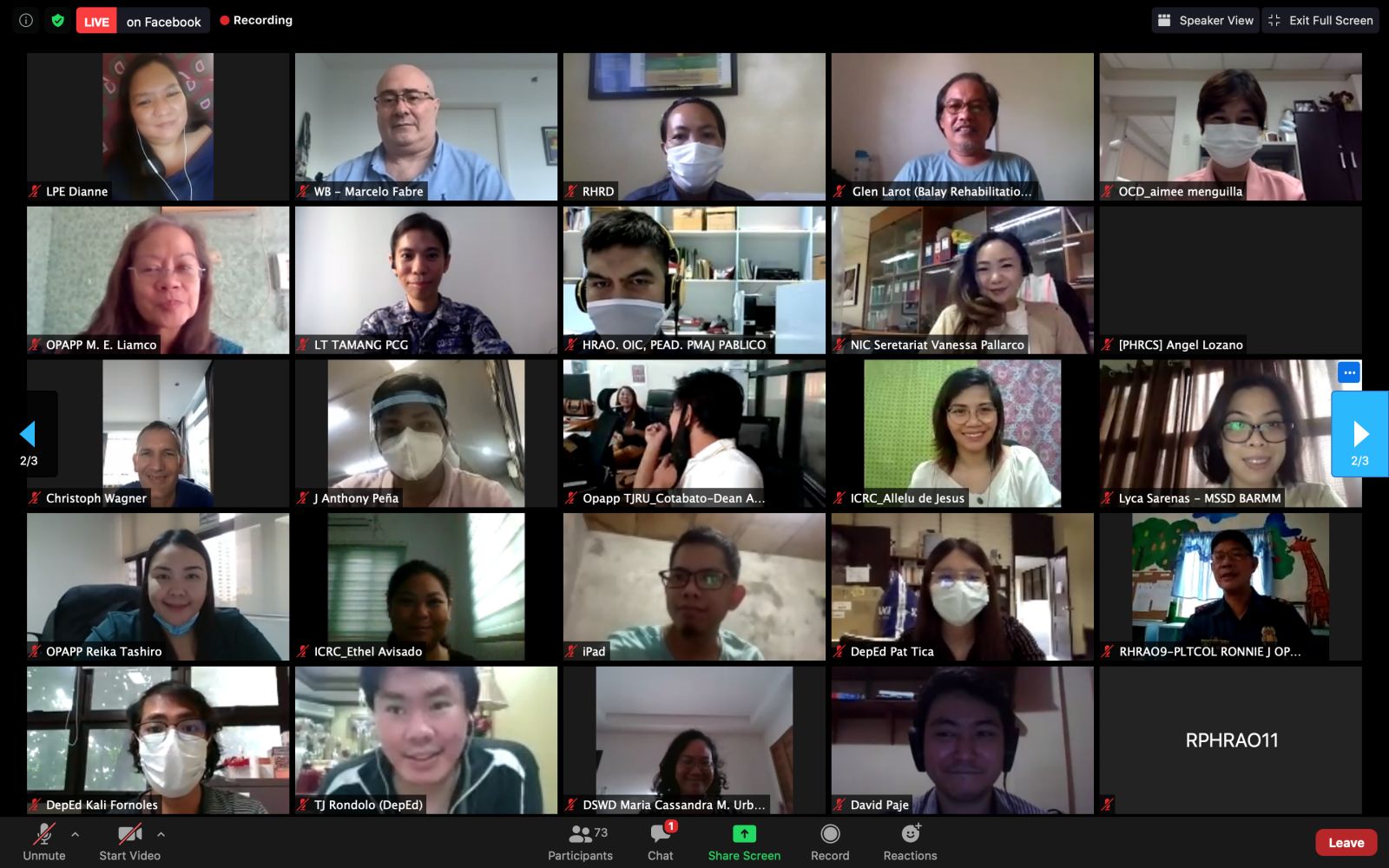 “I call on everybody to ensure that we continue to be committed in adhering to International Humanitarian Law and protecting civilians in the armed conflict, as well as call on everybody to ensure that our strategy in the National Action Plan particularly Prevent, Detect, Isolate, Trace, and Reintegrate strategy is operationalized in conflict affected areas that are more vulnerable,” he said.

“Allow me to leave you with a challenge on how we can ensure that our civilians are protected not only from the armed classes and conflicts, but more importantly from the invisible disease as we preserve the gains of the peace process and work towards economic and sustainable peace in the country,” Purisima added. ###