‘It’s time for us to invest in health services’— Galvez

CAGAYAN DE ORO CITY (19 AUGUST 2020)— The continuous scaling up of the country’s healthcare system will be the key in overcoming the COVID-19 pandemic in the long run, according to National Action Plan (NAP) against COVID-19 Chief Implementer Carlito G. Galvez Jr. 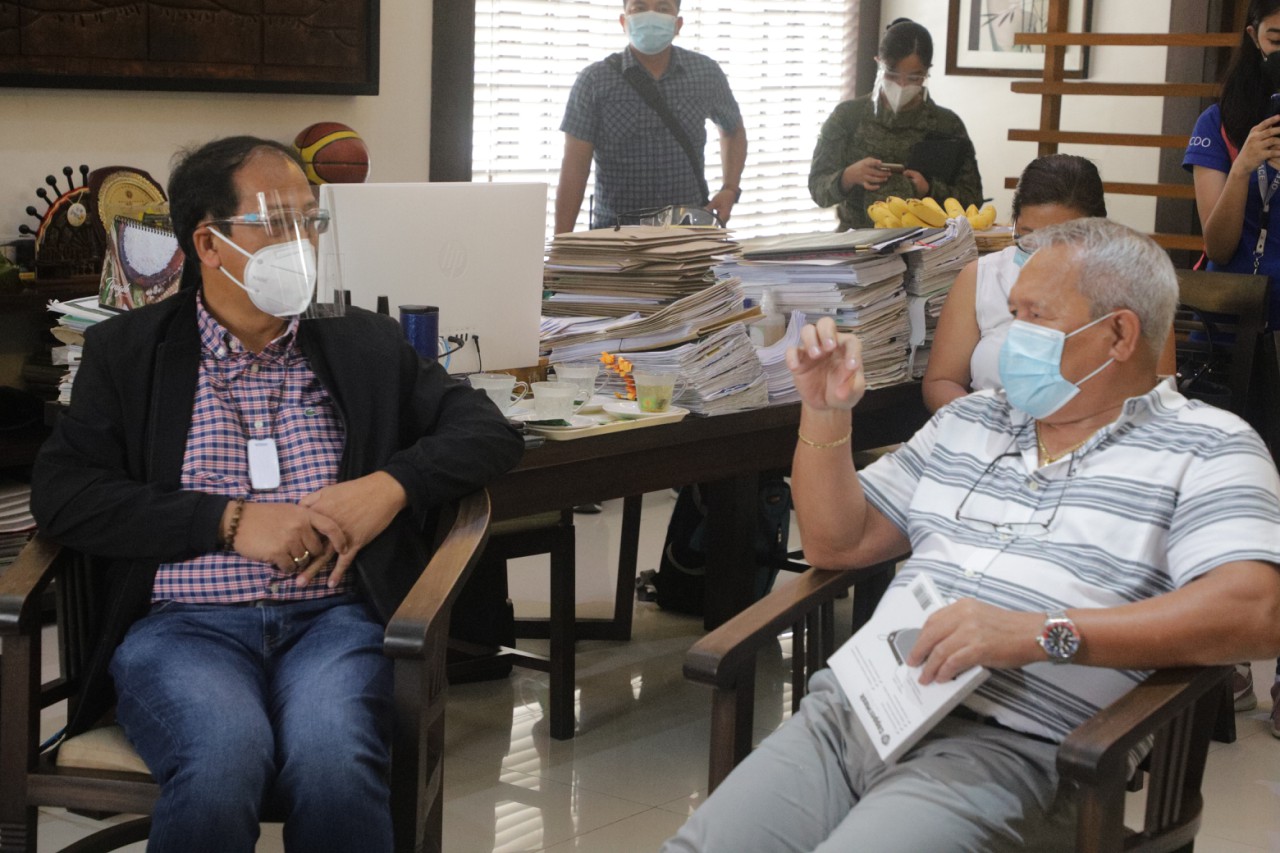 Galvez praised the city’s treatment strategy to contain the spread of the virus, as he noted that the local government was able to do this successfully without enforcing hard lockdowns.

As of August 18, the city has 82 active cases, 75 of which are either Returning Overseas Filipinos (ROFs) or Locally Stranded Individuals (LSIs).

Cagayan de Oro Mayor Oscar Moreno explained the city’s approach to addressing the challenges brought about by the pandemic, which he said is anchored on the effective implementation of NAP Phase II.

Under the second phase of the plan, the government aims to create a balance between ensuring the health of the people and reviving the nation’s economy.

“Ang worry ko talaga is economy. Hindi naman namin isasakripisyo ang public health. Public health is paramount at all times, but we cannot kill the economy and education in the name of public health,” Moreno said. 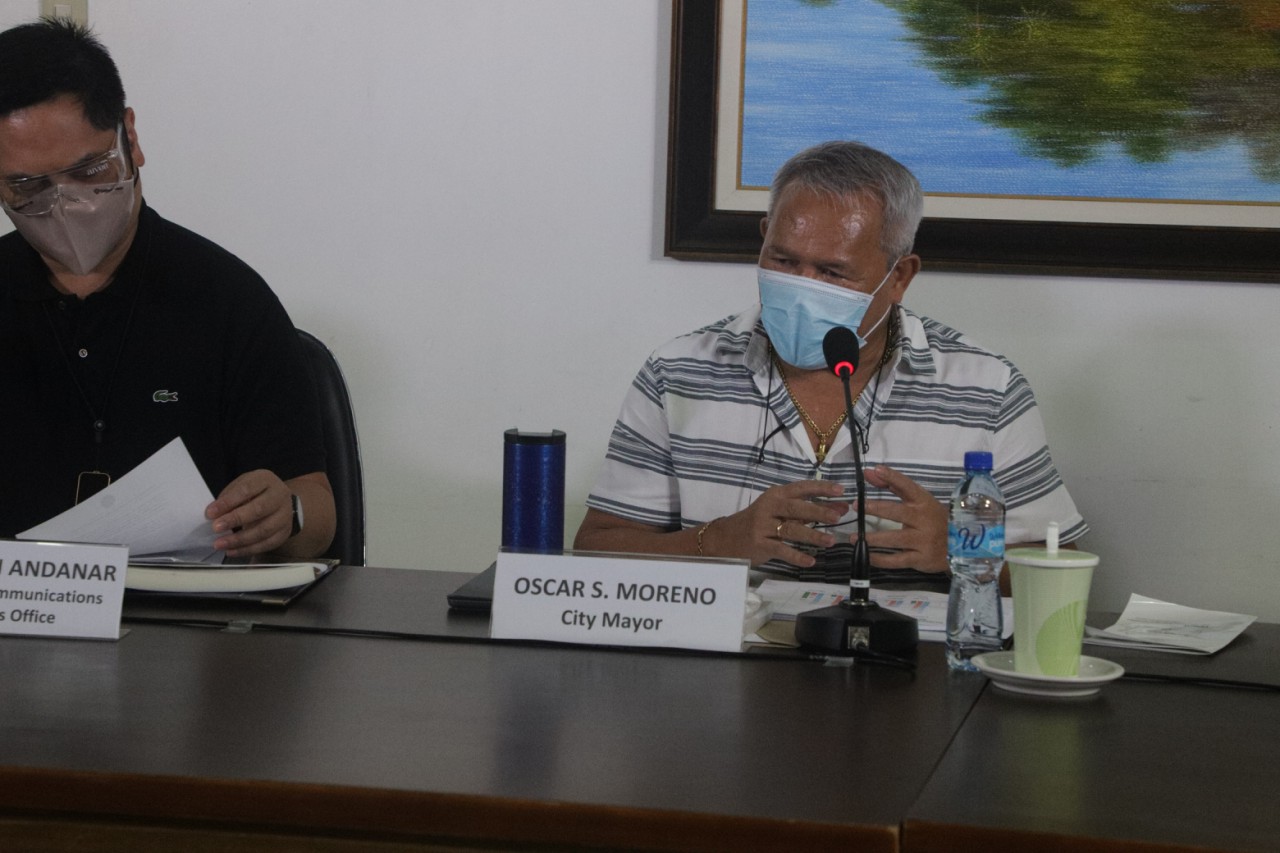 “I will be amiss if I don’t recognize the leadership of the National Government, the IATF (Inter-Agency Task Force). In April, the IATF asserted its authority. That’s very crucial. Yung pagsabi na hindi na pwedeng mag-declare ng quarantine unless IATF says so, that’s very decisive,” he said.

Meanwhile, the city government of Cagayan de Oro volunteered to help quarantine ROFs and LSIs bound for nearby Iligan City.

As of August 19, Iligan City has 105 active cases, 94 of which are local transmissions.

Galvez, who has travelled to various parts of the country to observe the COVID-19 response efforts of LGUs, suggested ways on how Iligan can curb the spread of the disease. 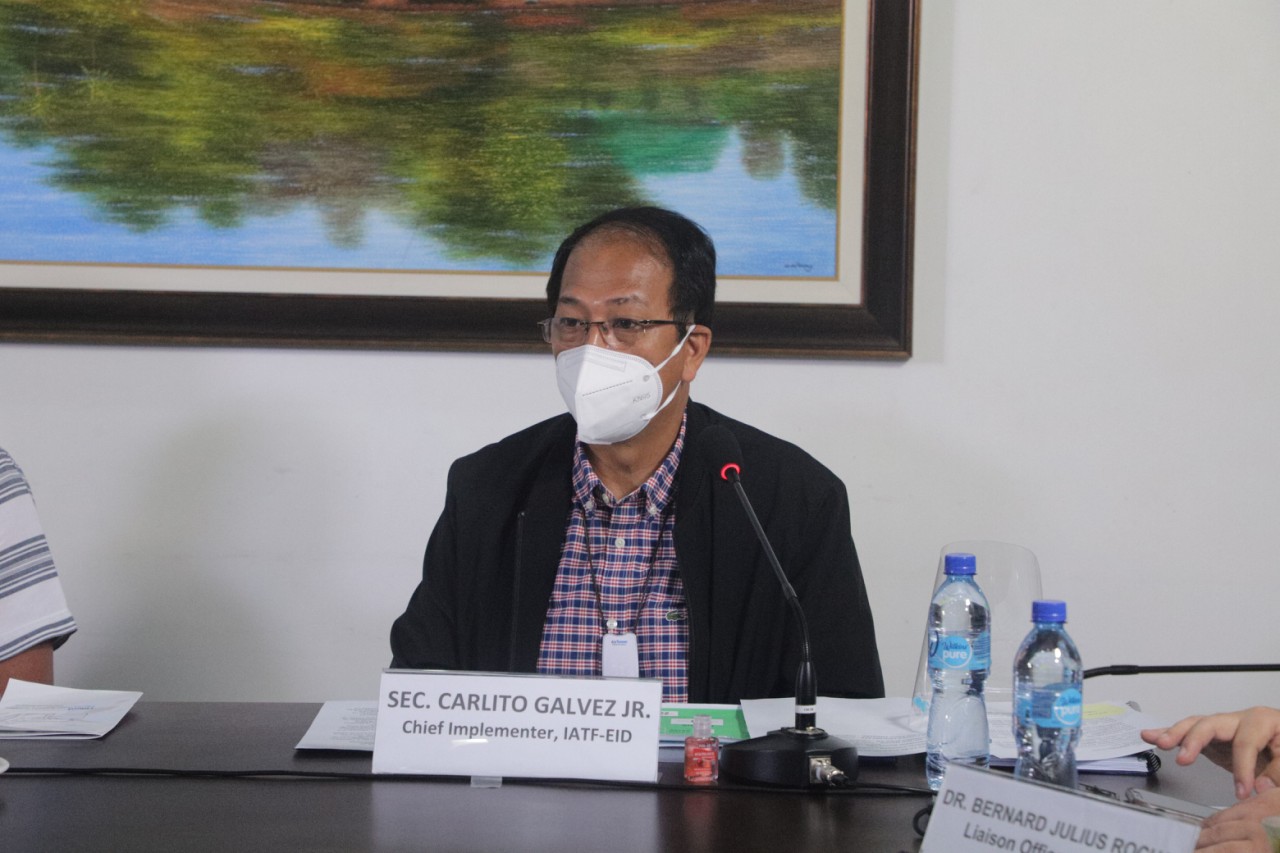 Moreno appealed to his constituents for understanding and compassion during the pandemic.

“We are all in the same boat together, and we need to help each other. Hindi pwedeng focus lang ako sa sarili ko, because the rest will be affecting us if we do not help them,” he added.

Andanar, who hails from Cagayan de Oro, pointed out that such acts of kindness will enable the city to weather the health crisis. 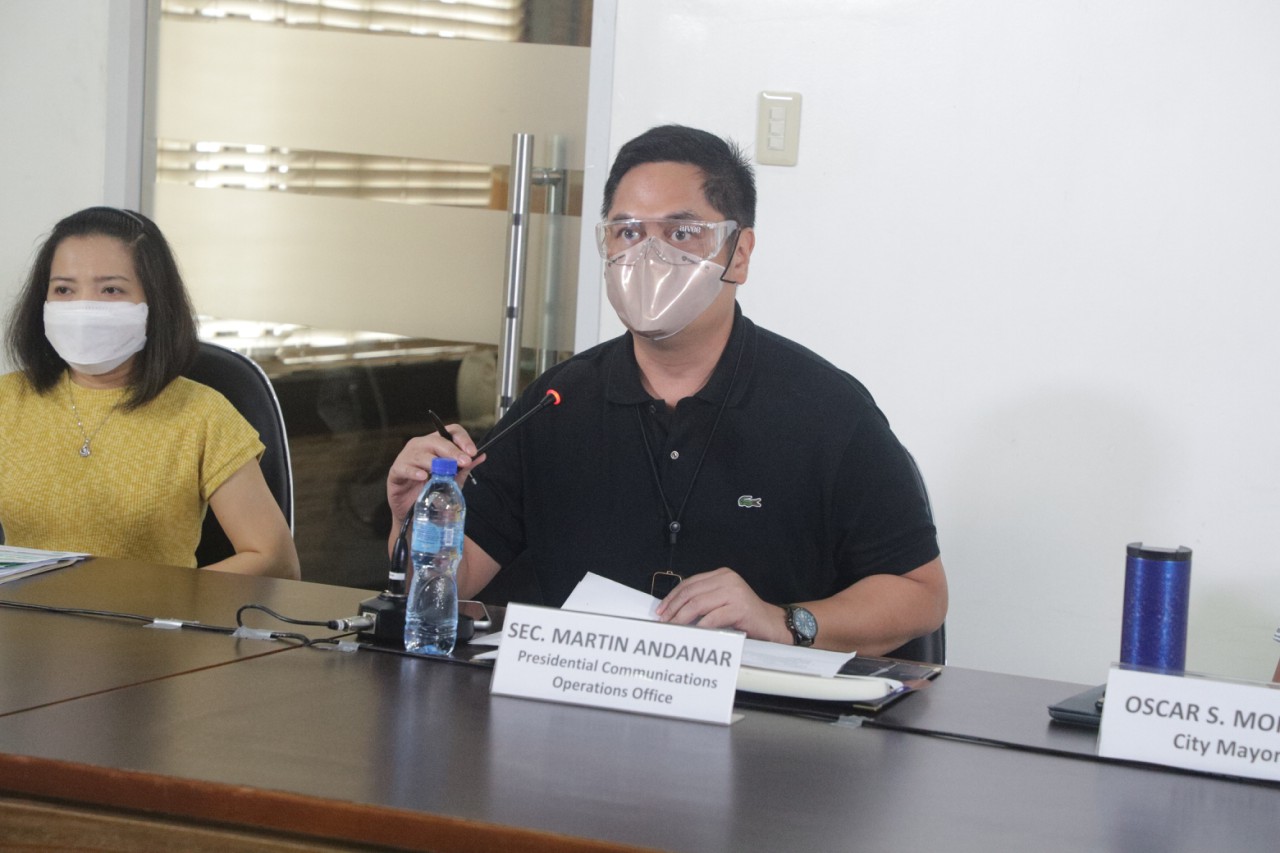 “This is a very good Samaritan gesture from the father of Cagayan de Oro City,” he said.

In the meantime, Galvez directed the Regional Inter-Agency Task Force X to focus on the plight of ROFs and LSIs in the city.

“Tutukan natin ang Iligan. Next week, we will try to go there, dadalhin namin ang CODE (Coordinated Efforts to Defeat Epidemic) Team para makita natin how we can help them (Iligan),” Galvez told the RIATF.

Galvez also highlighted the key role of the region’s contact tracing teams, composed of uniformed personnel, in the fight against COVID-19. 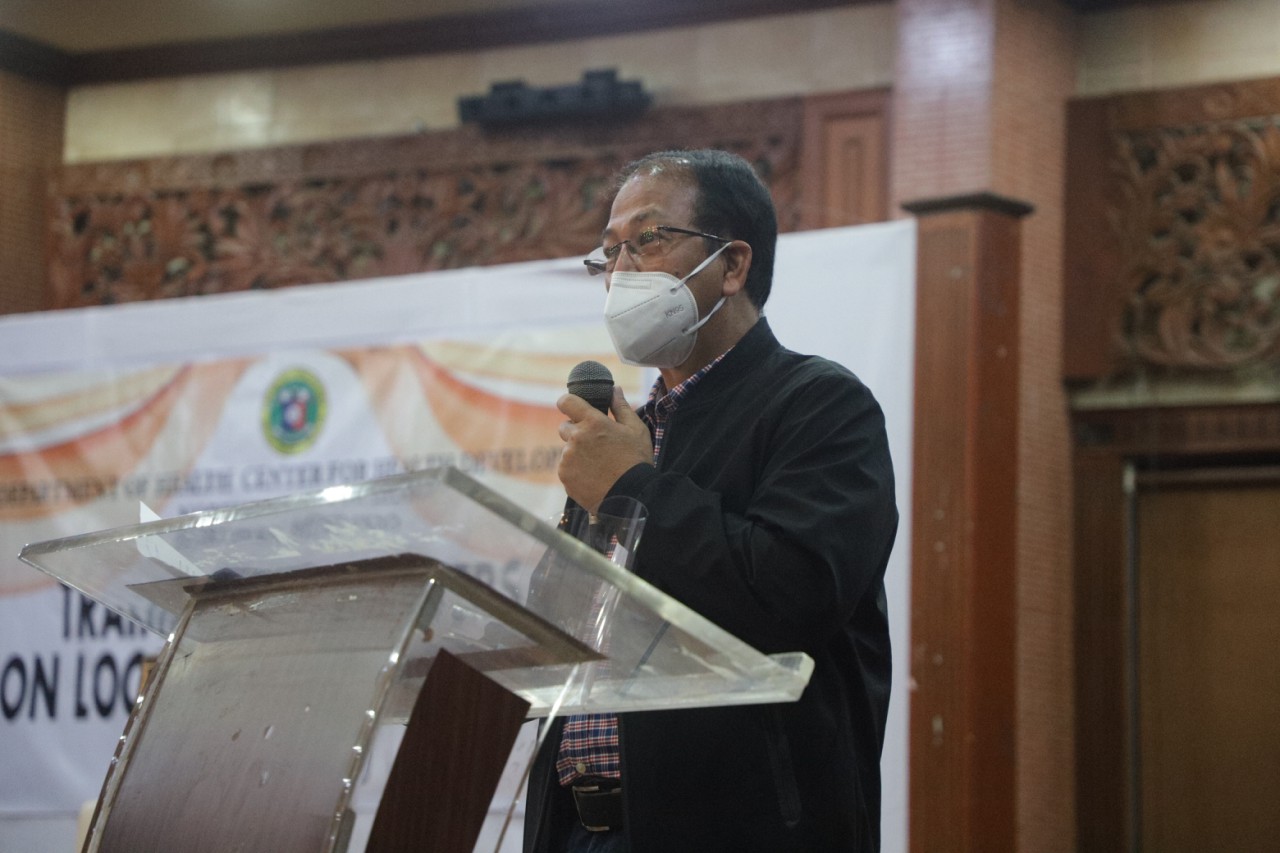 This is our defining moment. This is the time to work together to save lives, our people, to save humanity,” the Chief Implementer stressed.  ###