STA. ROSA, LAGUNA (25, July 2020) – The private sector continues to demonstrate that it is a reliable partner of government, as the two work together to strengthen the country’s health system and address the challenges brought about by the COVID-19 pandemic.

This developed as officials of the Inter-Agency Task Force on Emerging Infectious Diseases (IATF-EID) and the National Task Force on COVID-19 met with executives of the Ayala Corporation and its health arm, Ayala Healthcare Holdings Inc. (AC Health), to discuss best practices and find more effective ways to contain the spread of the virus. 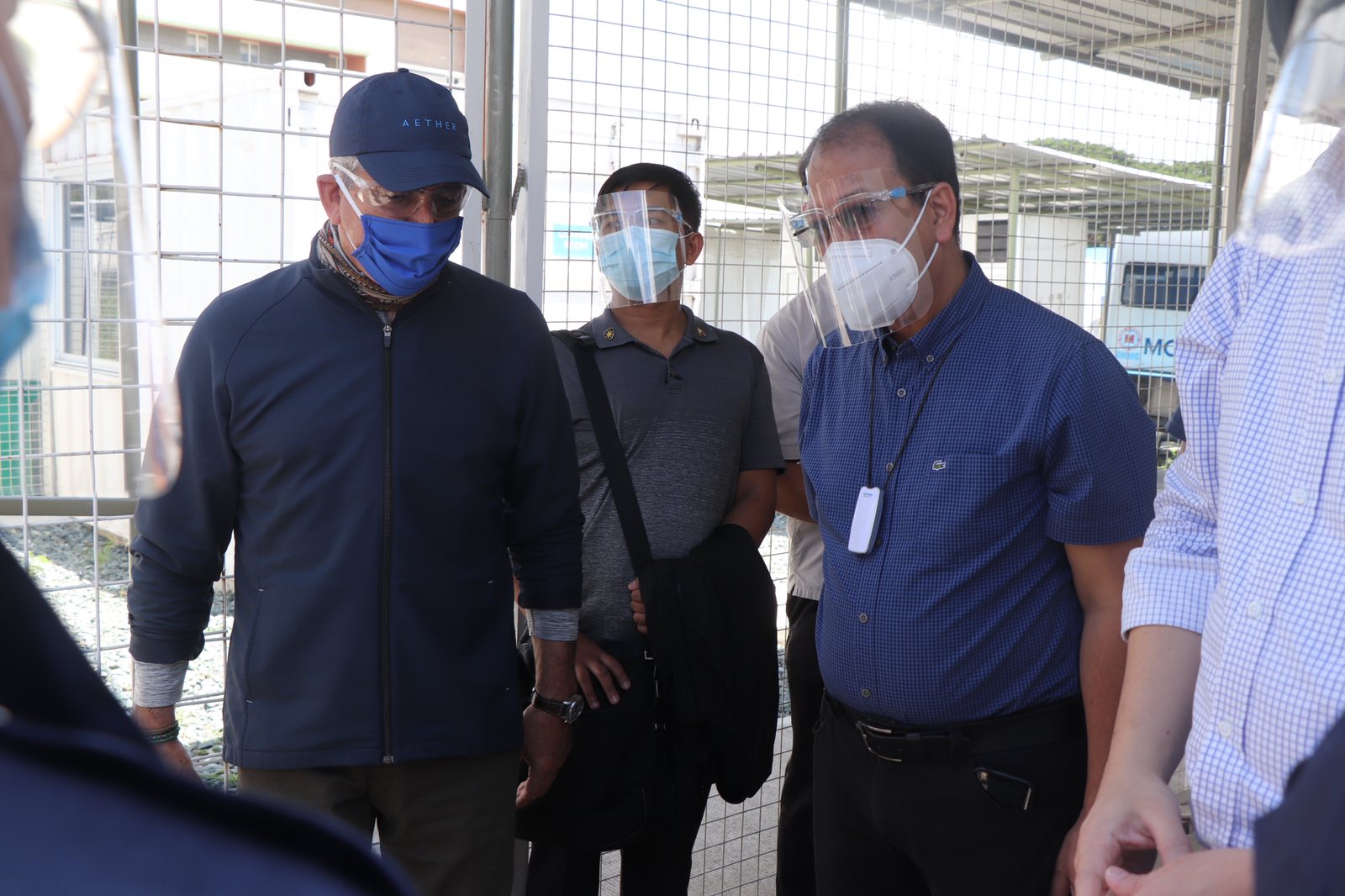 During the meeting, AC Health’s President and CEO Paolo Borromeo presented the company’s “Project T3,” which aims to contribute in scaling up the country’s testing capacity. It is anchored in the government’s “T3” strategy which refers to test, trace and treat.

As part of this initiative, the AC Health partnered with Qualimed Health Network, led by its president and CEO, Dr. Edwin Mercado, to construct Biosafety Level-2 (BSL-2) laboratories. 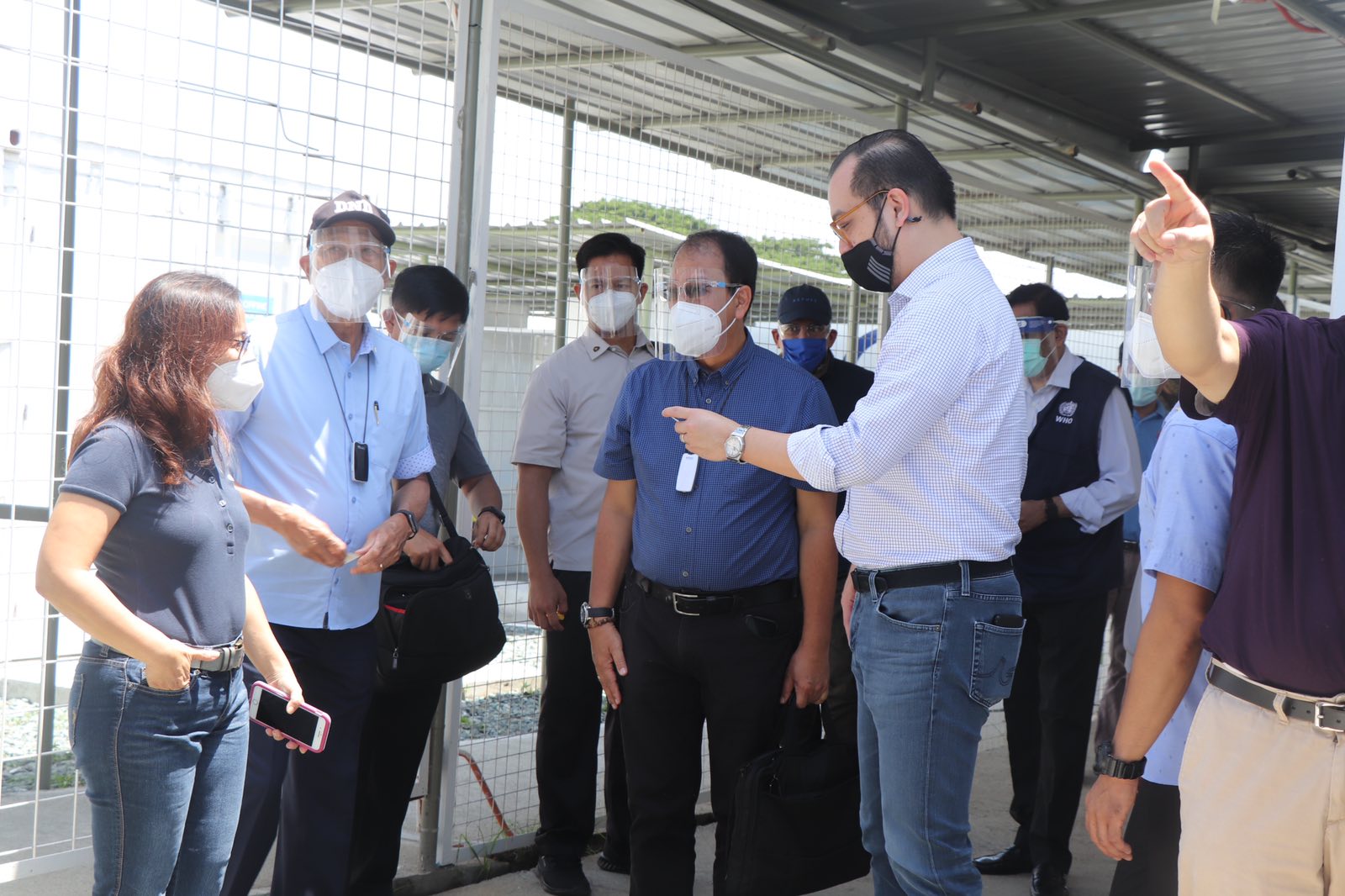 This collaboration has led to the establishment of four Qualimed Hospitals which are capable of conducting around 800 to 1,000 RT-PCR tests per day. The facilities are located in Laguna, Bulacan, Batangas and Iloilo.

According to Borromeo, AC Health also received generous support from the Aboitiz group, Yuchengco group, Gokongwei group, Metrobank group, and the Lopez group in the construction of these Project T3 laboratories.

“It was an easy decision, it was an easy business decision for all of us. In a split second, every one said ‘approved’ and we built all of these labs together,” he said.

Aside from building testing laboratories, AC Health has also donated RT-PCR machines to the University of Cebu Medical Center (UCMed) and Southern Philippines Medical Center in Davao, took part in the conversion of the World Trade Center into one of the country’s Mega COVID-19 Quarantine facilities, and donated swabbing booths to the Mega Swabbing facilities.

“It’s been a pleasure working with all of you. The private sector and the government just have to work hand-in-hand. It is a problem that affects us all. Please count on our support with anything that you need,” Zobel de Ayala said. 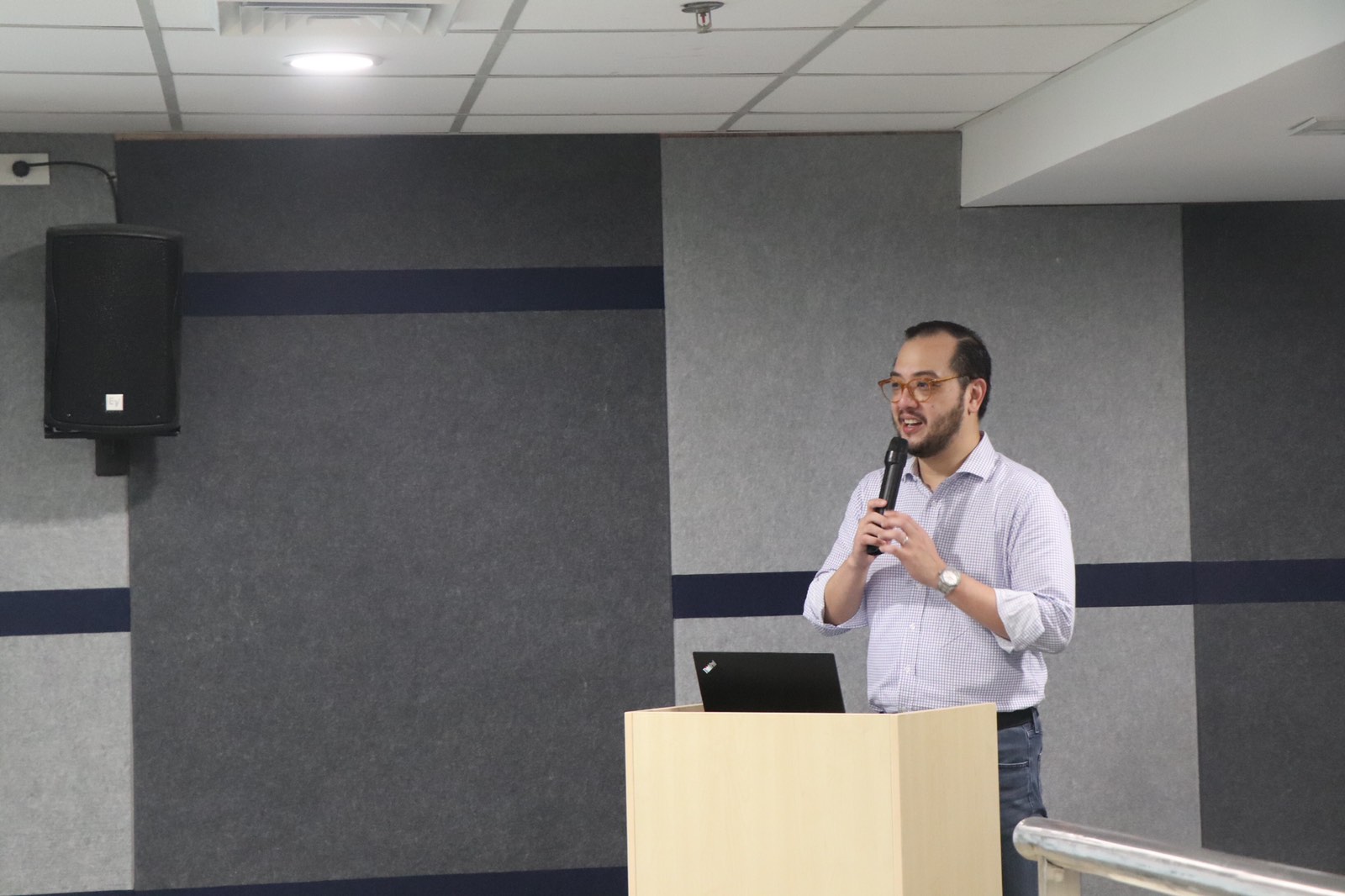 For his part, Ayala Corp President Fernando Zobel de Ayala noted that it was through the leadership of IATF officials that the company and its partners were able to scale up the construction of their health facilities.

“We really have been working to partner with the government from the very beginning. We are learning together, but through your leadership, we’ve been able to scale up a lot of our facilities,” the business executive said.

“As you’ve mentioned secretaries, the one benefit that’s coming out in all of this is, I think, we are radically upgrading all the healthcare facilities in the country during this time. We are delighted that we are able to help in any way. Please count on our support,” he added.

Meanwhile, Secretary of Health and IATF Chairperson Francisco T. Duque lauded the private sector for the various initiatives it is carrying out to boost the nation’s health system.

“The Ayala Group of companies is stellar in terms of its manifestations of corporate social responsibility and again, we salute you for that. I hope that everybody follows your path,” Duque said. 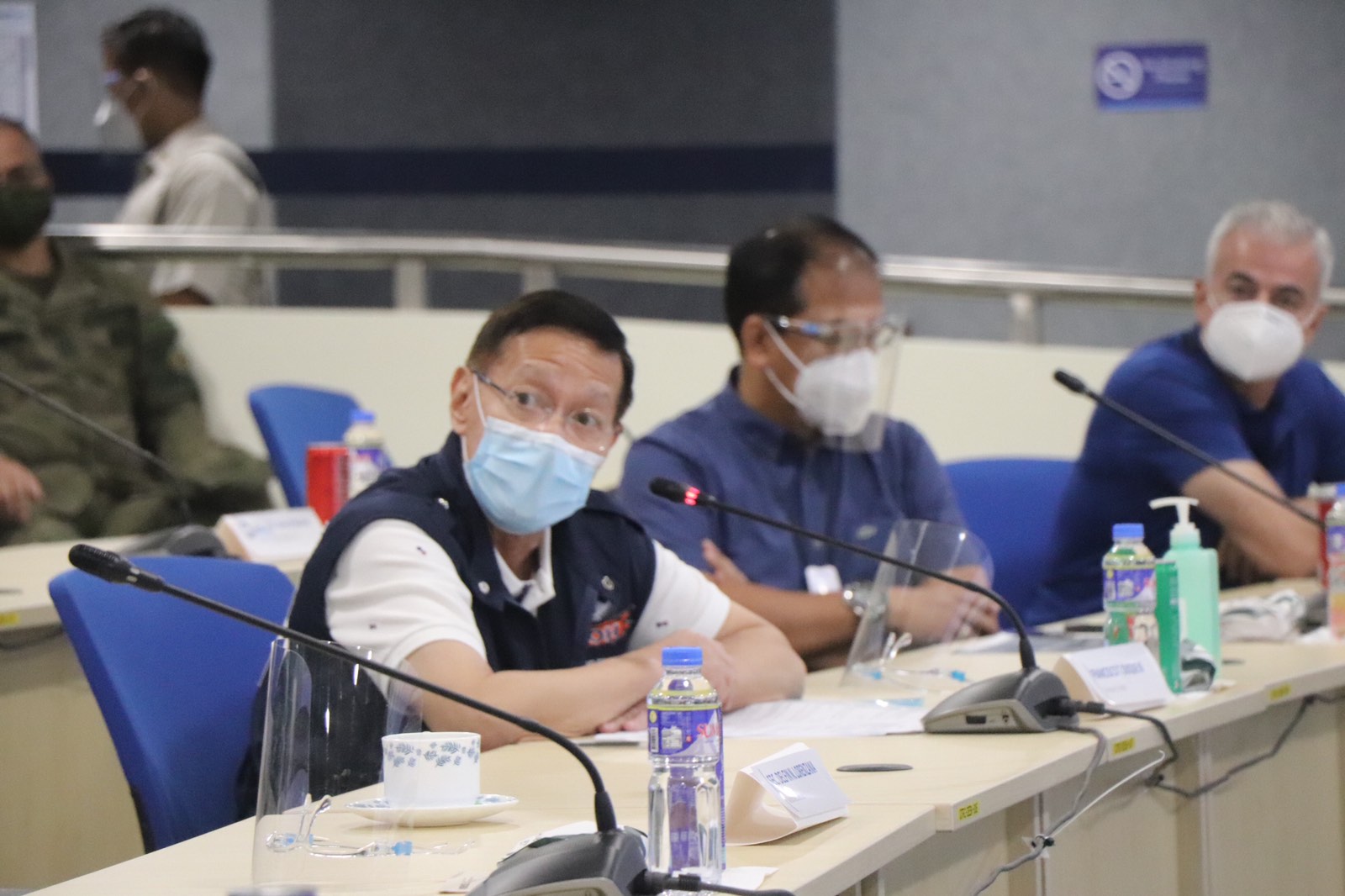 National Action Plan Chief Implementer Carlito G. Galvez Jr expressed his gratitude to the Ayala Group and other private companies and organizations for playing a key role in the nation’s fight battle COVID-19.

“They (private sector) are the first one to respond when the government called for action. They accepted the challenge, particularly in building testing, quarantine and mega swabbing facilties,” Galvez said. 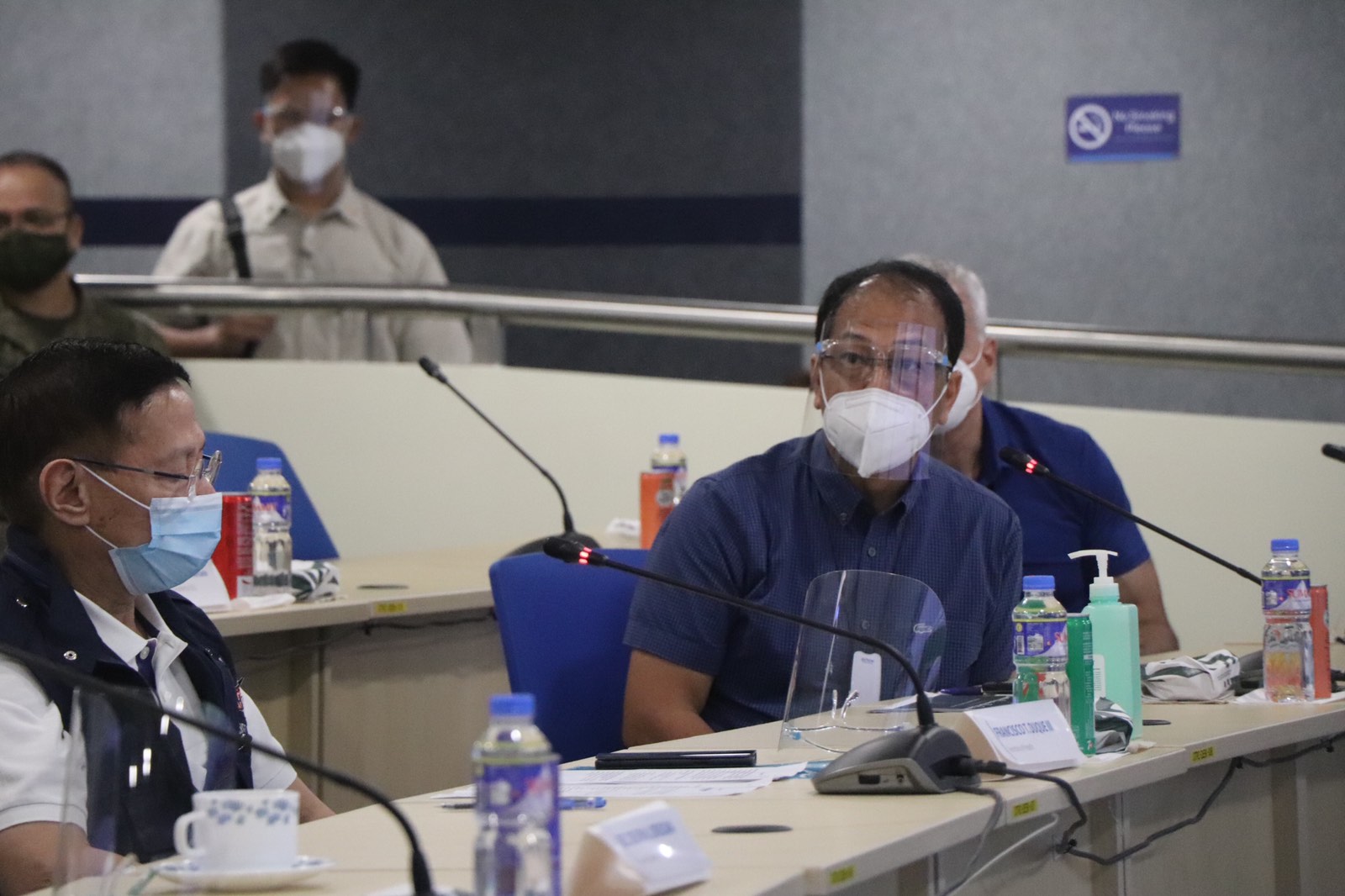 After the meeting, the IATF and NTF officials proceed to Biñan, Laguna to inspect the temporary treatment and monitoring facility at the Alonte Sports Complex, and witness the send off for patients who have recovered from COVID-19. ###