CAMP AGUINALDO, QUEZON CITY (April 4, 2020) – The conversion of the Rizal Memorial Complex into a quarantine facility for COVID-19 patients will be completed and operational by April 6, Monday, according to National Task Force (NTF) against COVID-19 Chief Implementer Carlito G. Galvez Jr.

“The Rizal Memorial Complex will be operationalized by Monday. We will inspect it and ensure the quality of its facilities. The Philippine General Hospital will then transfer its COVID-19 positive asymptomatic and symptomatic patients on Tuesday (April 7),” Galvez told doctors during a teleconference today.

Galvez convened doctors from private hospitals in Manila to discuss pressing logistical concerns which need to be addressed by the NTF.

“Our strategy is to transfer patients with mild COVID-19 symptoms. It will also be manned by three doctors and 50 nurses from the Armed Forces of the Philippines and Philippine National Police medical services,” he explained. 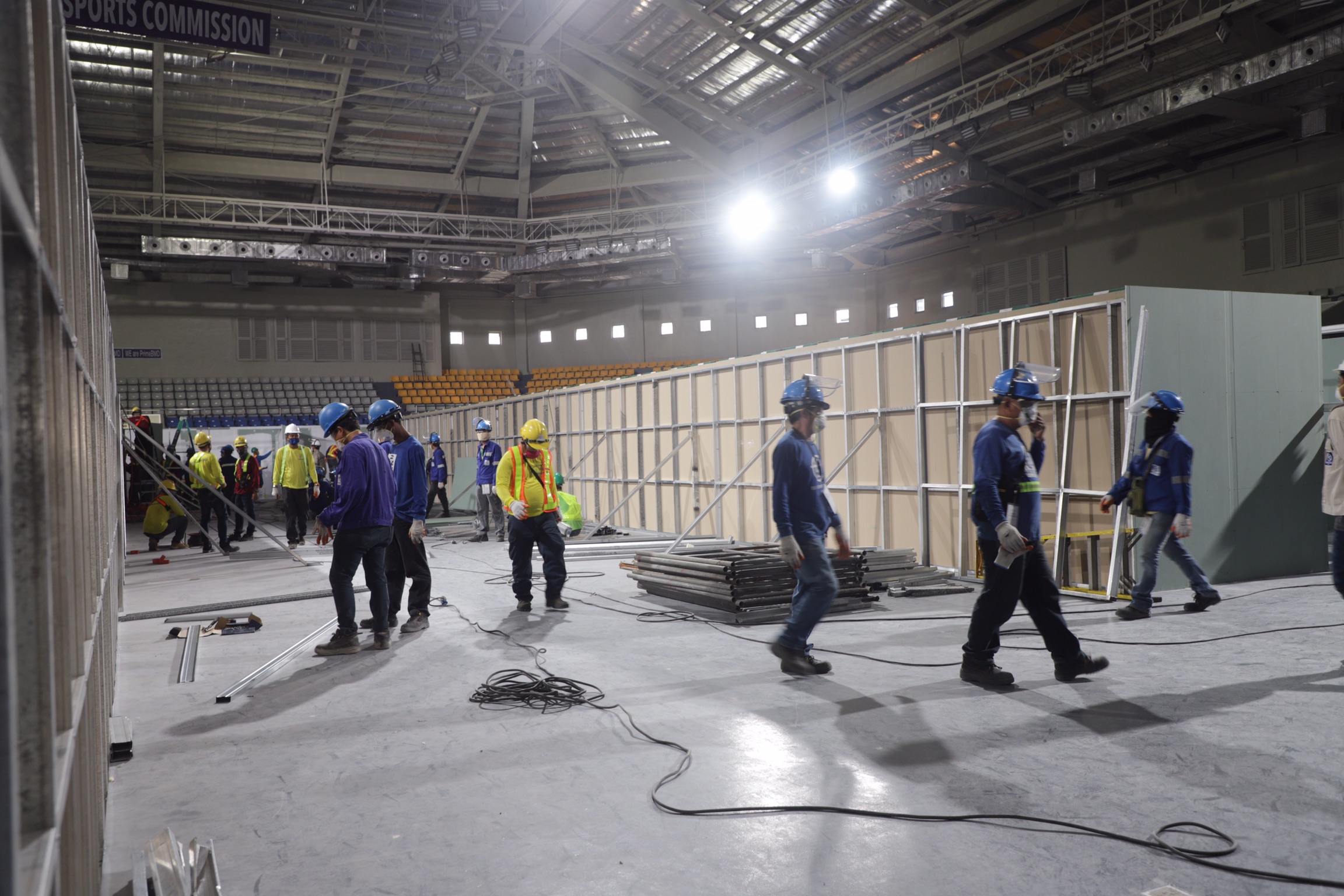 Galvez’ pronouncement was in response to the concern that there are non-COVID-19 patients who need medical attention but cannot do so because clinics are closed to the Luzon-wide Enhance Community Quarantine (ECQ).

To fast track the conversion of sports complexes and convention centers into quarantine sites, the government, through the leadership of Executive Secretary Salvador Medialdea, Bases Conversion and Development Authority (BCDA) Chief Executive Officer Vince Dizon and Department of Public Works and Highways Secretary Mark Villar who partnered with private firms who have pledged to support the task force’s efforts to prevent the spread of the disease and mitigate its impact.

Galvez assured the doctors that the NTF is prioritizing the distribution of essential medical supplies such as personal protective equipment (PPEs) to both government and private hospitals across Metro Manila.

Last March 31, 15,000 PPEs arrived at the Villamor Airbase, 12,000 of which were immediately delivered to COVID-19 designated hospitals which included the Lung Center of the Philippines, Philippine General Hospital, and Jose N. Rodriguez Memorial Hospital, and other hospitals such as the Armed Forces of the Philippines Medical Center, East Avenue Medical Center, and San Lazaro Hospital. ###