President Rodrigo Roa Duterte declared the implementation of ECQ throughout Luzon from March 16 to April 12 as the government ramped up its efforts to contain the spread of the disease.

The lockdown was later extended by the President until April 30 based on the recommendation of the Inter-Agency Task Force on Emerging Infectious Diseases (IATF-EID).

Galvez reminded Filipinos to observe social distancing as this is one of the most effective ways to protect themselves from being infected and curb the spread of the disease.

He cited a number of LGUs in the country which have been able to effectively implement the ECQ and are now reaping positive results.

Creation of TWG for Mass Testing

With the extension of the ECQ, the NTF on COVID-19 recommended to the Inter-Agency Task Force on COVID-19 the creation of a special task group that will spearhead the massive testing of suspected COVID-19-positive individuals.

Around 12,000 sets of personal protective equipment (PPEs) arrived at the Ninoy Aquino International Airport yesterday which is part of the 1 million sets of PPEs worth PhP 1.8 billion procured by the Philippine government from China.

The PPEs were transported to the Philippines at no cost to the government, as they were flown in by Xiamen Air of the People’s Republic of China. 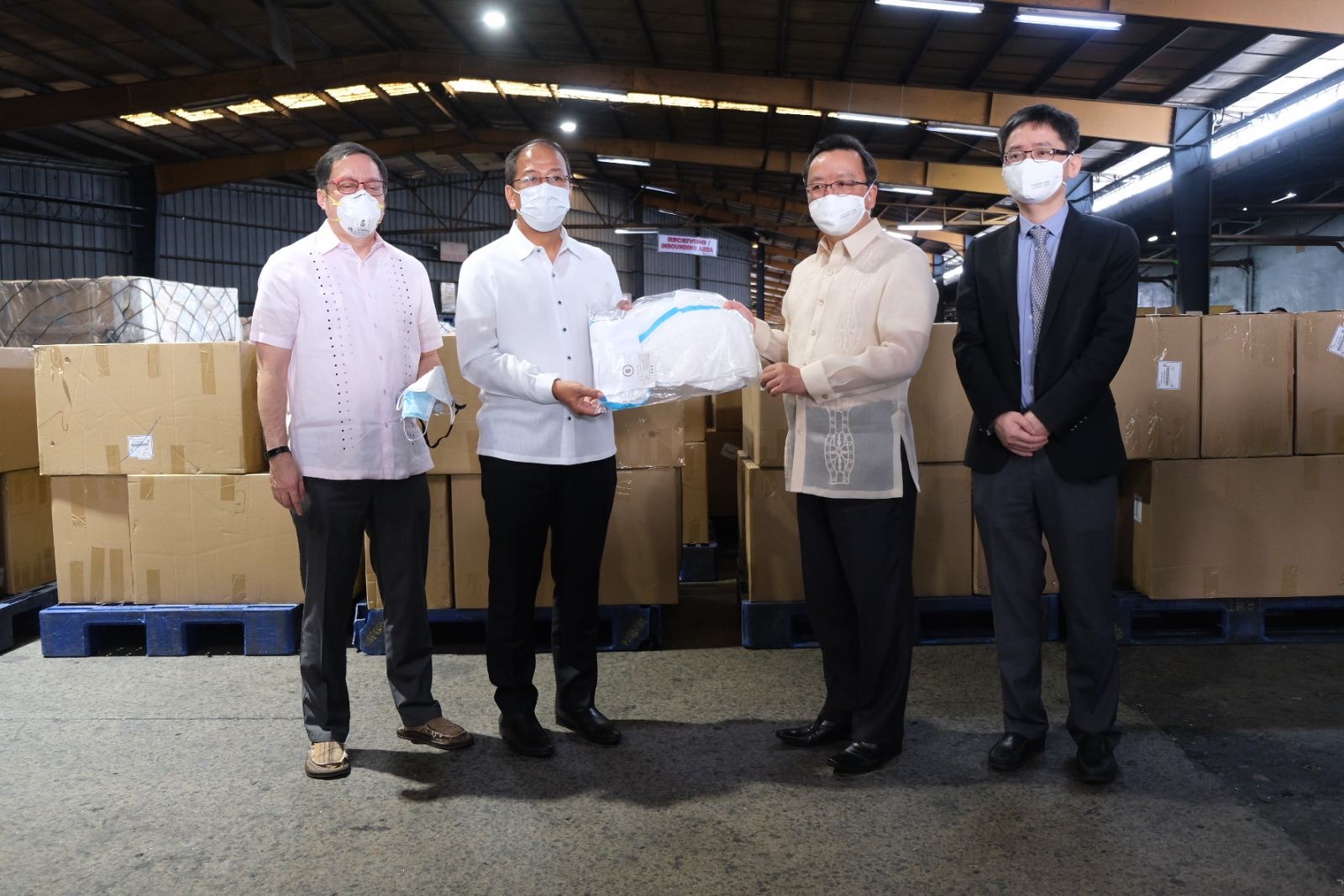 The turnover of  PPEs were led by Galvez and Chinese Ambassador to the Philippines Huang Xilian and witnessed by officials from the Department of Foreign Affairs, Office of the Civil Defense, procurement service of the Department of Budget and Management, and the Chinese Embassy. ###