In a press briefing on March 27, Bangsamoro Transition Authority (BTA) Cabinet Secretary Asnin Pendatun announced the said funds, to be sourced from the Bangsamoro Contingency Fund, will be downloaded to the LGUs through the Ministry of the Interior and Local Government (MILG).

Pendatun said the funds will allow LGUs to procure goods and other vital supplies from markets in their respective areas, and consequently, provide a boost to local economies which have been severely affected by the health crisis. 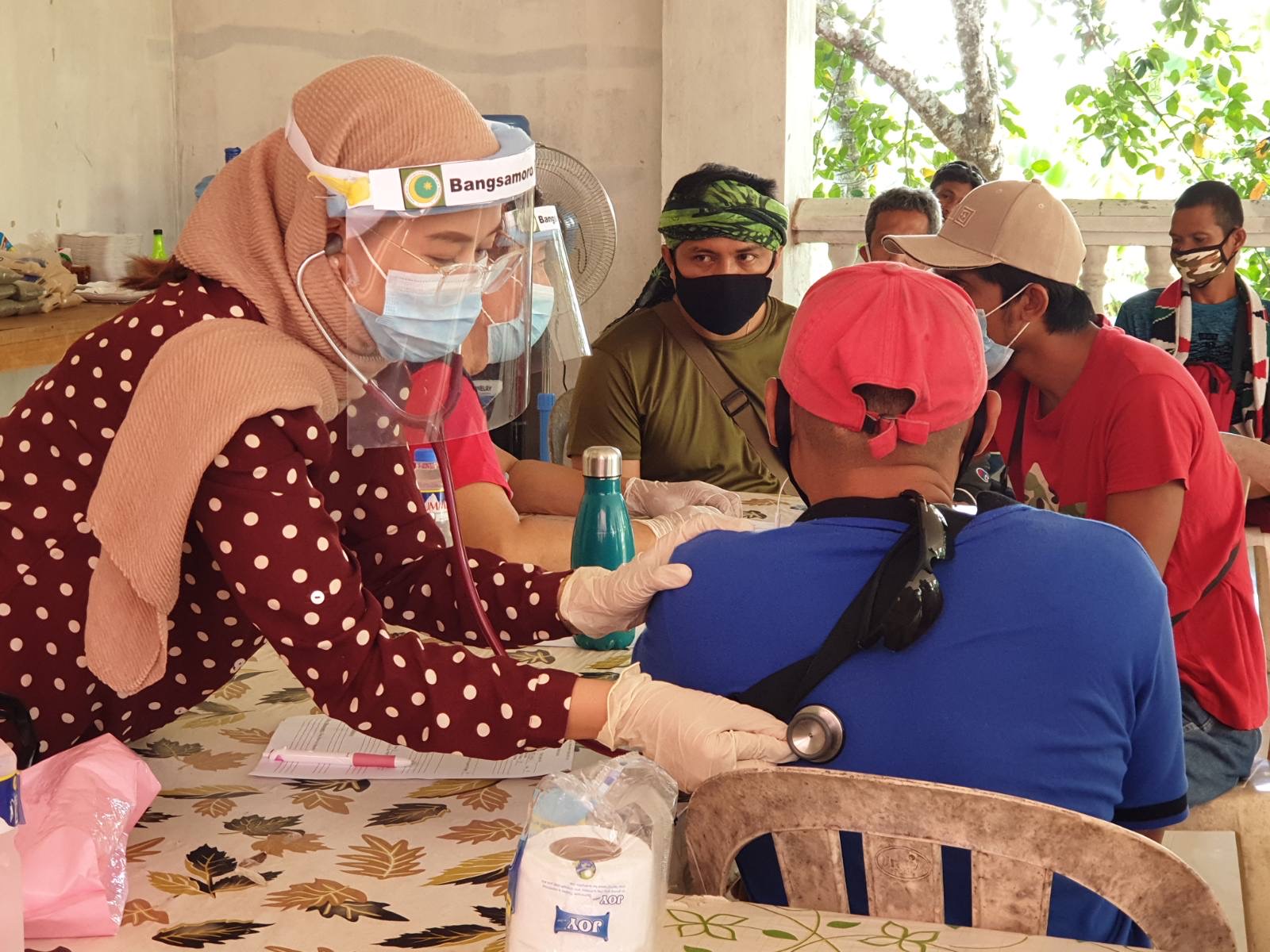 BARMM at one: Rising above the crisis

On March 29, 2019, President Rodrigo Roa Duterte led the historic inauguration of the newly created BARMM government, following the ratification of the Bangsamoro Organic Law (BOL) during a plebiscite held in January of the same year.

A year later, what could have been a vibrant celebration of the Bangsamoro region’s first year anniversary turned out to be low-key commemoration, as the BARMM interim government had to focus its efforts in addressing the COVID-19 pandemic.

In a video message, BARMM Interim Chief Minister Ahod “Murad” Balawag Ebrahim, Al Haj, called on the Bangsamoro people to unite and support the regional government in mitigating the impact of the dreaded disease.

The funds will be used to purchase medical supplies and pay for the allowances of medical personnel conducting thermal scanning and check-ups in municipal boundaries, and keeping track of persons under monitoring (PUMs) and persons under investigation (PUIs).

Medical supplies such as Personal Protective Equipment (PPEs), sanitation supplies, and other protective and essential medical supplies have been procured and distributed to all provinces in the BARMM, according to BARMM Minister of Health Dr. Safrullah Dipatuan.

Dipatuan admitted that the BARMM government is facing a lot of challenges due to the rising number of COVID-19 cases in the region. .

“We have already provided provinces and cities with medical supplies but [in the coming] weeks, there might be another shortage of supplies which is the challenge now,” he said during an interview at the IATF-BARMM.

“All frontliners need to be supplied with protective gear – from medical teams, to the security sector, to government workers, and members of the media. We are all frontliners,” Dipatuan said.

He stressed the need to establish dedicated COVID-19 hospitals in the BARMM to accommodate patients afflicted with the disease. Moreover, the AITF-BARMM is looking into having selected hospitals accredited for COVID-19 testing which will improve the region’s detection and isolation mechanisms.

“We had a meeting with the Department of Health (DOH) national office via teleconference and have already submitted a request to the DOH to accredit our hospitals,” Dipatuan said, adding the agency needs to inspect bio-safety cabinets and negative pressure systems in the proposed COVID-19 facilities.

The health minister also bared his office has forged a partnership with the United Nations Development Programme (UNDP), wherein the latter has pledged to donate ventilators to hospitals in the BARMM.

Convergence of efforts against COVID-19

As the nation confronts a major health crisis, its response against the spread of COVID-19 should not be the responsibility of the government alone.  To effectively address the situation, there is a need for greater synergy between line agencies, LGUs, and the various sectors of the community.

Presidential Peace Adviser Carlito G. Galvez, Jr., who was recently appointed as chief implementer of the government’s National Action Plan (NAP) against COVID-19, acknowledges the need to marshall the state’s resources as “this is a crisis which cuts across social, economic and public safety domains.”

“The major interventions shall be implemented by the lead agencies where local government units play the decentralized leading role in addressing local concerns. This shall be done through a unified response by the regional, provincial and local incident commands,” Galvez said.

Inspired by the initiatives implemented by the Office of the Chief Minister, Ministry of Health, and Ministry of Interior and Local Government to address the crisis, other BARMM ministries are also mobilizing their manpower and resources to support the regional government’s efforts.

The Ministry of Social Welfare and Development (MSWD) has distributed relief goods to PUMs, PUIs, and marginalized sectors throughout the region, including displaced pedicab drivers who had to stop working due to the enhanced community quarantines.

The Ministry of Agriculture, Fisheries, and Agrarian Reform (MAFAR), on the other hand, has ensured the stability of the food production chain of the region, as it distributed hundreds of bags of assorted vegetable seeds to farmers across the Region.

Galvez is optimistic that through these multi-pronged efforts, the impact of the crisis will be mitigated, as the health, security, and socio-economic aspects of the pandemic are effectively addressed.

“I am calling on the Bangsamoro people and all Filipinos to stand with our government. We need your full cooperation so we can overcome this crisis. I have no doubt we shall win this battle if we are united and work hand in hand,” he said.

Meanwhile, UNDP Resident Representative in the Philippines Titon Mitra highlighted the significant task of the Bangsamoro Region to maintain its peace building work and dealing with the spread of COVID-19.

“The Bangsamoro Region has the huge task of maintaining its peace building work while dealing with COVID-19. It is important to ensure that the Joint Peace and Security Teams can still do their part despite the quarantine restrictions and difficulties in accessing food supplies. COVID-19 should not be allowed to roll back four decades of efforts to achieve lasting peace,” he said. ### 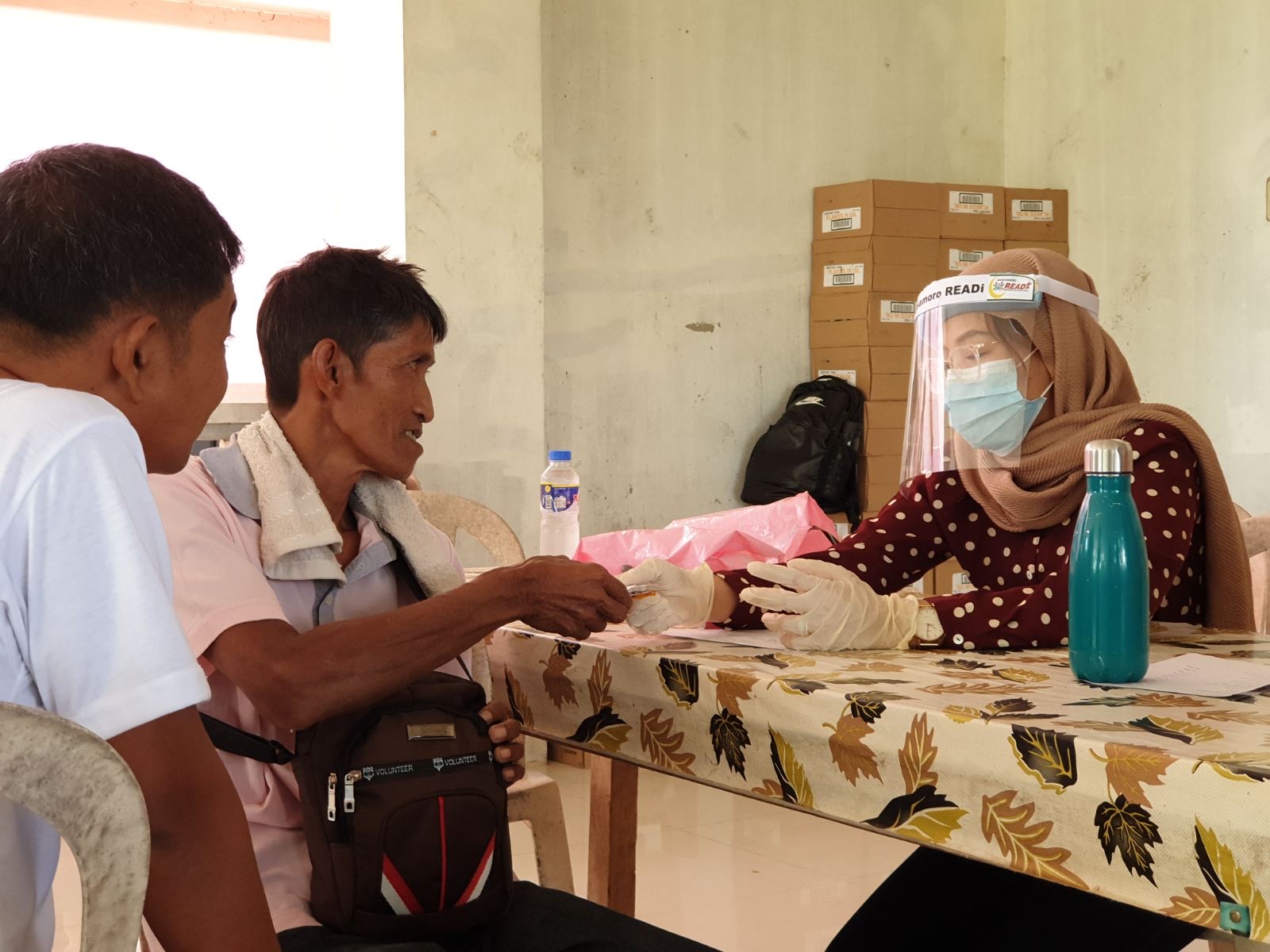