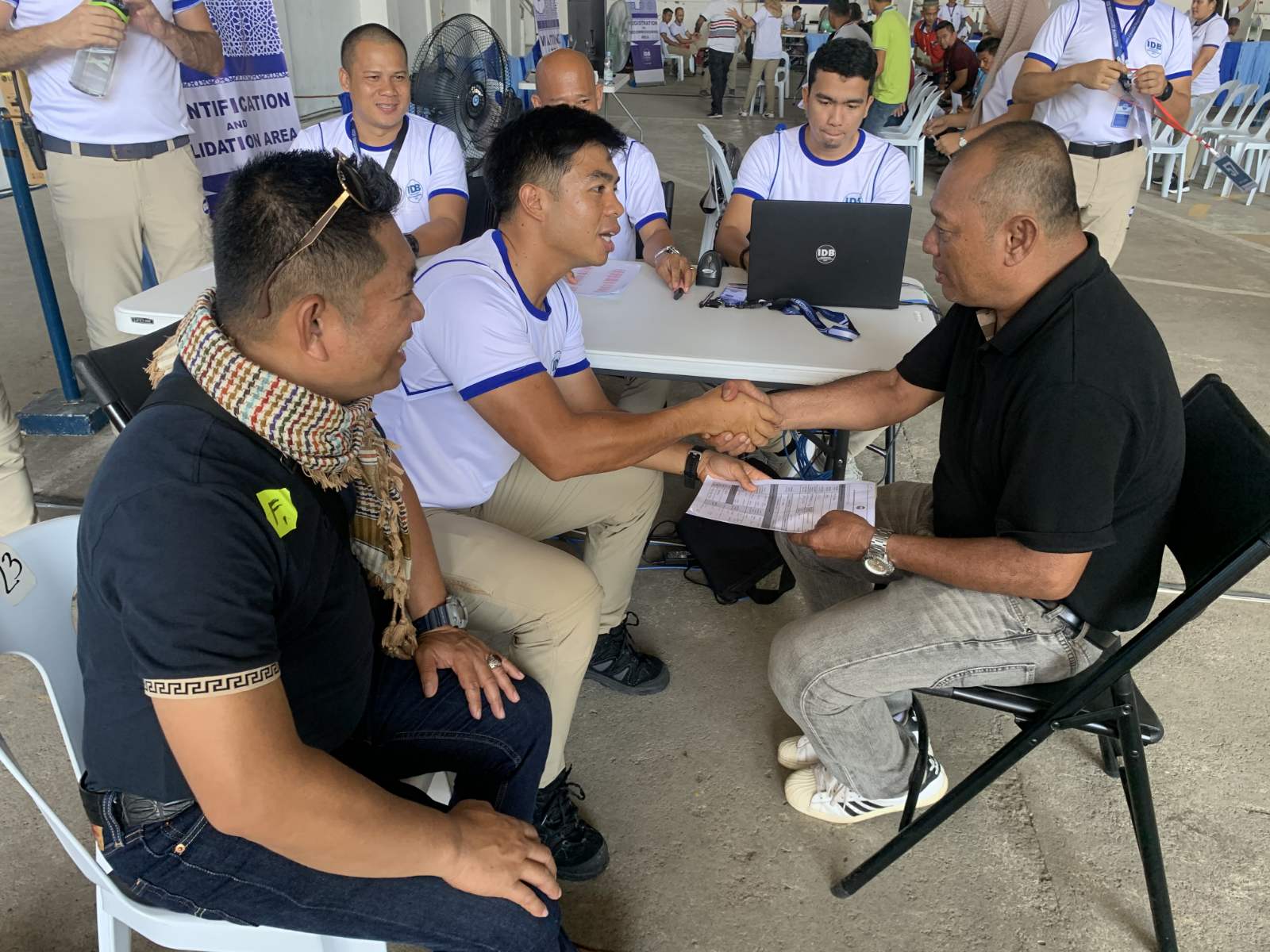 However, the peace agreement in 2014 and the subsequent passage and ratification of the Bangsamoro Organic Law (BOL) has shifted the MILF’s struggle from an armed one into a peaceful, and development-driven revolution.

This development has given way to the transformation of communities once wracked by armed conflict and the implementation of more responsive policies under the leadership of the newly-established Bangsamoro Autonomous Region in Muslim Mindanao (BARMM) interim government.

(We will invest. I told my comrades, whatever we receive in this decommissioning, we will use as an instrument towards our long-awaited peace. We all believe that peace comes from within us.) Each decommissioned combatant received a total of PhP 100,000 in transitory cash assistance from the government. 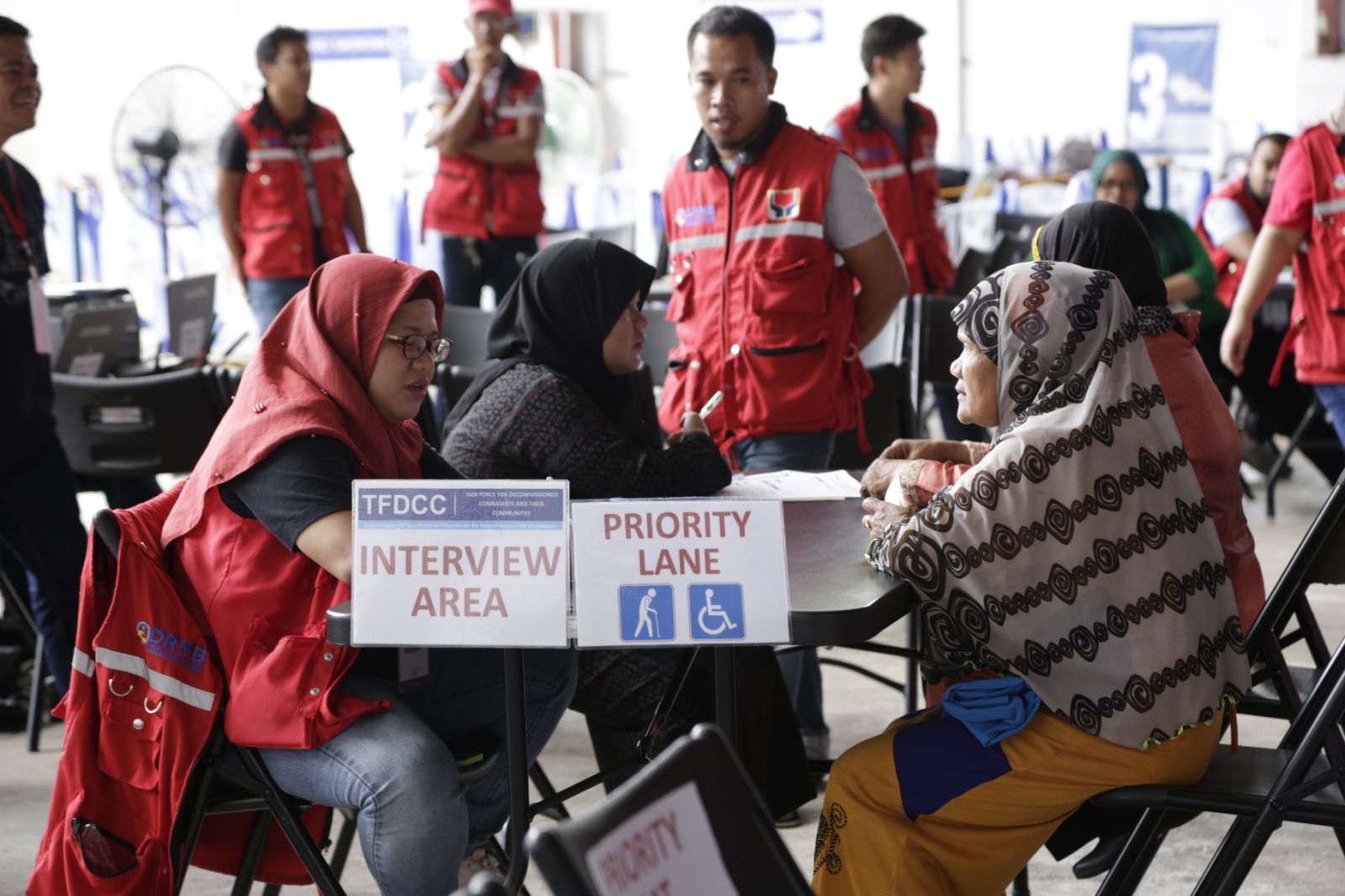 The PhP80,000 was provided under the Bangsamoro Transitory Family Support Package (BTFS) and the remaining PhP20,000 was sourced from the Livelihood Settlement Grant (LSG), a fund that was created in partnership between the Office of the Presidential Adviser on the Peace Process (OPAPP) and the Department of Social Welfare and Development (DSWD). 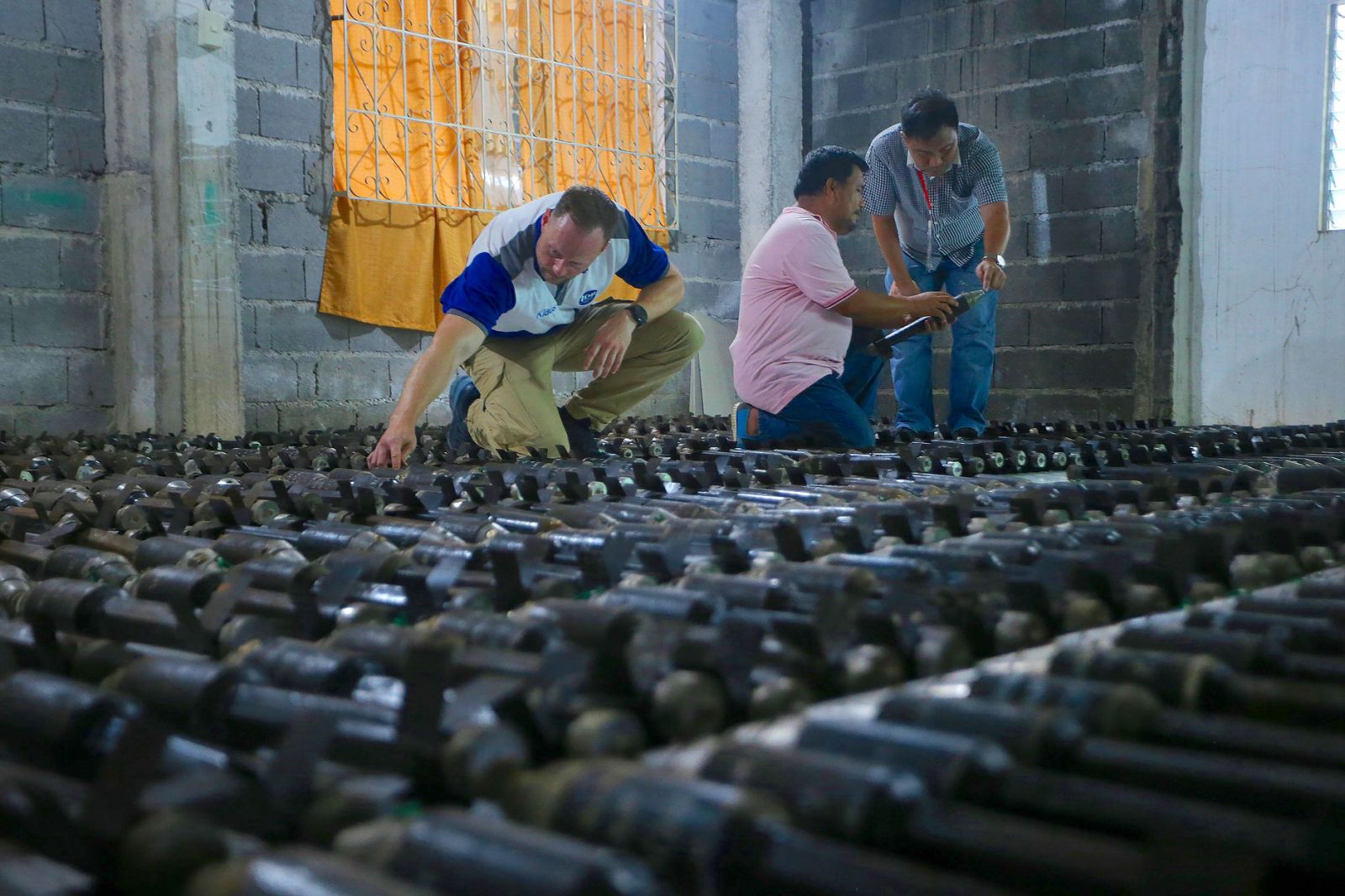 Members of the IDB inspect the 500 decommissioned RPG ammunition.

(I hope that our lives and mindsets would be back to normal, that we wouldn’t go back to what happened before. As for our families, we have to encourage our children to study not only western education but Islamic studies as well.)

Of the decommissioned combatants, 98.29% or 11,795 of them were males while 1.71% or 205 of them belonged to the Bangsamoro Islamic Womens’ Auxilliary Brigade (BIWAB). Senior and disabled members of the MILF-BIAF accounted for 4.63% of the total number.

At least 2,100 assorted weapons and more than 500 ammunitions were also turned over by the former combatants to the Independent Decommissioning Body (IDB). 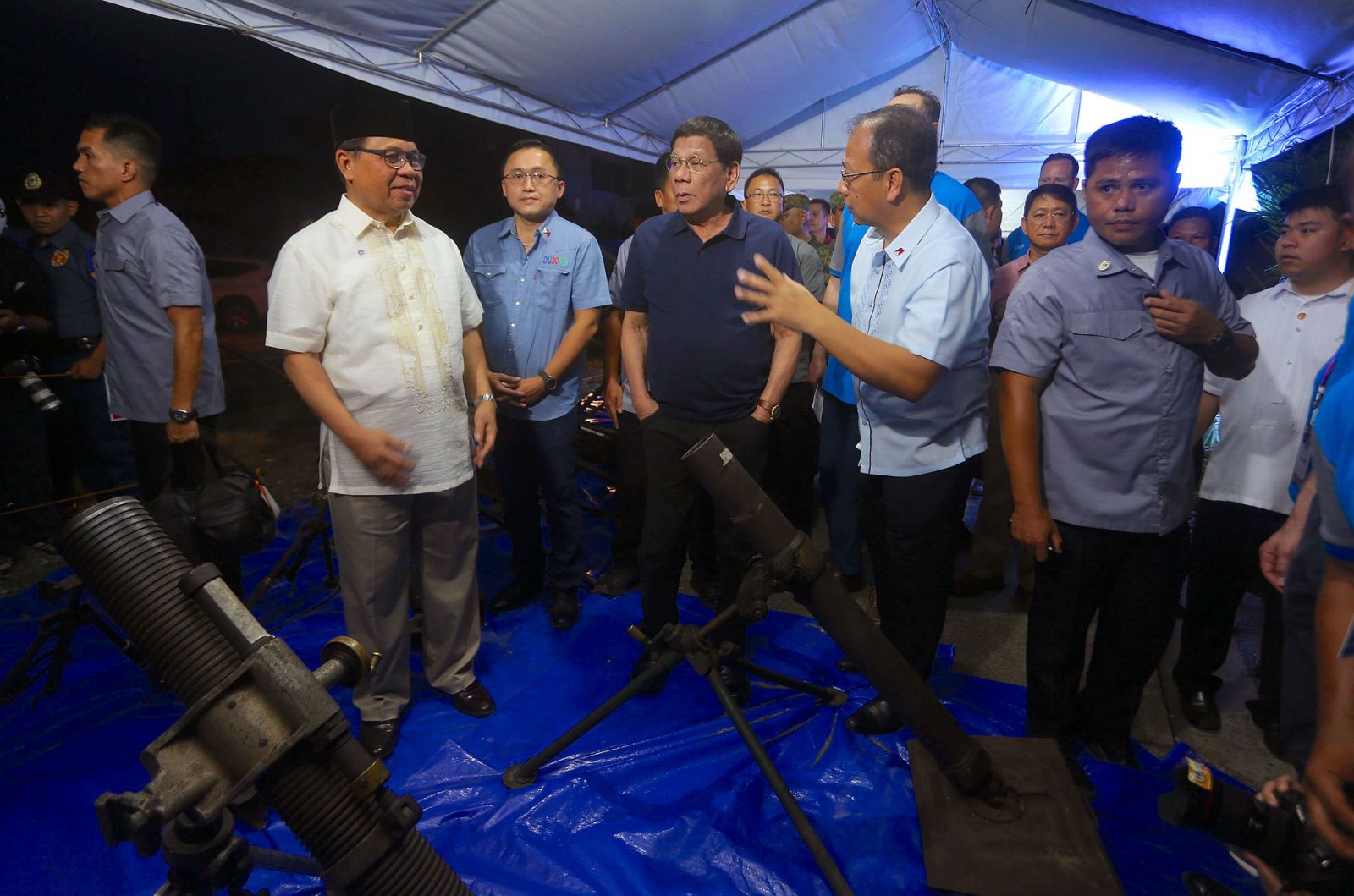 Combatants aboard Joint Peace and Security Team (JPST) vehicles are transported from the APA site back to their communities.MILF members from Basilan and Sulu patiently await on board a passenger ship en route to Maguindanao for decommissioning.

Gearing up for the third phase of decommissioning 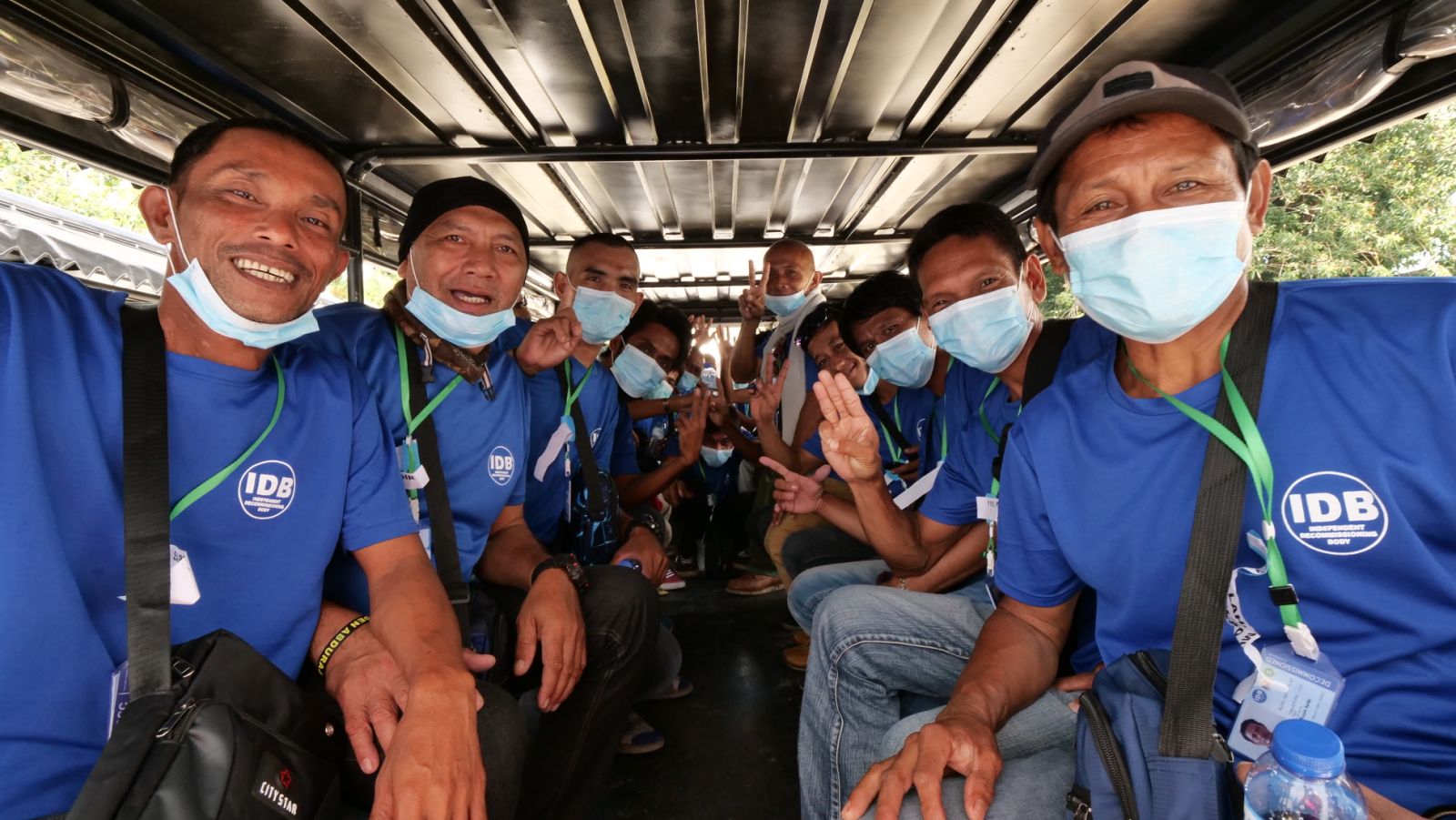 Iqbal explained that phase three of the decommissioning process, which will be composed of 35% of the total 40,000 combatants to be decommissioned under the normalization track of the CAB, shall be triggered by operationalization of the Bangsamoro police force.

He added that for the fourth and final phase of decommissioning to take place, Iqbal said a “substantial compliance of both parties of all the provisions of the [peace] agreement” have to be complied with.

For 2020, the government has earmarked a total of PhP2.4 Billion to implement the other aspects of normalization which include education, health, technical and livelihood training, livelihood programs and assistance, agriculture support, social interventions, and camps transformation.

All hands on deck for normalization

Local, national, and international peace partners were all engaged by the government to ensure the effective implementation of the normalization track.

In 2019, Office of the Presidential Adviser on the Peace Process inked a memorandum of agreement with peace partners from the government and private sector to implement programs under the different normalization components: security, socioeconomic, confidence-building measures, and transitional justice and reconciliation.

“We would like to recognize the invaluable contribution of all our peace partners who have gone beyond the call of duty to uplift the lives of our Moro brothers and sisters. Through the various programs and projects they are implementing, they are helping create better and more economic opportunities for the Bangsamoro People,” said OPAPP Undersecretary David B. Diciano. 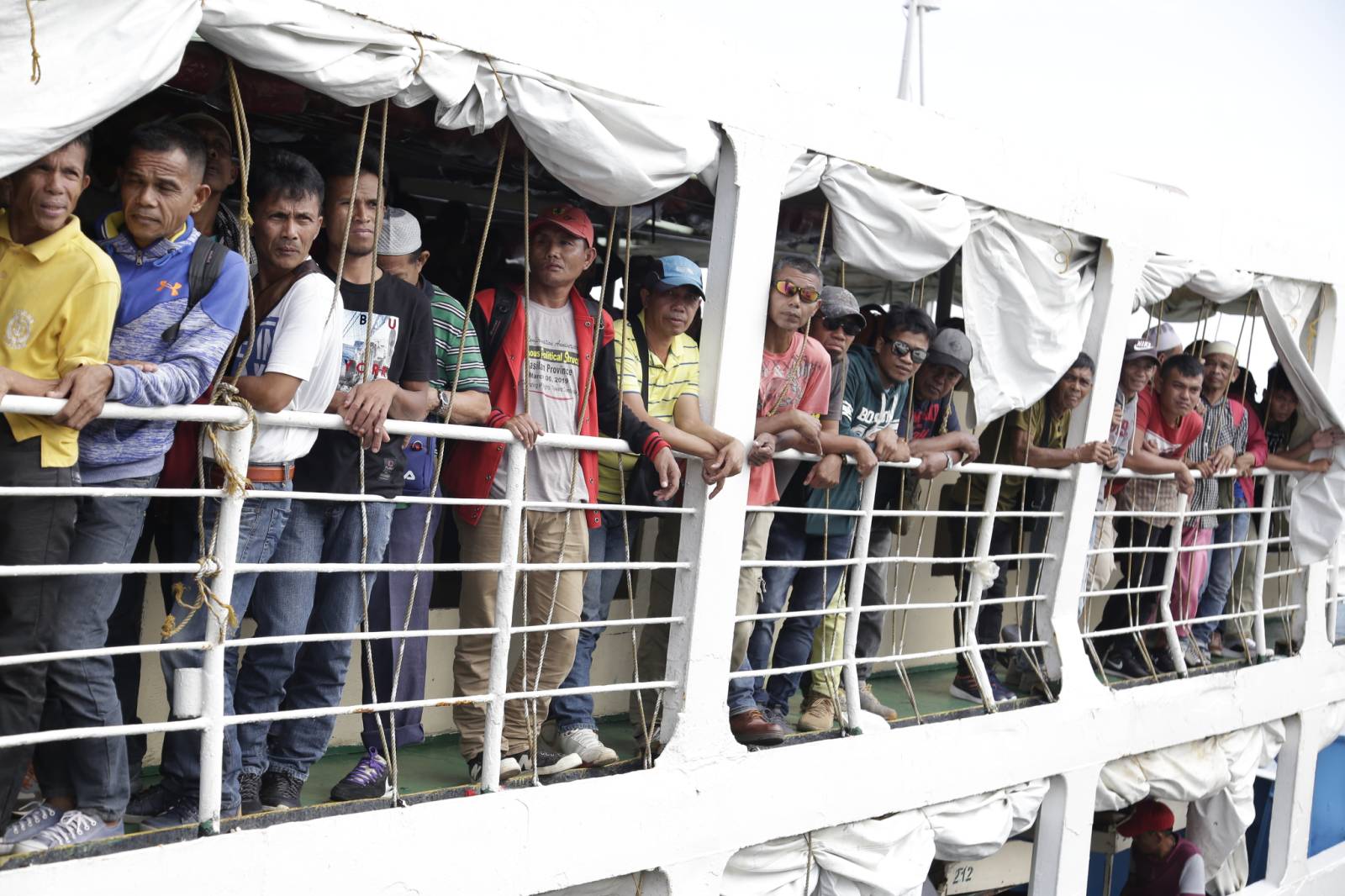 Earlier this month, members of the international community expressed their strong commitment to the Bangsamoro Peace Process during a Senate committee hearing on the BOL’s implementation. Among those who attended the hearing were the European Union (EU), Embassy of Turkey, Embassy of Japan, and the British Embassy.