PASAY CITY, 11 MARCH 2020 – The implementation of Republic Act No. 11054 or the Bangsamoro Organic Law (BOL) and the ongoing transition of the Bangsamoro Autonomous Region in Muslim Mindanao (BARMM) remains on track amidst the challenges being faced by the national and Bangsamoro governments.

“The mandate of the new Bangsamoro government is that we shall always be cooperative and collaborative with all endeavors to pursue good governance and ultimately development,” said Atty. Ali Pangalian Balindong, speaker of the BARMM Parliament during Tuesday’s hearing called for by the Senate Committee on Local Government.

Headed by Senator Francis N. Tolentino, the committee hearing aimed to raise key issues regarding the BOL’s implementation and solicit recommendations from stakeholders on how to best address them.

Tolentino emphasized that the purpose of the hearing was to ensure that the BARMM gets all the resources it needs as it goes through the crucial transition phase, saying “the purpose of this committee hearing is really for the (Senate) to be of assistance in so far as making sure that the baby steps are correct and in the right direction.”

Tolentino underscored the Senate’s commitment to help uplift the lives of the Bangsamoro people, and unleash the full economic potential of the region.

“We are assisting in the baby steps but we would want to ensure that these would be translated into successful adult strides because the success of BARMM is the success of the Philippines,” he said.

Naguib G. Sinarimbo, BARMM’s Minister of the Interior and Local Government, who provided updates on the status of the BOL and BARMM during the hearing, emphasized that “the transition in the Bangsamoro is a complex one.”

“What is important to remember is we are also building institutions and strengthening the institutions,” Sinarimbo pointed out.

Responding to queries on the status of the BOL’s implementation, Presidential Peace Adviser Carlito Galvez Jr. highlighted the efforts being undertaken by the national and Bangsamoro Governments to further strengthen relations between both two parties.

“There may be challenges along the way but it’s natural as we transform the region. What I am seeing here is the dedication and commitment of local stakeholders, including the foreign donor community, to create the conditions wherein the Bangsamoro people can build a better and brighter future,” Galvez said at the sidelines of the hearing.

“One thing is very clear in this hearing and that is, the entire process is still on track despite the challenges. It remains true to the spirit of the peace agreement that the government and the Moro Islamic Liberation Front signed six years ago,” he noted.

“I am very positive that with the mechanisms that are now being put in place, we can surmount all of the challenges we are facing,” Galvez added. 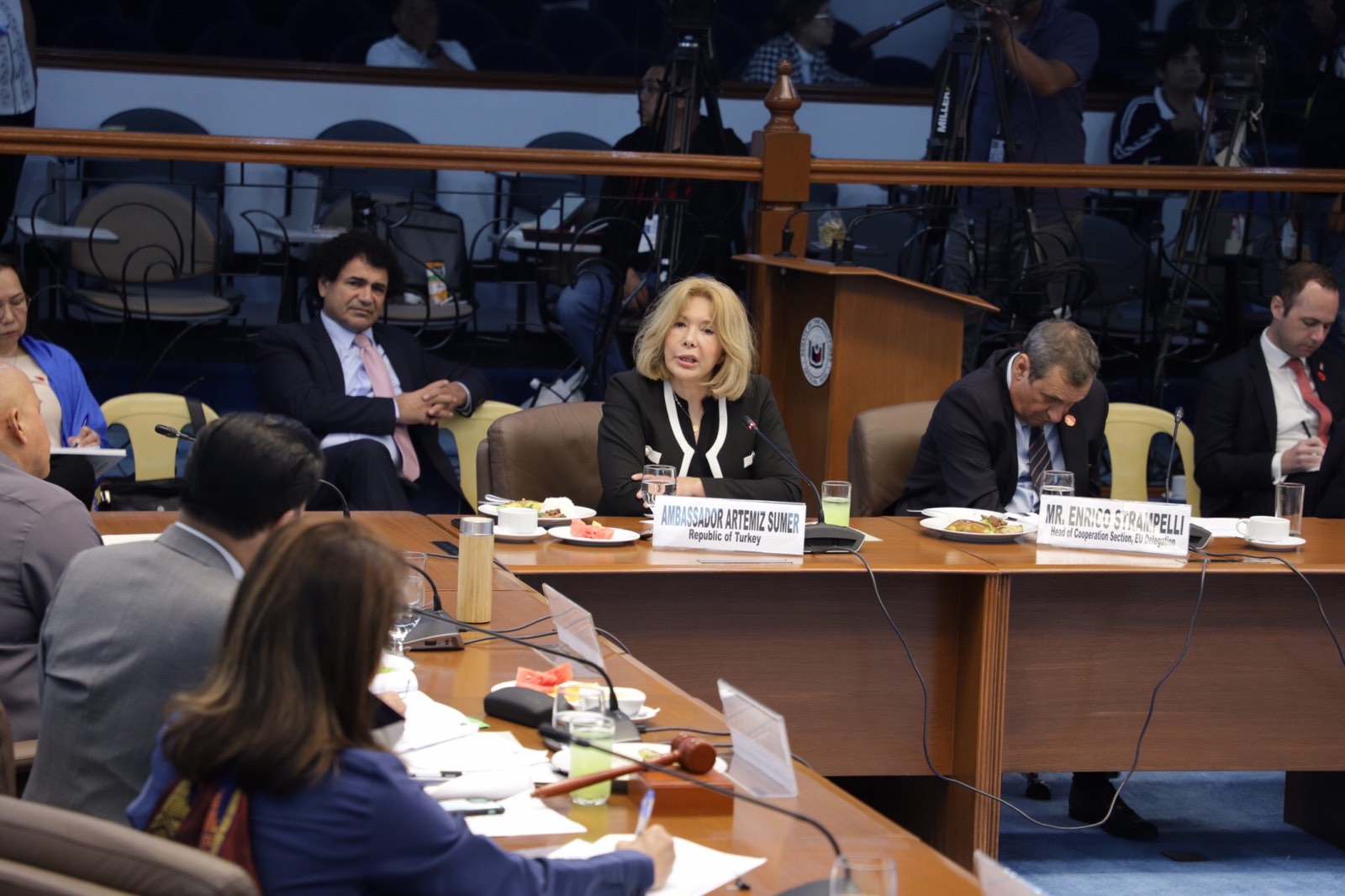 He, however, clarified that the provision of socioeconomic assistance for the decommissioned combatants “is a shared responsibility of the national and Bangsamoro governments.”

“They (combatants) should understand that the government also has limitations in terms of funding, and has to balance this concern with the equally important fund requirements of other emergency programs,” Galvez said, adding, “Rest assured that the government will fulfil its promise to change the lives of the Moro people through inclusive development.”

Last year, the government has earmarked Php 2 billion for the Normalization Program in which the combatants, their families and communities will receive comprehensive socio-economic packages which include social protection, sustainable livelihood programs, capacity-building trainings, health benefits and educational assistance.

According to the government’s chief peace negotiator, the Department of Finance, through the Intergovernmental Relations Body (IGRB), is laying the groundwork for the establishment of policies and mechanisms that would capacitate the BARMM.

“Secretary Dominguez (who is the co-chair of the IGRB) is the one really pursuing the capacitation of the BARMM in terms of financial management. There were also informal meetings held regarding the creation of seven intergovernmental bodies, and on March 20, we will make sure that these will be organized” Galvez told the Senators.

The IGRB serves as the official platform that would allow the national and Bangsamoro Governments to “resolve issues brought before it [IGRB] and facilitate the creation of other intergovernmental relations bodies”.

Galvez said the issues raised by the local chief executives during the hearing will be tackled in the scheduled meeting of the IGRB.

The establishment of the IGRB is provided for in Article IV of the BOL. The body is co-chaired by Domiguez for the national government side, and BARMM Minister of Finance Mohagher Iqbal for the Bangsamoro Government side. 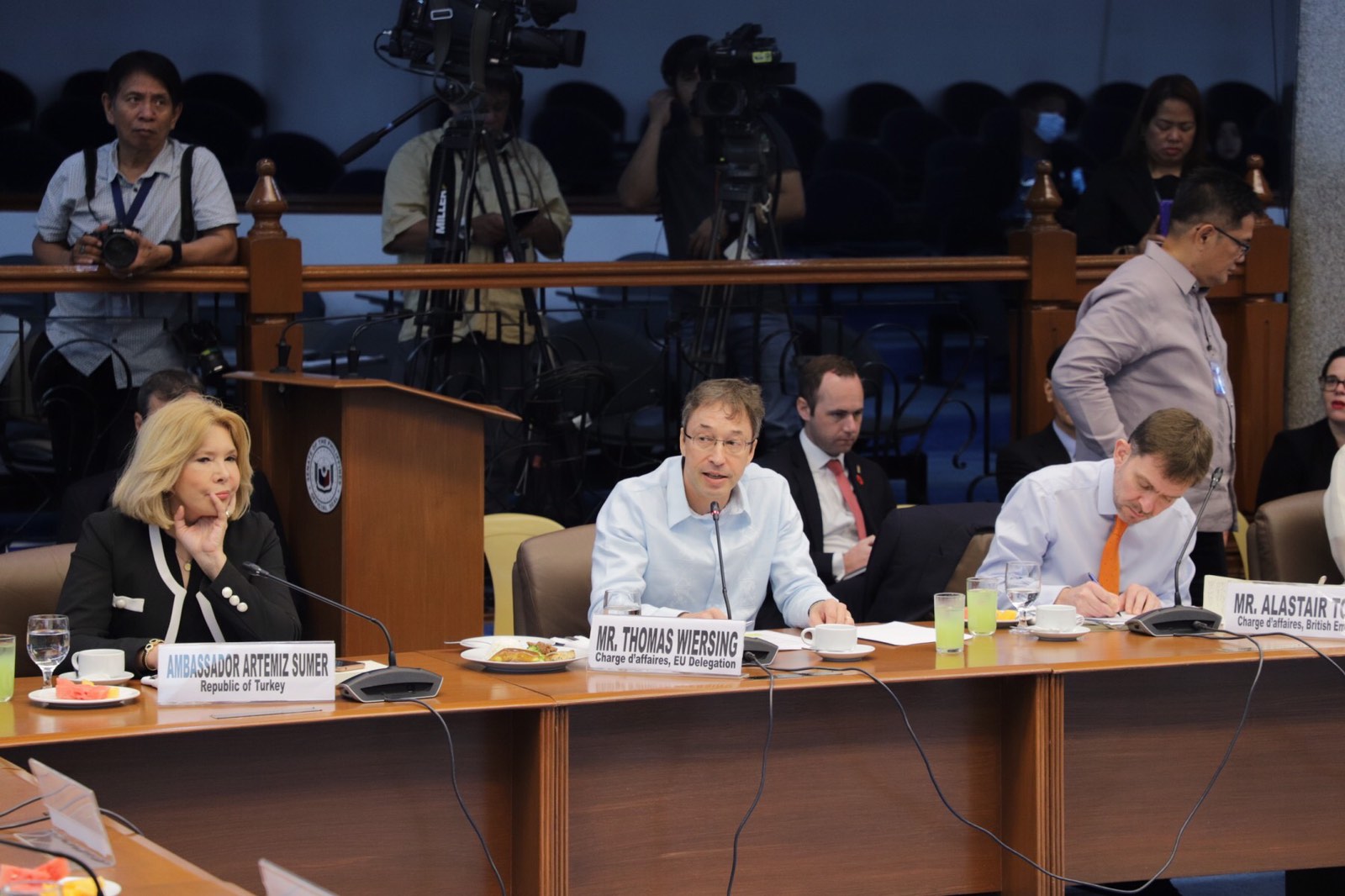 Crucial codes for the BARMM

To ensure the smooth and effective operations of the BARMM, Maguindanao First District Representative Datu Roonie Sr. Q. Sinsuat urged the BTA to prioritize the drafting and passage of the region’s administrative, local government, civil service and education codes.

“These regional codes will directly facilitate the establishment of mechanisms for better governance of the BARMM and its constituents,” Sinsuat said.

He stressed that the BARMM needs “the support of the national government and the Filipino people to be able to succeed this gargantuan task to finally bring peace and progress to the Bangsamoro.”

BARMM speaker Balindong said the BTA is expected to pass the crucial codes in their succeeding sessions.

“Hopefully the drafts (of the codes) will be completed and submitted to parliament for deliberation and approval,” he said.

“We expect to approve administrative code this month or early next month,” he added.

Peacekeeping forces in the Bangsamoro

Meanwhile, Galvez highlighted the ongoing training being participated in by Moro Islamic Liberation Front-Bangsamoro Islamic Armed Forces (MILF-BIAF), which will qualify them to be part of the Joint Peace and Security Teams (JPSTs).

“The 6th Infantry Division of the Armed Forces of the Philippines (AFP) and other training camps of the armed forces are already ready for these [JPST] trainingS,” he said.

The JPSTs are composed of representatives from the AFP, Philippine National Police (PNP), and MILF-BIAF. They will serve as peacekeeping forces as the decommissioning process is carried out, and secure the safety of communities in the BARMM.

Representatives from the international donor community who were invited as resource persons during the Senate hearing reaffirmed their continued support to the Bangsamoro peace process.

“The ratification of the Organic Law for the Bangsamoro Autonomous Region constitutes a major step. The EU is pleased to note the progress being made in the Bangsamoro Peace Process,” Wiersing said.

He also bared the EU’s upcoming initiatives to be implemented in the BARMM which includes the Peace and Development in the BARMM (PDBARMM) with a funding cost of 25 million Euros, and the Support to Bangsamoro Transition (SUBATRA) with a program  cost of 25M Euros.

Wiersing explained that both programs are designed to address pressing issues that may arise during the BARMM’s transition period and beyond.

On the other hand, Ambassador of Turkey to the Philippines Artemiz Sumer said her government shall continue to carry out socioeconomic interventions that will help sustain the gains of peace in the BARMM.

For his part, Embassy of Japan Deputy Chief of Mission Minister Yasushi Yamamoto commended the Philippine government for throwing its full support behind the BARMM as it makes the transition, as well as for the effective implementation of the Normalization Program.

“We also recognize how the Philippine government carries out strong support to the BTA. We highly appreciate the implementation of the Normalization process including the decommissioning of combatants and livelihood programs for decommissioned combatants and communities,” Yamamoto said.

Meanwhile, British Embassy Chargé d’affaires Alistair Totty shared that his government has over the years been working with the Bangsamoro region and the BTA to “understand from them what’s the most useful thing the British Government can do to support this process in coordination with our fellow donors and the national government.”

Totty also discussed specific areas where they can provide support to the region, which include programs to capacitate the BTA, as well as empower and educate civil society organizations. The British Government’s financial assistance for the BARMM will amount to 3 million pounds, he said. ### 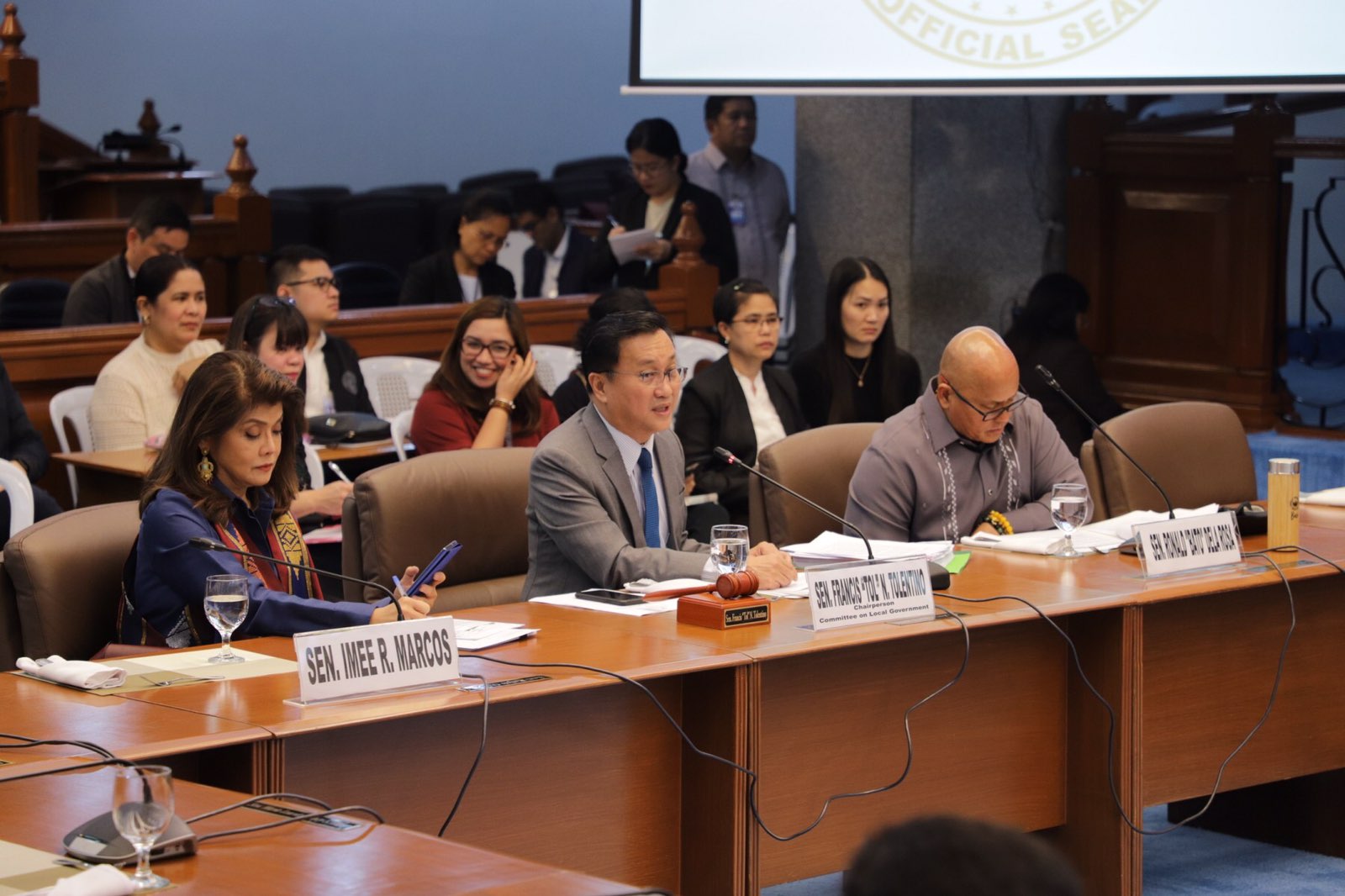