Presidential Peace Adviser Carlito G. Galvez Jr., along with Agusan del Norte Second District Representative Ma. Angelica Amante-Matba and Agusan del Norte local government officials led the turn-over here on Wednesday (February 26) of a Php 10-million water system project in the village of Camagong in the town of Nasipit, and another Php 20-million water system in the village of Simbalan in the town of Buenavista.

The Level II PAMANA water system projects were implemented by the Office of the Presidential Adviser on the Peace Process (OPAPP) in partnership with line agencies and local government units.

Since 2017, OPAPP has allocated around Php 145 million in PAMANA funds to carry out communal water system projects in Agusan del Norte in collaboration with the provincial government.

Over the years, the lack of reliable sources of sufficient and potable water throughout the province has been a challenge among residents. This led the provincial government of Agusan del Norte to seek the assistance of OPAPP in building the water systems.

“Water is life. Water provides food security, which will greatly help improve the beneficiaries’ health and sanitation,” Galvez told residents gathered at the grounds of an elementary school here to witness the event.

“Water is among the most basic needs of people. It is therefore important for residents to have access to a more sustainable water source, especially those who are residing in far-flung areas,” he further explained.

“Through this project, we expect the way of life of residents here to improve. In particular, the women will no longer have to walk far and spend hours fetching water from artesian wells,” Galvez added.

The water system project in Nasipit is equipped with 2 ram pumps, one solar submersible pump, a 50-cubic meter reservoir and tap stands located at the Minbahande Elementary school.

Galvez said that OPAPP has earmarked Php 17 million in PAMANA funds for this year to implement several potable water system projects, and various livelihood projects in the area which include egg production, goat and swine raising, as well as coconut and coffee production and processing.

The peace adviser, who flew into the village by a military chopper, was joined by Representative Ma. Amante-Matba and 402nd Infantry Brigade commander Brig. Gen. Maurito Licudine.

In Brgy. Simbalan, Buenavista, Galvez and Rep Amante-Matba spearheaded the turn-over of another PAMANA-funded Level II water system project that would benefit 340 households, 140 families of which belong to the Higaonon tribe. 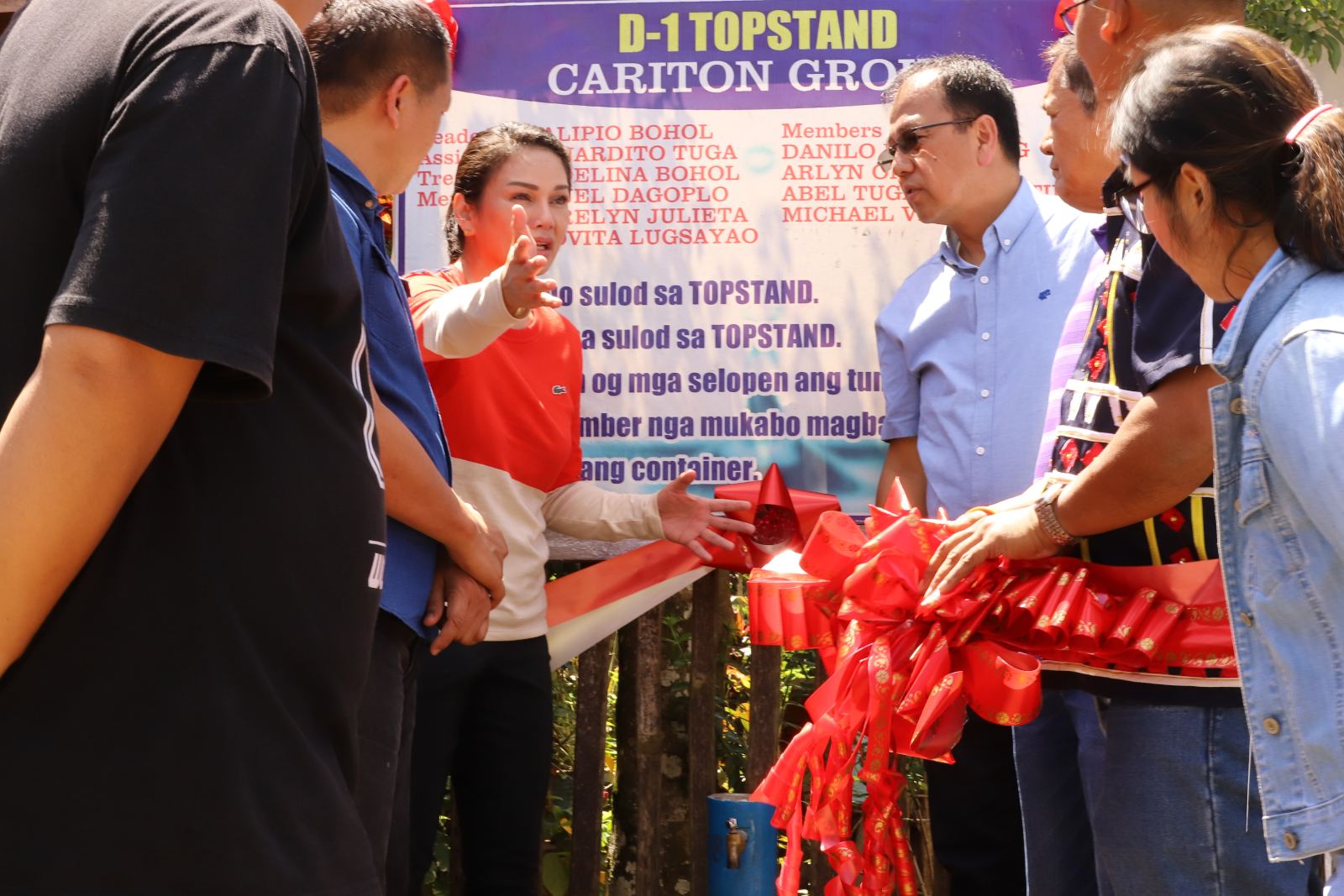 The retired general said he has a soft spot for the indigenous people of Agusan de Norte.

“I was saved by the members of the Mamanwa tribe when we got lost for about two weeks during our clearing operations in the dense mountain forest of Agusan del Norte,” Galvez recalled, who is the former chief-of-staff of the Armed Forces of the Philippines.

Galvez was then the platoon leader of the Charlie Company of the Army’s elite Second Scout Ranger Battalion when he and his men got lost in the thickly-forested areas of the province during a clearing operation against the communist rebels in December of 1985.

He said several tribesmen helped them find their way back to the camp.

“I am morally-bound to help you, particularly the Indigenous People here because if not for them more than a hundred and twenty soldiers would have been starved to death,” he told the gathering that includes the leaders of the Higaonon.

According to Amante-Matba, the communist rebels are fast losing its clout in the areas they formerly controlled due to the aggressive campaign of the government to deliver much-needed services in remote areas.

“The people on the ground, especially those residing in the remote and hardest to reach areas, are now gradually feeling the presence of the government,” she said.

Amante-Matba, who experienced life threatening far ambush perpetrated by members of the New People’s Army (NPA) in 2015, noted that the areas where the rebels are operated are shrinking.

“They are so desperate and even recruiting innocent children, brainwashing them to fight for the lost cost,” she said.

Agusan was considered a hotbed of the communist insurgency in Mindanao. However, in recent years, their numbers have dwindled due to the atrocities they have committed against the people.

Security forces have recently rescued minors who were brainwashed by the NPA to join their ranks.

Village chief Walter Tugma said they have been longing to have access to clean and potable water in their community for years.

“Ever since we don’t have water here. The water project turned-over here is the first and it only happened during the administration of President Duterte,” he said.

According to him, the community is undergoing a positive transformation, as households are now furnished with bathing areas.

“With the water project, the people here are beginning to raise livestocks and crops because of the availability of water. Economically speaking, our community is becoming vibrant, a far cry from being a sleepy town,” he said. 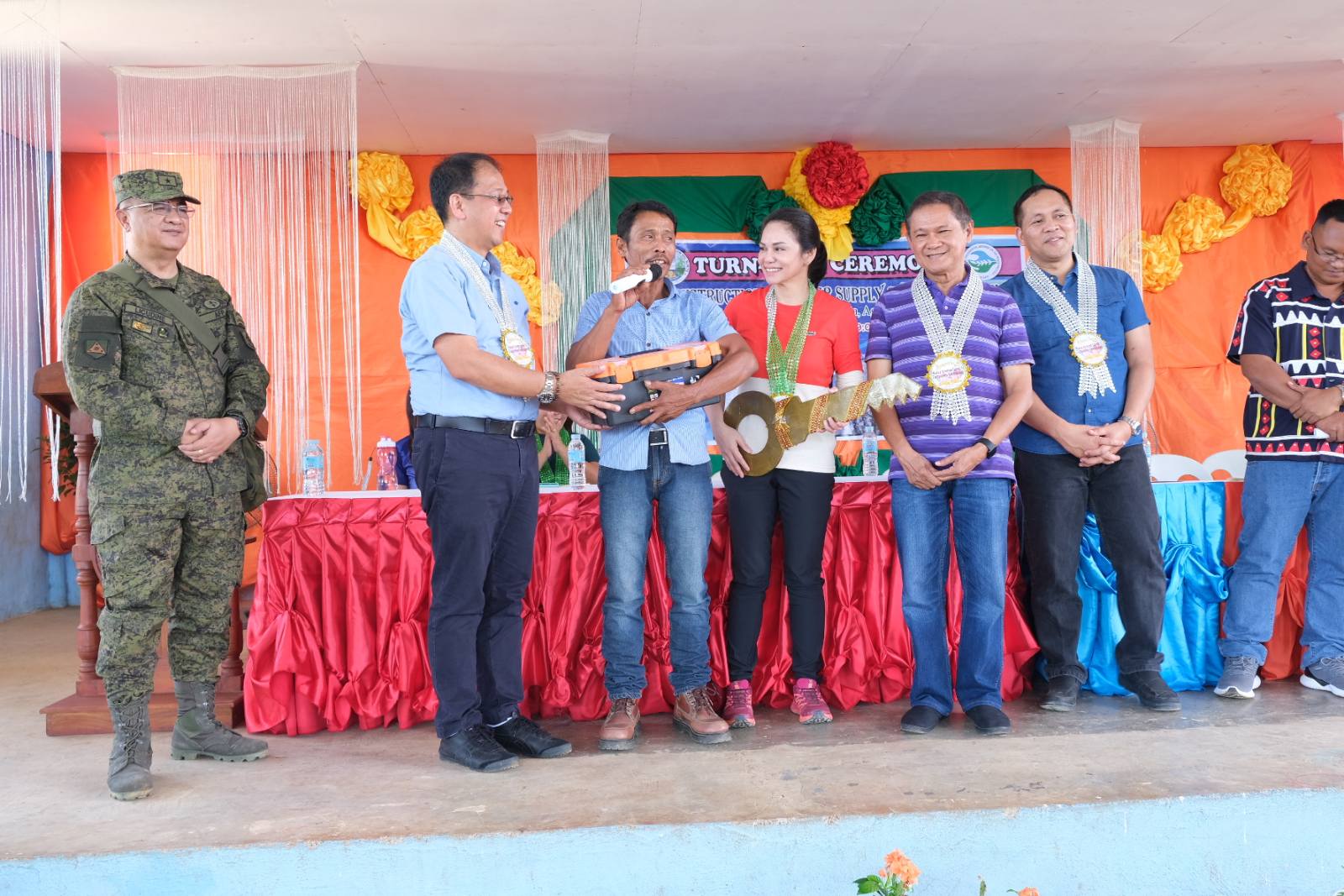 Buenavista Mayor Enrico Corvera said it has been their dream in the town to have a clean source of water.

“This has been our dream to have water here and finally we have our water now,” he said.

He expressed his commitment to sustain the project for the next generation to enjoy.

The water projects are also generating jobs in partner-communities by providing residents the opportunity to serve as forest guards in the watershed areas.

Initially, Galvez provided P25,000 cash financial assistance to initially cover the salaries of the forest volunteers who will ensure that trees around the watersheds are protected and well planted with water-retaining trees.

“There is a need to protect at least four kilometers of the forest from and around the water source,” Galvez said.

President Duterte’s legacy for a Comfortable Life for all Filipinos

“This water system is a testament to the concern of the government for your community and most of all, its desire to uplift the well-being of the residents here. The government understands your needs and will always stand by your side,” Galvez said.

“Providing Filipinos with a better and comfortable life is among the goals of the Duterte Administration. This is the reason why we are implementing projects such as this – to uplift your social and economic well-being,” he said.

“May this project be the start of a better life for the people here, and provide your community with the capacity to achieve sustainable development and long-lasting peace,” he added.

“We thank President Duterte, Department of Budget and Management and the two houses of Congress for their continued support to our PAMANA programs,” Galvez added.

PAMANA is the national government’s convergence program that provides much-needed development assistance such as infrastructure projects and livelihood packages to remote, conflict-affected communities across the country.

The program is anchored on the Duterte Administration’s “Whole-Of-Nation” Approach which aims to put an end to the decades-long communist insurgency by directly addressing the roots of the armed rebellion through localized peace engagements (LPEs). ### 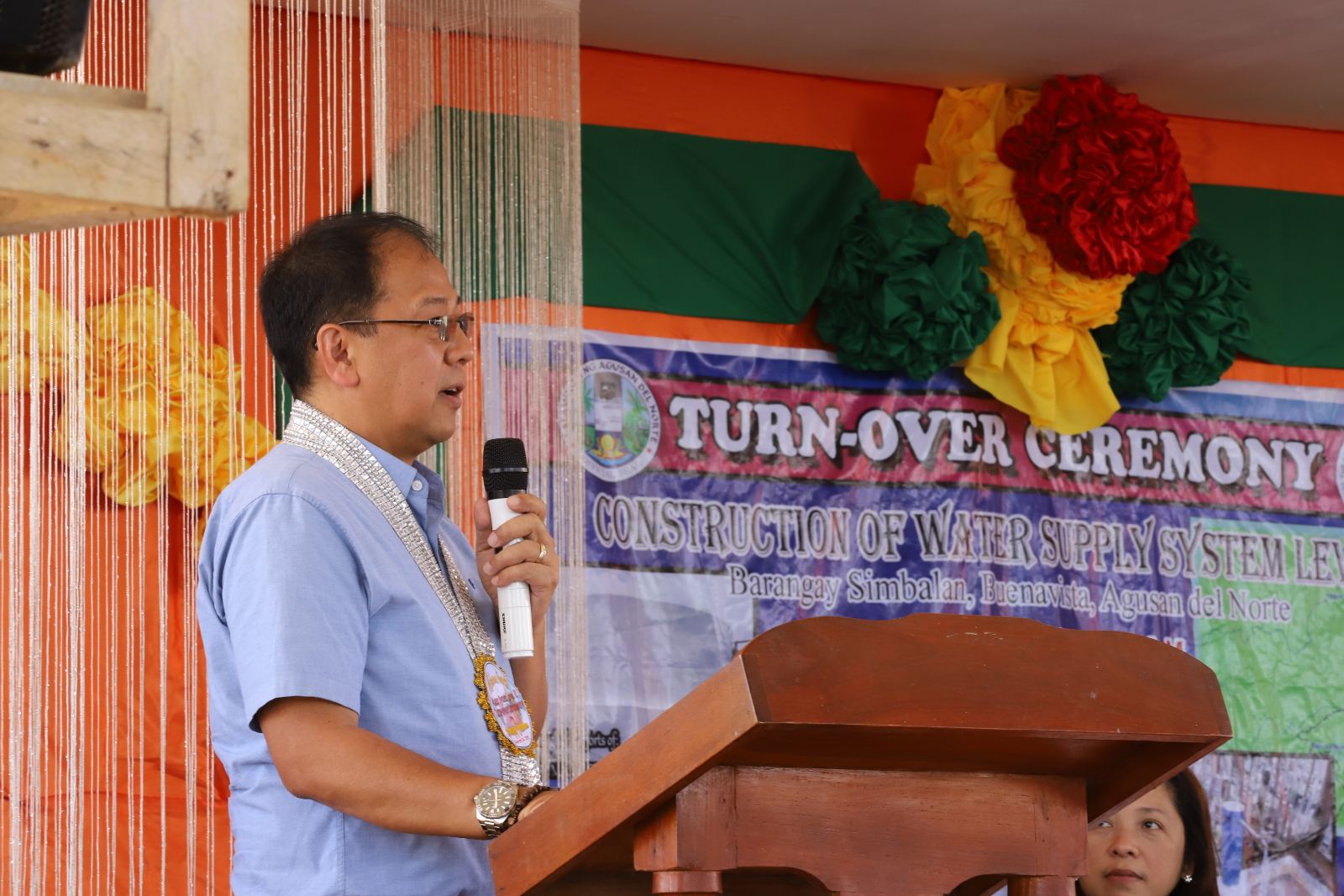