With a total cost of Php 53 million, the PAMANA-funded infrastructure projects were built through the Department of Social Welfare and Development’s (DSWD) Modified Shelter Assistance Program, and will benefit the people of Sitio Kapatagan and Sitio Kimataan in this municipality known for its thriving agriculture sector. 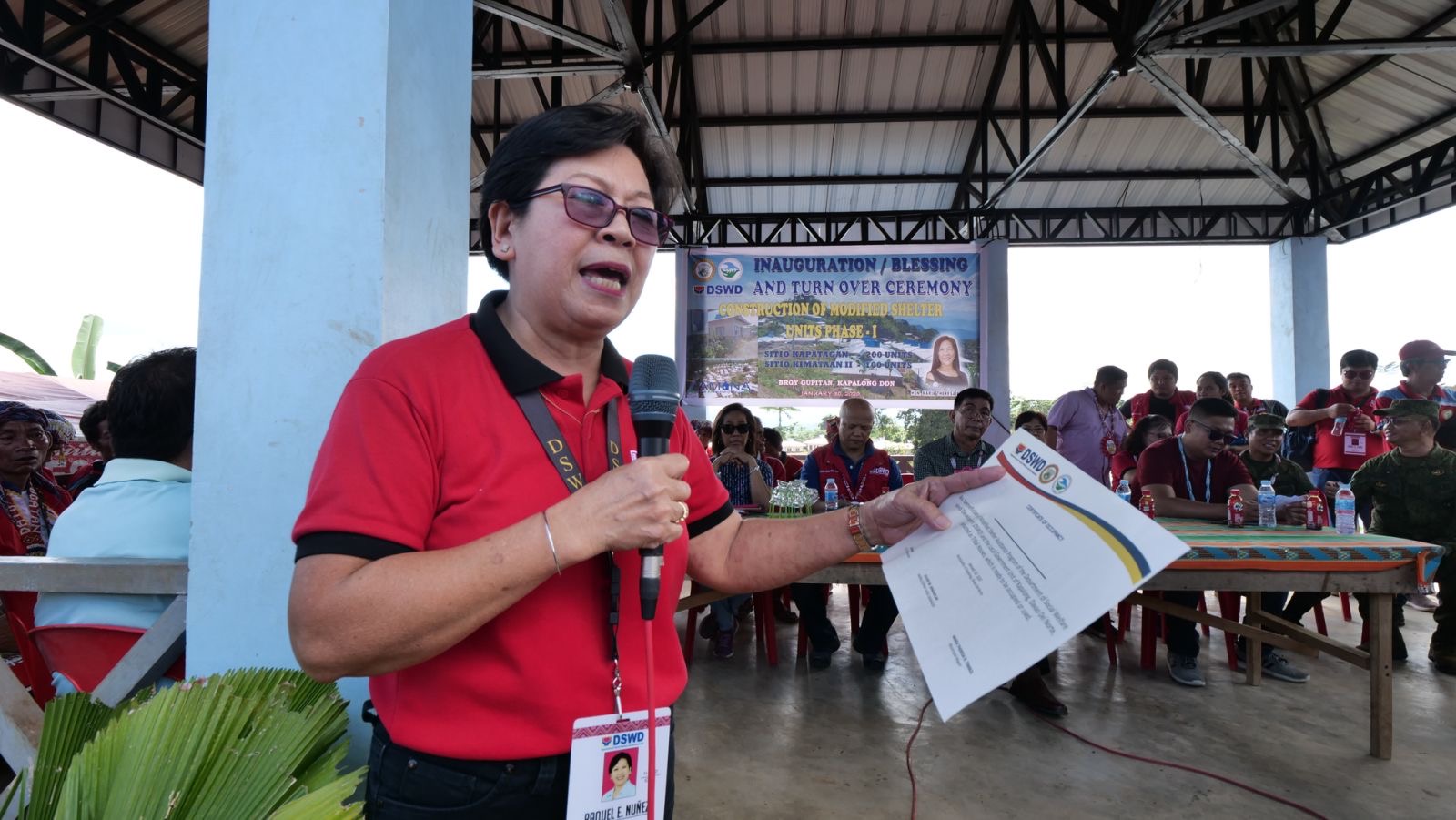 (The project we have turned over now aim to provide decent housing to our Lumad brothers and sisters in Kapalong.)

(We know how valuable a house is to a Filipino family. Having a house you can call your own will not only give a greater sense of security, but more importantly, dignity to those who own them.)

PAMANA is among the national government’s multi-agency convergence programs which provides much-needed development assistance to remote, conflict-affected communities across throughout the country.

OPAPP is tasked to oversee all PAMANA projects with other line agencies as implementing partners. All of these projects are designed to ensure that no one is left behind in the development process, and everyone enjoys the benefits of economic growth.

According to Aguinaldo, the PAMANA Program is highly effective because “it primarily seeks to reduce poverty, address the vulnerability of residents in conflict-affected areas, and strengthen their capacity to address challenges confronting them.”

PAMANA: Addressing the roots of the armed conflict

“The PAMANA Program is in line with the national government’s Whole-Of-Nation approach under Executive Order No. 70 which aims to create greater synergy in the delivery of services among national government agencies and local government units in underdeveloped, conflict-ridden communities,” he explained.

Through this approach, he said, the government seeks to address the root causes of the decades-long armed rebellion in the country such as poverty and the lack of access to basic services.

(We know that the Lumads are among the main victims whenever there is an outbreak of armed conflict in Mindanao. What is more disheartening is that they are being used by the rebel groups as instruments to fight their fellow Lumads.)

This is the reason, he said, why the Duterte Administration is carrying out initiatives which aim “to give the Filipino people a better and more comfortable life.” He added that through the PAMANA Program, “people will have the capacity to uplift their lives, and consequently, follow the path of peace.”

“As they say, when people have the capacity to put food on the table and provide for the needs of their families, there is no reason for them to participate in armed struggle. And when people enjoy the dividends of progress, they in turn, are encouraged to help others improve their well-being,” Aguinaldo said.

“As development planners say, peace and development should not be carried out separately, but should be undertaken simultaneously. This is the lesson the PAMANA Program would like to impart not only with its project beneficiaries, but to all Filipinos,” he said. 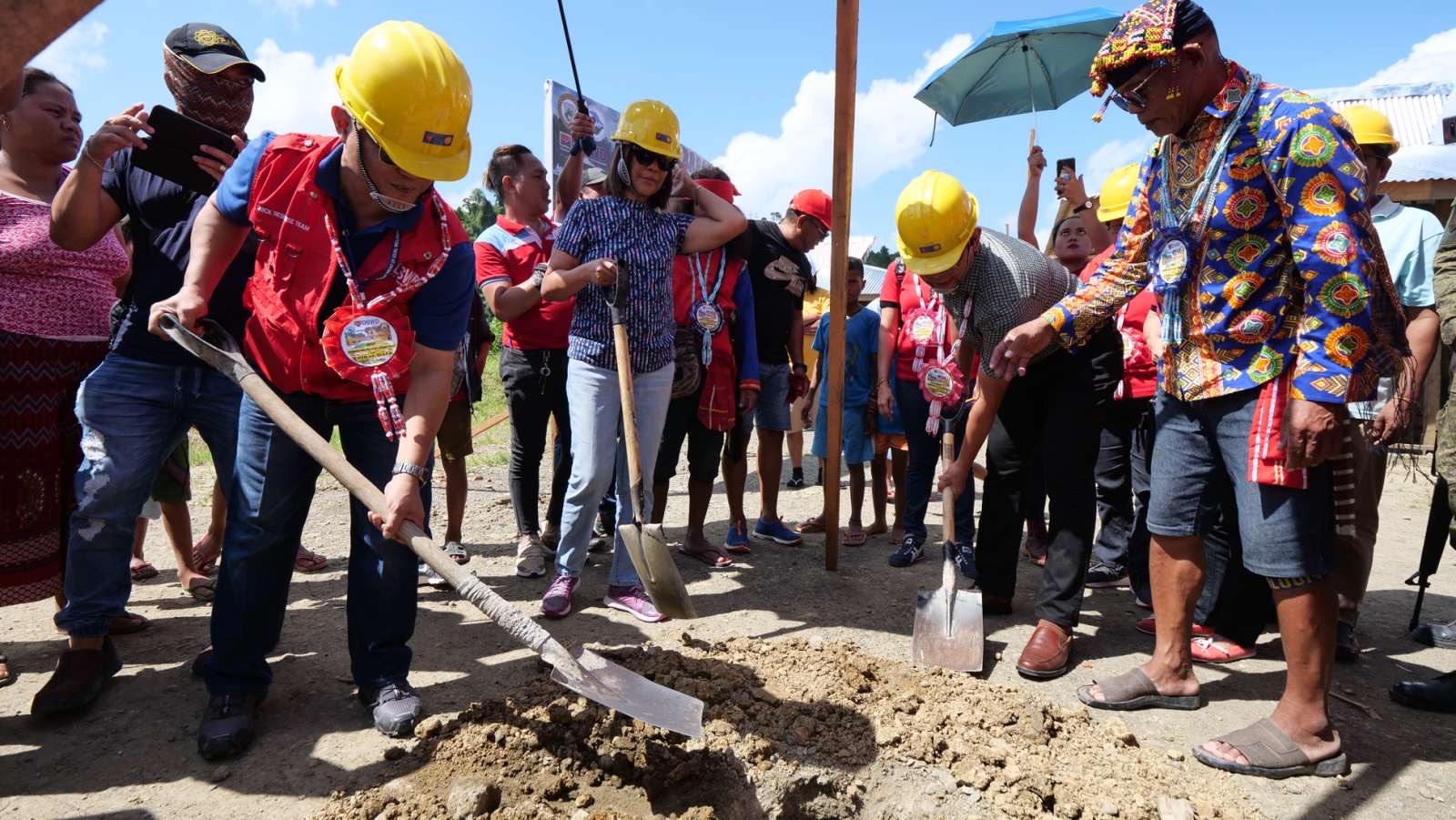 In 2019, PAMANA projects worth Php 386,862,000 were implemented through the DSWD’s Community Driven Development Program for Indigenous Peoples (IP-CDD); the National Commission on Indigenous Peoples (NCIP) for the provision of educational assistance programs for IP communities; and the Philippine Health Insurance Corporation for the awarding of health insurance coverage to Lumad beneficiaries.

In order to provide greater assistance to more remote, underdeveloped communities across the country, particularly in conflict-ridden and vulnerable areas, OPAPP proposed to Congress a PhP 3.8B PAMANA budget for FY 2020.
Presidential Peace Adviser Carlito G. Galvez, Jr. is hopeful that the proposed PAMANA budget will be approved by the legislative body, as this will help bring sustainable development and long-lasting peace to the target communities.

“Projects such as farm-to-market roads, water supply systems, livelihood programs, and environmental protection initiatives are designed to be impact-driven, and will hugely contribute to boosting socio-economic development in in the countryside, especially in last-mile communities,” Galvez said.

“We would therefore like to request our honorable members of Congress to kindly consider our proposed budget, as it will enable our implementing partner- agencies to carry out all PAMANA project which are in the pipeline, and consequently, help uplift the lives of our countrymen, especially those in the countryside and last mile communities,” he added. 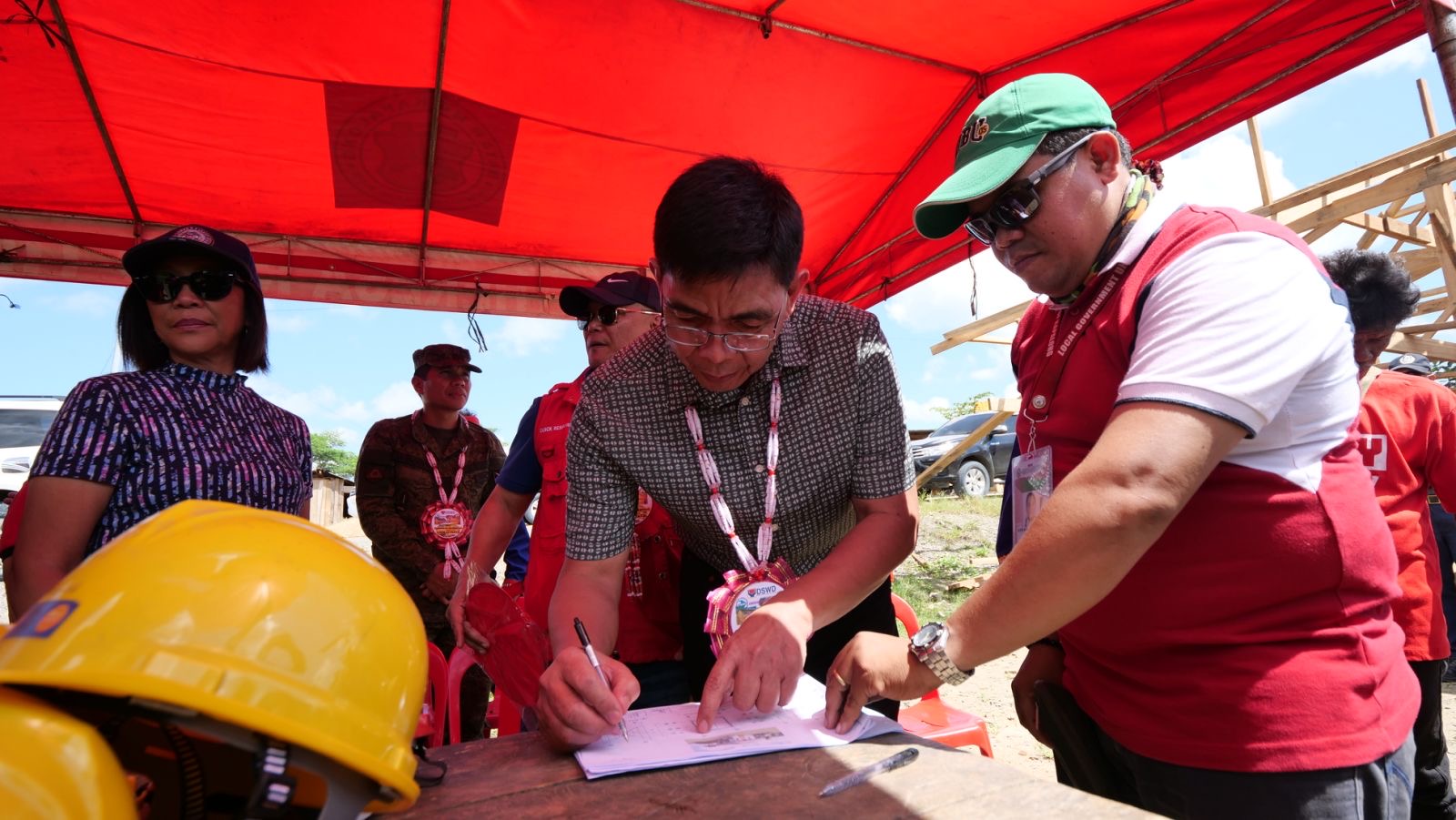