CLARK, PAMPANGA, (23 January 2020) – Workers employed in industrial zones across Central Luzon will now have an avenue to raise issues with the government, be guaranteed of greater protection against the threat of insurgency, and enjoy the benefits of industrial peace.

This was according to Brigadier General Rhodel Sermonia, Philippine National Police (PNP) regional director for Central Luzon, during the launching of the Joint Industrial Peace Concerns Office (JIPCO) here in this province yesterday.

“We are here to answer the public’s clamor for everyone to work together to promote industrial peace so that each Filipino worker can have job security and their families happy,” Sermonia said.

He explained that the JIPCO will be the government’s primary mechanism in protecting the rights and welfare of workers, and will serve as a safeguard against the harassment of communist insurgents in the area.

“JIPCO is the first line of defense of our industries from radical and labor infiltration of the Communist Party of the Philippines-New People’s Army-National Democratic Front (CPP-NPA-NDF),” Sermonia said.

“Its purpose is to insulate, cover, and protect the labor force, manufacturing industries, and industrial zones to [the] ongoing massive infiltration of the communist organization,” he added. 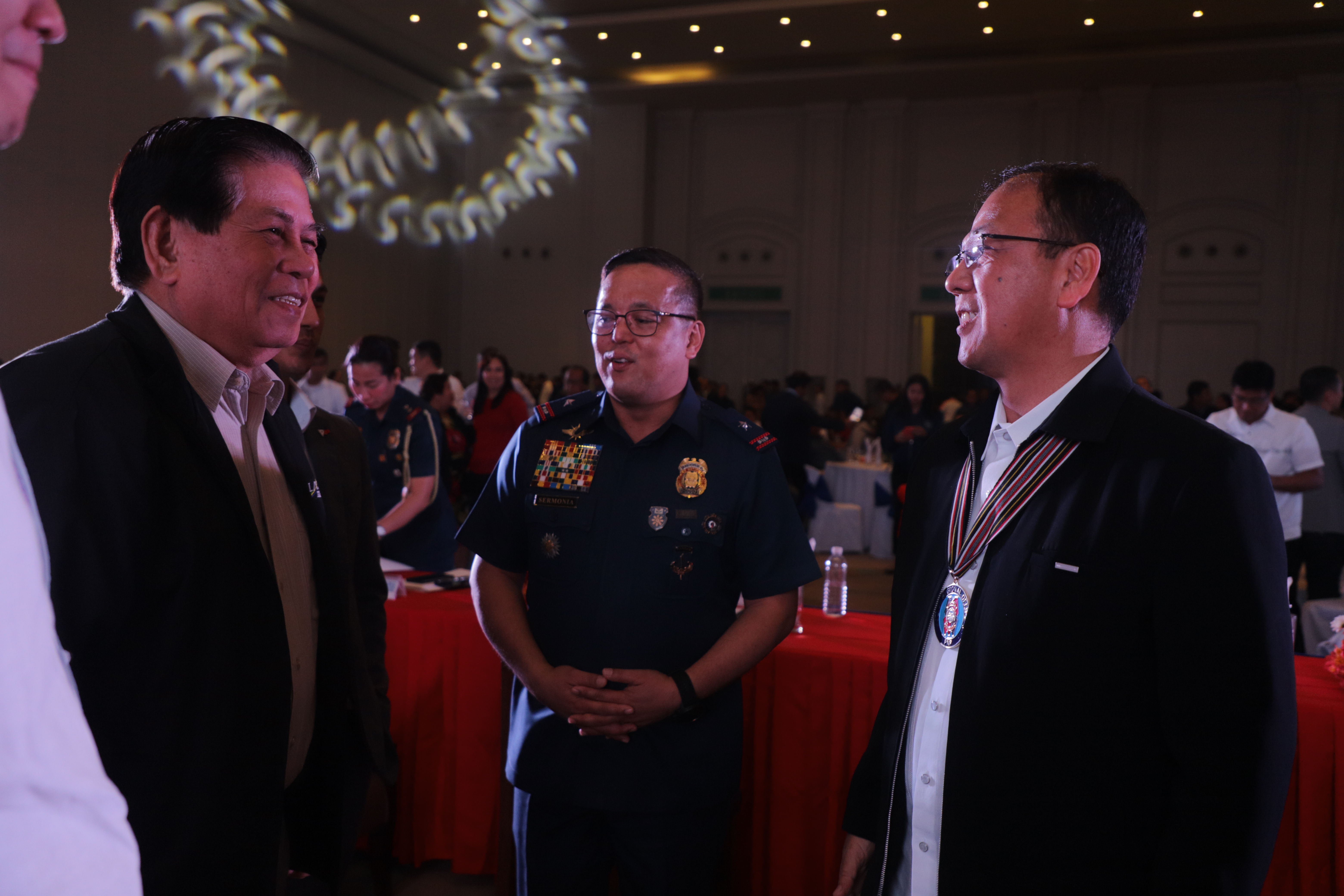 Spearheaded by the PNP Regional Office III in partnership with the Philippine Economic Zone Authority (PEZA), the JIPCO aims to strengthen government’s partnership with the private sector and communities situated in economic zones in Central Luzon which is home to thriving industries and active labor unions.

Over the years, development planners have pointed out that industrial peace has a direct link to the long-term peace and security of communities whose residents enjoy the benefits of economic development.

It has been observed that when the industrial sector is thriving, everybody wins, especially the working class. With sustainable sources of income, workers are able to provide for the needs of their families and contribute to their community’s overall economic growth.

However, some labor unions are being weaponized by so-called “cause-oriented groups” whose main purpose is to sow unrest among workers and make them question the sincerity of their employers and the government to address their needs.

These are the concerns the JIPCO will seek to address.

“JIPCO is not anti-labor. It was in fact created to protect labor welfare, labor rights, and productive industries without sacrificing industrial peace,” Sermonia pointed out.

In the meantime, PEZA Director General Charito Plaza emphasized the crucial role of industrial zones in the nation’s economy, particularly in helping to develop a pool of highly-skilled, globally competitive workers.

“We are hoping that all the local governments will put up their economic zones – lalong dadami ang ating mga economic zones at industries,” Plaza added.

“This undertaking is in support to the platform of the President’s 10-point Socioeconomic Agenda, particularly on increasing competitiveness and ease of doing business,” Gamboa said.

“The PNP is ready to take its role to contribute in the [nation’s] economic development,” he added. 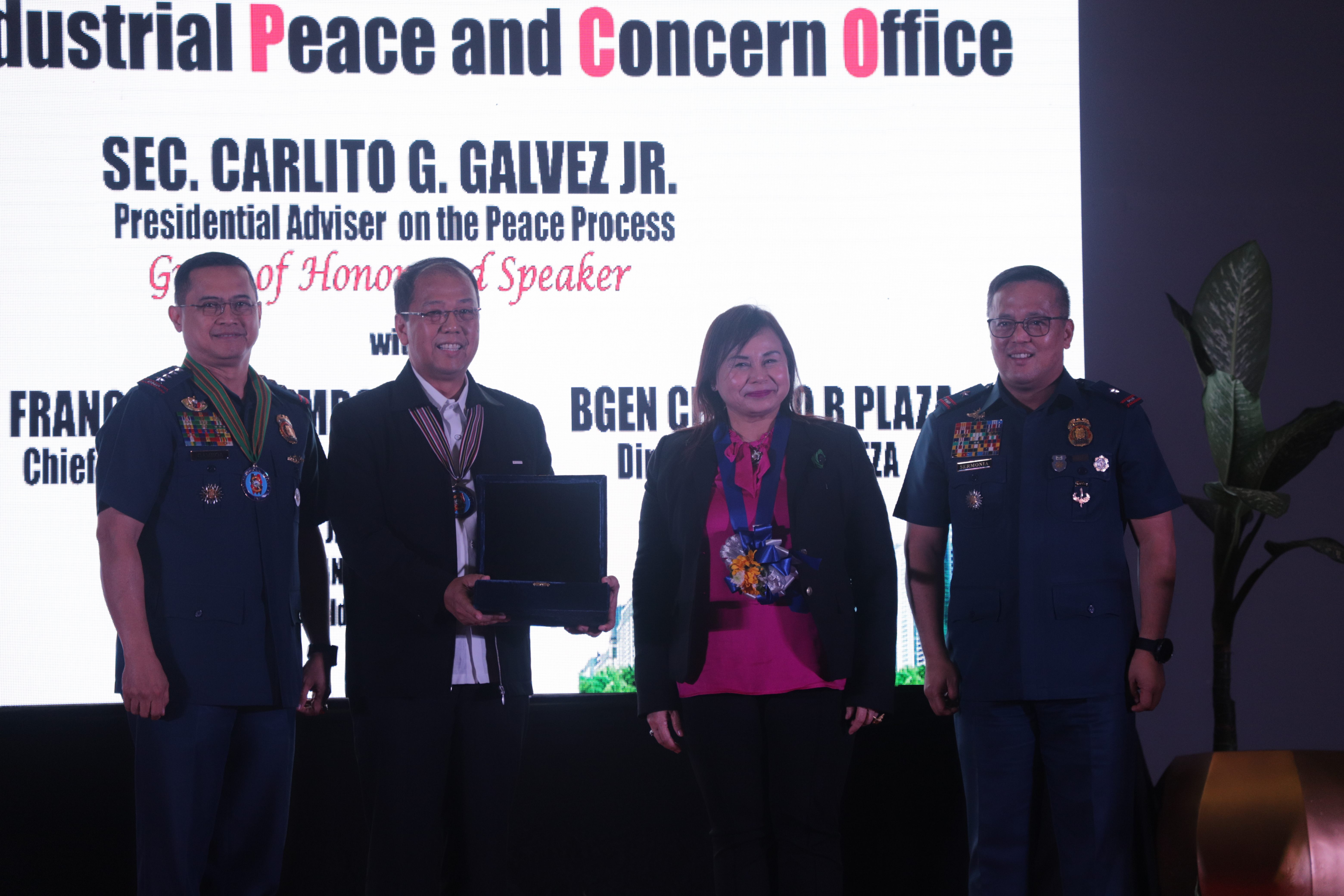 For his part, Presidential Peace Adviser Carlito Galvez Jr. underscored the need to further enhance the relationship between the government and industrial workers, and more importantly, help capacitate and empower the nation’s labor force.

“The best lessons that I have is building good relationships. Importante ang relationship — kaya dapat ang mga companies, you should not look only [out for the welfare of] your people but also your people’s family,” Galvez said.

“‘Yung power ng governance is more on participative. Once you treat your men as your children, they will treat you as their father,” he said.

Galvez also stressed the need for continued dialogue and collaboration between the government, private sector, and communities.

“Kailangan palakasin ang tripartite agreement between the government, the business and the communities. When we work together, there will be no mission impossible,” he said.

Galvez was appointed last year by President Rodrigo Roa Duterte as the Cabinet Officer for Regional Development and Security (CORDS) for Region III.

As the CORDS for Central Luzon, he has been tasked, among others, to oversee the effective implementation of Executive Order No. 70 which institutionalized a “Whole-Of-Nation” approach that aims to put an end to the decades long armed rebellion in the country.

Under the Whole-Of-Nation approach, there will be greater synergy among government line agencies in the delivery of services in communities, particularly those located in remote, underdeveloped, conflict-affected areas.

With this approach, localized peace engagements (LPEs) shall also be carried out by local government units and other stakeholders in the community in order to find long-lasting solutions to communist insurgency, and bring a just and lasting peace to the country. ### 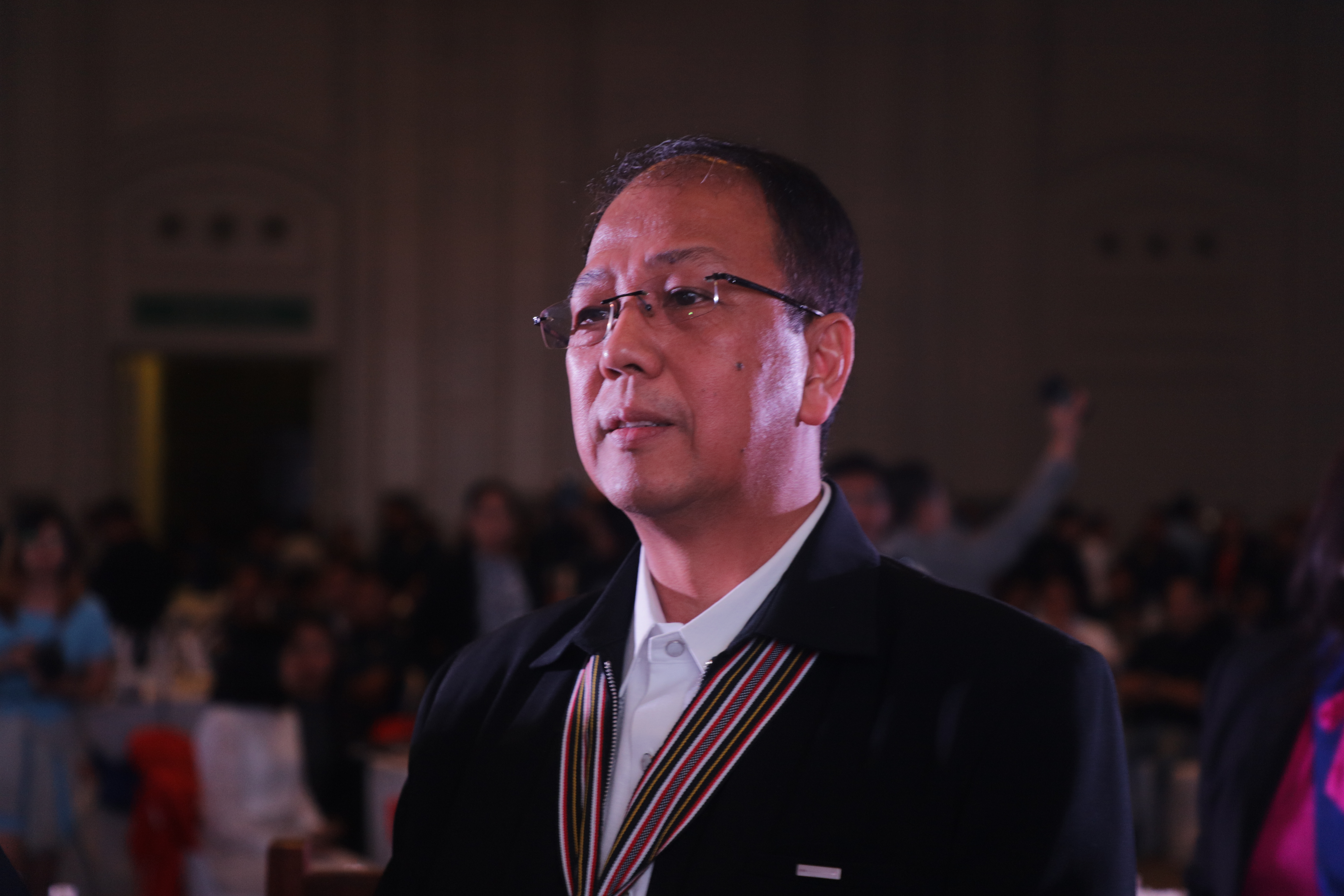