INDANAN, Sulu, January 25, 2020 — Around 2,000 members of the Moro National Liberation Front (MNLF) in this province converged here to express their gratitude to the government for taking the necessary steps to fulfill the remaining commitments under the 1996 Final Peace Agreement signed between the government and the MNLF, as they vowed to continue supporting the Duterte Administration’s Peace and Development Agenda.

“President Rodrigo Roa Duterte and I have met at least 16 times already, and I am impressed by the dedication of our President to fast-track the implementation of the peace agreement,”

“In our recent meeting I asked him: ‘Brother President, can we fast track the peace process to ensure the full implementation of government commitments during your time?’ The President replied:  ‘I understand your concern. I, myself, want to fast-track the peace initiative to achieve long-lasting peace in Mindanao during my term,’” Misuari shared.

He was referring to the December 13 meeting held in Davao City, where President Duterte met with members of the newly-established Government-MNLF Peace Coordinating Committee.

The committee has been primarily tasked  to seek the cooperation of the MNLF in achieving immediate peace in Sulu by, among others, helping to combat the Abu Sayyaf Group (ASG) and convincing MNLF relatives from the ASG members engaged in illicit activities to return to the folds of the law.

Early this week, President Duterte signed the appointment paper of Misuari as the Special Economic Envoy on Islamic Affairs to the Organization of Islamic Cooperation (OIC) in a bid to sustain the gains of  GPH-MNLF peace process.

The President said he chose the MNLF chairman for the post due to his vast experience in dealing with the OIC, as well as the leadership skills he displayed as the governor of the now dissolved Autonomous Region in Muslim Mindanao (ARMM).

Responding to the President’s acts of goodwill, Misuari vowed to secure the full support of OIC member-countries to ensure the completion of the remaining deliverables contained in the Tripartite Review Process (TRP) of the 1996 peace accord.

“I am appealing to all members of the MNLF to support the initiatives of the government [to ensure the full] implementation of the 1996 peace agreement,” he told his comrades during the gathering. 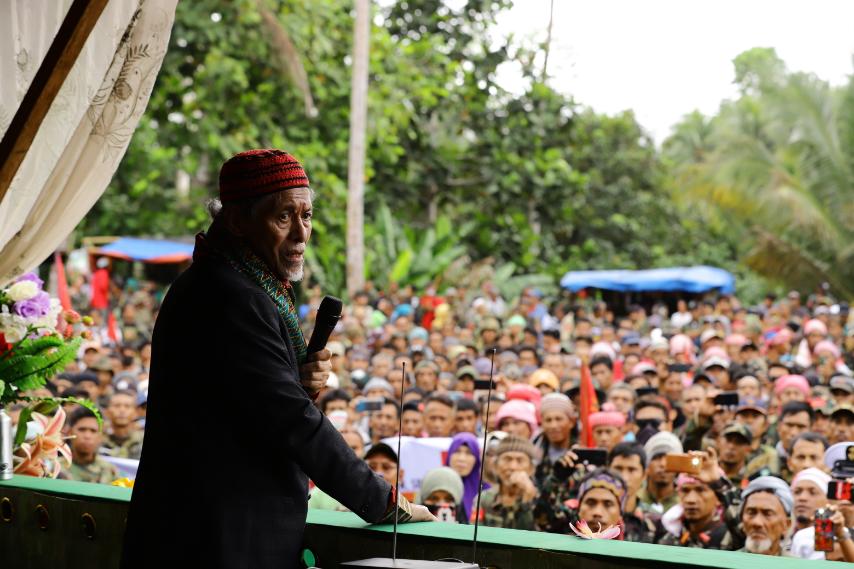 Presidential Peace Adviser Carlito G. Galvez Jr, who was in Sulu to attend the MNLF gathering, announced the arrival of top OIC officials next week who will facilitate the visit of the organization’s Secretary General Yousef bin Ahmad Al-Othaimeen.

The OIC was instrumental in resolving contentious issues which arose at the peace negotiations between the government and the MNLF during the Ramos administration. The influential Islamic block mediated the talks until both parties signed the historic peace deal.

In 2016, the OIC also helped address key concerns related to the implementation of the GPH-MNLF peace agreement, leading to the conclusion of the TRP.

Based on the results of the TRP, two commitments have yet to be complied with on the side of the Philippine government.

These include the establishment of the Bangsamoro Development Assistance Fund (BDAF) and the creation of the Tripartite Implementation Monitoring Committee (TIMC).

The TRP, which was jointly carried out by the government, MNLF and OIC, was concluded in Jeddah, Saudi Arabia in January 2016.

Galvez said the President expects to see “substantial results” in the implementation of the remaining commitments under the GPH-MNLF peace agreement within the first quarter of this year.

“The main commitment of President Duterte is to bring peace in the Bangsamoro homeland,” he said. 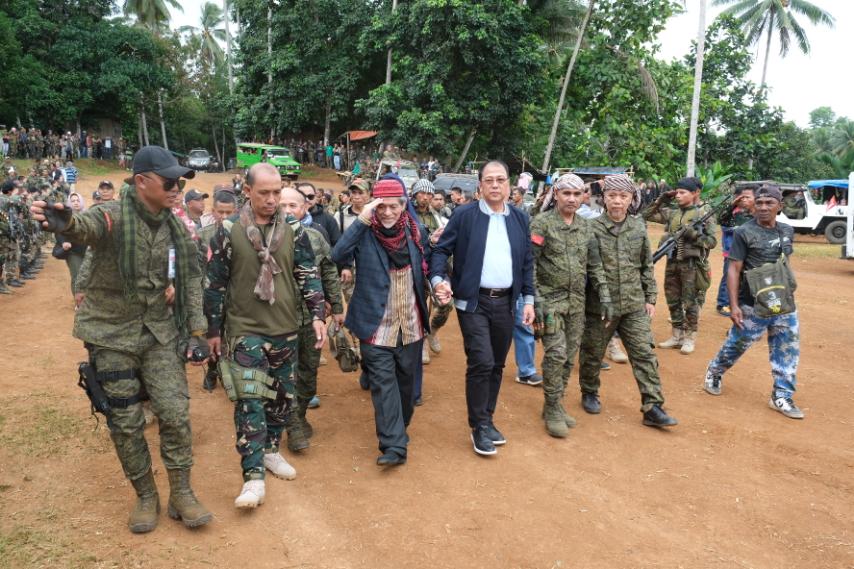 Ending the cycle of violence

As a former official of the Armed Forces of the Philippines, Galvez was assigned in Sulu in early 2000. His stint in the province allowed him to see the ugly face of war which brought untold suffering to the people and claimed the lives of his men.

This situation, he said, must come to an end.

“I lost many of my soldiers here. It’s about time to change the condition of Sulu through peace and progress,” Galvez said.

“And everytime the President learns about people being killed because of this so-called cycle of violence, he is hurt,” he added.

According to the peace adviser, the government, through the Peace Coordinating Committee, will carry out socio-economic programs and projects to uplift the lives not only of MNLF members in Sulu, but the Bangsamoro people as a whole.

Aside from complying with the remaining commitments contained in theTRP, he bared the government will also allocate funds to the committee which shall be used to implement initiatives which seek to bring a greater sense of normalcy to the lives of residents in MNLF communities.

In particular, Galvez said the Peace Coordinating Committee will implement skills and capacity-building training and education for MNLF members that will help them make the transition to peaceful and productive civilian life.

The members, he added, will also be given financial assistance packages which they can utilize in earning sustainable incomes for themselves and their families.

Moreover, Galvez said much-needed government services such as electricity, potable water, infrastructure and sanitation will be made available in their communities.

“That is the promise of our President – a comfortable life for all. For the Filipino people to have an equitable share of the fruits of the development,” he said.

Meanwhile, Galvez urged members of the Abu-Sayyaf Group who are operating in the island-province of Sulu to tum away from their violent, lawless ways and return to the folds of the law.

“We are appealing to you allow the government help you change your lives,” he said, adding that former members of the group in Basilan are now benefiting from livelihood programs provided by the government.

“We all share the same vision here in Sulu, which is enduring peace for all. Let’s get our acts together to make this happen,” Galvez said. ### 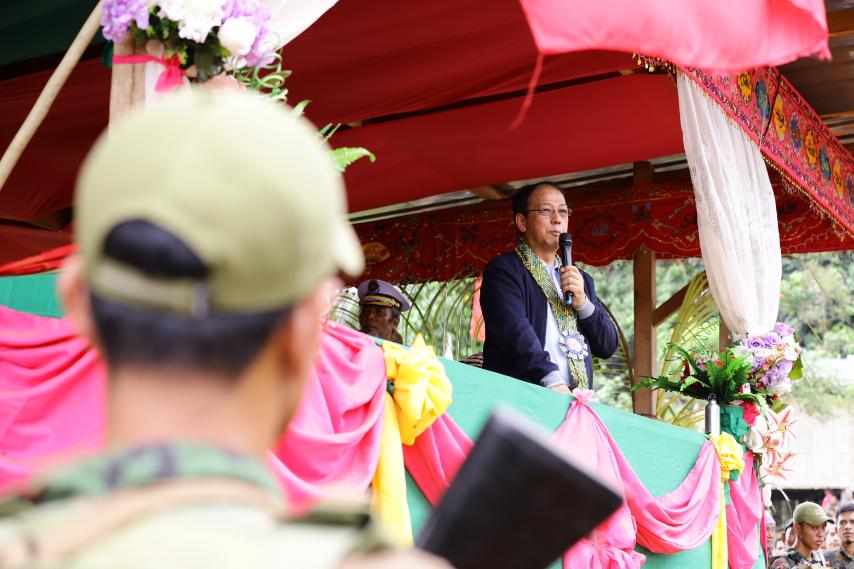