The activity also oriented the base commanders on the initiatives being carried out by the Joint Task Force on Camps Transformation (JTFCT), while giving them an opportunity to draw up initial work plans based on the actual needs of their communities.

Key role of commanders in development

In his remarks during the orientation, Eduard Guerra, JNC co-chairperson, highlighted the major contributions of the base commanders in the MILF’s struggle for self-determination, as he lauded them for travelling all the way from their areas and taking part in the workshop.

Guerra explained the activity aimed to ensure that all the base commanders are properly informed and consulted, and therefore, will have the capacity to play a more active role in the development of their respective communities.

“It will not be good if they (commanders) will be left behind. The planning should not be done by only those on top. Those on the ground should be involved,” he said.

“The [leadership] skills of a combatant will be very crucial. It is inherent in them. We need leadership to move people,” he said, adding that the base commanders must now make the transition from “guerilla commanders to economic managers.”

“Any corporation would need managers. Leadership is very important in any company,” Guerra said, pointing out that the base commanders need to undergo a paradigm shift and “transform their leadership.”

He also emphasized the importance of formulating development plans, especially if these are being prepared to obtain funding and resource mobilization support from foreign donor agencies.

“It boils down to proper planning and consultation. Especially now with the establishment of the Bangsamoro Trust Fund. A lot of foreign donors are willing to help us. If we don’t have plans, how will answer if they have questions?” Guerra said.

He likewise cautioned the commanders to be “realistic” in the crafting of their development plans and programs, as these might have to undergo revisions during the implementation phase.

“You will be the ones to reap these benefits [of development]. You are the ones on the ground. So you must therefore be rational,” Guerra said. 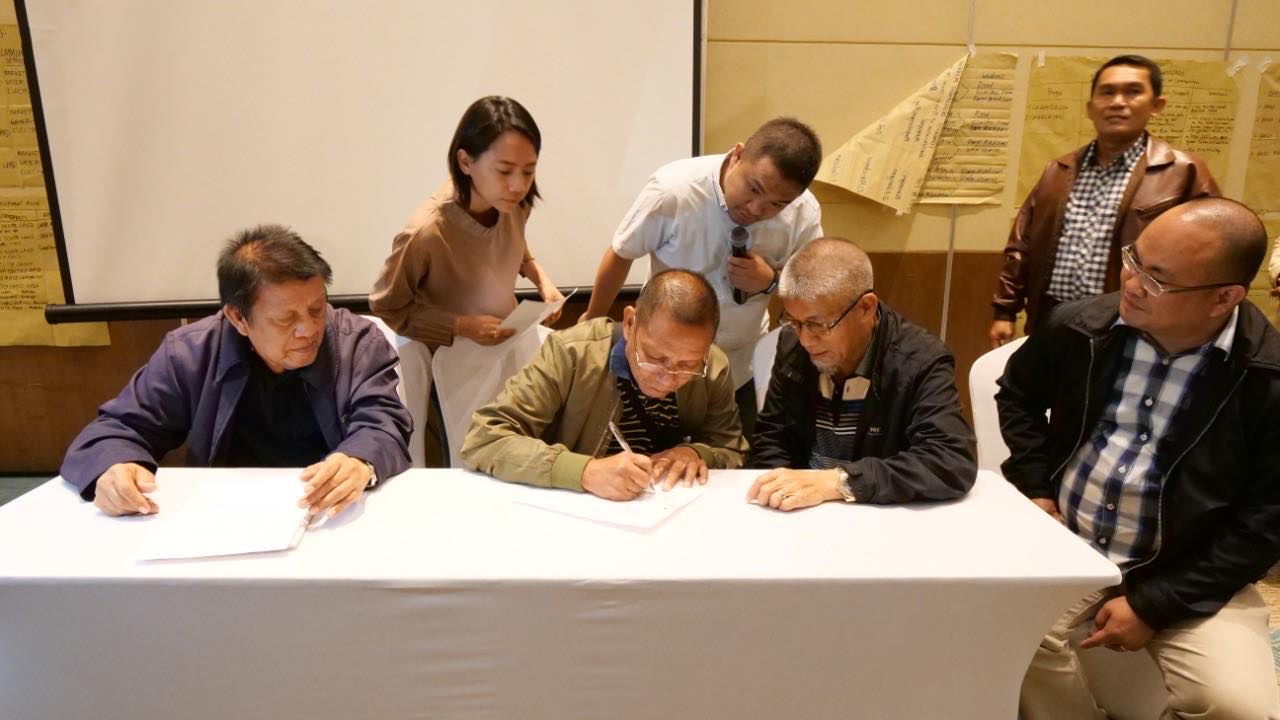 No one is left behind

“Even if these base commands were not consciously put into the agreement (CAB), it has become the responsibility of the JNC to take on this important matter to ensure that no one is left behind in the development process,” Hernandez explained.

He described this realization as an “epiphany” on the part of the JNC, as he noted the Joint Peace and Security Teams (JPSTs) that were established “is only part of a mechanism,” stressing that “the idea of community policing must come from the base commanders themselves.”

He pointed out that the JNC has been actively engaging partners such as civil society, the international donor community and members of media. However, he admitted that more attention must be given to the beneficiaries, which include the base commanders.

“We have to brief our primary beneficiaries. So that the normalization process is clearly understood by everyone, especially those on the ground. They can help us better explain normalization concepts such as policing, security and others,” Hernandez said.

He was pleasantly surprised on how the base commanders conducted themselves during the workshop. No one from the group voice out a complaint, but instead offered suggestions on how they can contribute in uplifting the lives of their people.

“I thought they would be raising a lot of concerns. But what they did was to make recommendations. This demonstrated their willingness to be on board and be part of the process,” Hernandez said. 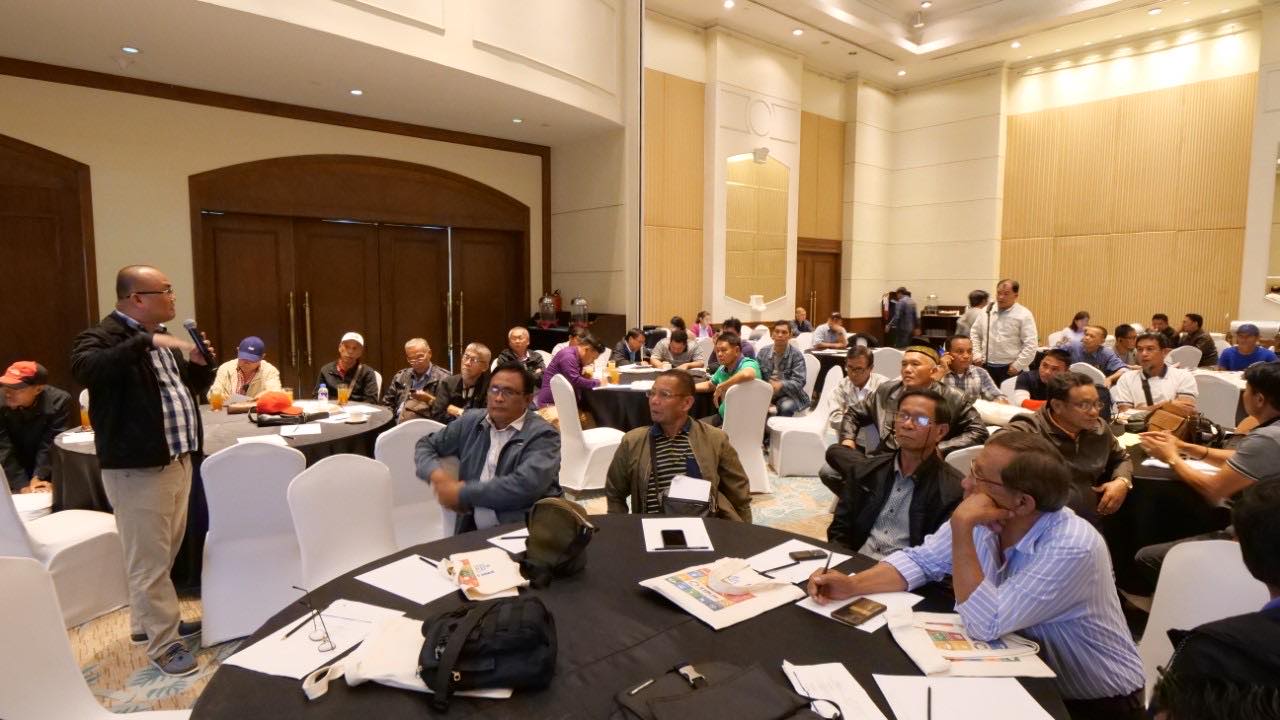 Meanwhile, the JNC co-chair reported that the second phase of the decommissioning of MILF-Bangsamoro Islamic Armed Forces (BIAF) members has shifted to high gear, and has in fact exceeded the JNC’s December 2019 target of 51 percent.

“We have over-performed in our decommissioning target. But what we really need to focus on is camps transformation. We will not only be looking for faces of individuals but communities. This will really give meaning to what we are doing – the transformation of communities,” he said.

In a separate statement, Presidential Peace Adviser Carlito G. Galvez said that he was very pleased with how the decommissioning phase is proceeding, especially that the JNC has already exceeded its target for the year.

“This is a major indication that the decommissioning process is on track. The fact that we have gone beyond our initial targets is a testament of the GPH and Implementing Panel’s desire to sustain the momentum of the Bangsamoro process,” Galvez said.

At the end of the training workshop, Hernandez, together with the base commanders, signed a document outlining the “ways forward,” a list of major activities that are anticipated to jumpstart community development planning in their areas by 2020.

The activities include the formation of a core group; conduct of an area scoping/project briefing; courtesy calls with mayors and barangays councils; secondary data gathering; training of trainers; formulation of a community development plan; and data validation and write-up.

Normalization is the second track of the CAB which covers the decommissioning process. The first is the political track which paved the way for the passage and ratification of the BOL and the creation of the Bangsamoro Autonomous Region in Muslim (BARMM). 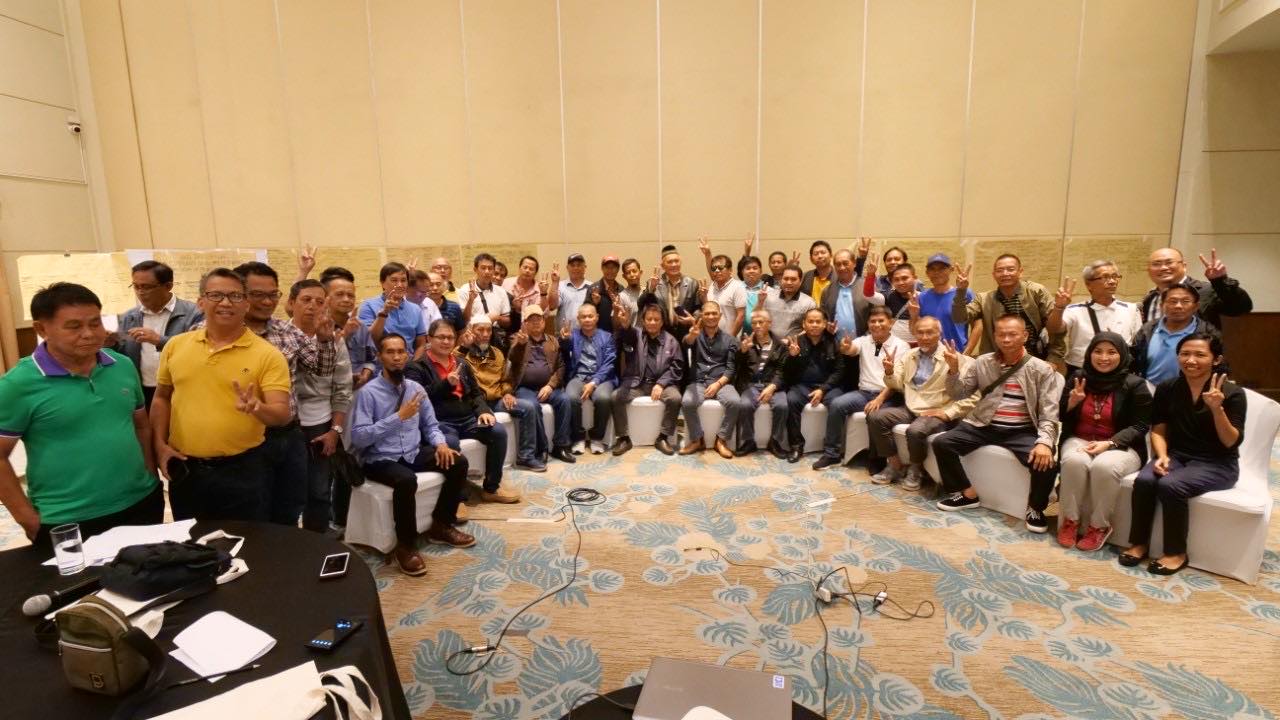