CAMP GENERAL MACARIO PERALTA, JR., JAMINDAN, CAPIZ (5 November 2019) – Local peace engagements under the Duterte Administration’s Whole-Of-Nation Approach are gaining traction, as revolutionary organizations are giving up armed struggle and returning to the folds of the law.

This, as 266 members of the Rebolusyonaryong Partidong Manggagawa ng Pilipinas/ Revolutionary Proletarian Army/ Alex Boncayao Brigade- Tabara Paduano Group (RPM-P/RPA/ABB-TPG), a rejectionist group of the Communist Party of Philippines and New People’s Army, completed their 45-day Community Defense Unit (CDU) training in preparation for their deployment to their respective communities in Negros and Panay Islands.

During the graduation rites of the CDU Class 01-2019 here at the Headquarters of the 3rd Infantry Spearhead Division of the Philippine Army, Presidential Peace Adviser Carlito G. Galvez, Jr., called on the communist insurgents to follow the example of the RPM-P/RPA/ABB-TPG now known as KAPATIRAN.

(To our brothers who are still up in the mountains, the KAPATIRAN, which are your former comrades, is an example of very successful local peace engagements. This is proof that the agreement between the KAPATIRAN and the government yielded positive results.)

Galvez challenged the graduates to embody the lessons they have learned during their training.

(Utilize what you have learned in those 45 days, especially discipline. Discipline is one of the most vital aspects of being a soldier. Without it, we would not succeed in our aspirations.)

Meanwhile, Veronica “Ka Inca” Tabara, co-chair of the Joint Enforcement and Monitoring Committee for KAPATIRAN, lauded the graduates for the hard work and perseverance they demonstrated during the training.

(You are the inspiration of the KAPATIRAN leadership to keep fulfilling its duty to improve the lives of all its members, so that we can continuously help in uplifting the country and its people.)

Veronica is the widow of RPM-P/RPA/ABB-TPG leader Arturo Tabara who was brutally killed by the communist group in 2004.

(We already mentioned that our journey towards the path of peace has not been easy, and such will not end with the creation of the community defense unit, which concludes today with your graduation.) 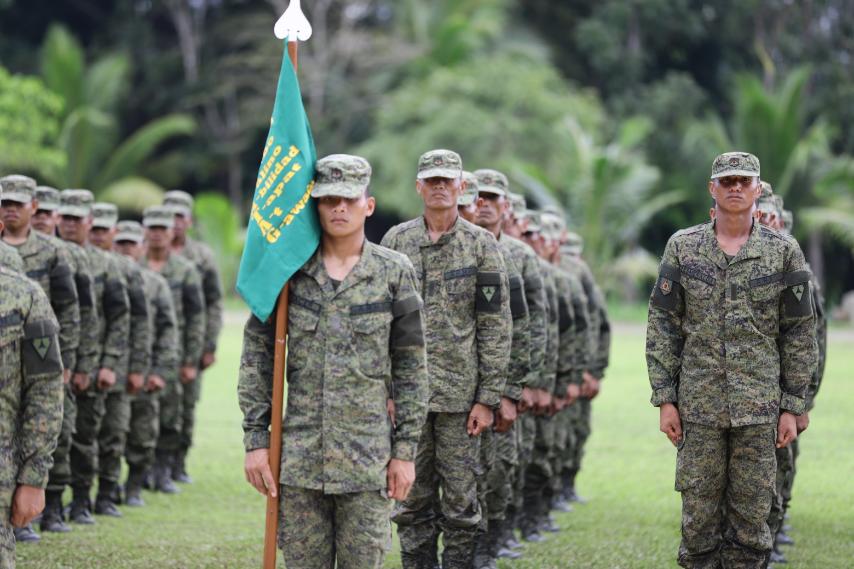 With the graduation of the CDU trainees, the Philippine government and KAPATIRAN have accomplished one of the five components of the Clarificatory Implementing Document (CID), the annex to the peace agreement signed by the parties in 2000.

Malacañang had earlier approved PhP 560 million in funds for the implementation of the CID.

Under the disposition of arms, forces, and security arrangements, KAPATIRAN members turned over 300 short and long firearms as well as explosives, which shall be put beyond use.

A total of 727 profiled KAPATIRAN members also underwent the process of decommissioning in September, which was witnessed by President Rodrigo Roa Duterte.

It was during the decommissioning when the 45-day candidacy training for the CDU was formally launched.

The four remaining components of the CID include: social and economic reintegration of KAPATIRAN members; full transformation of KAPATIRAN into a civilian organization engaging in socio-economic and political activities; community peace and dividends, and; pardon and release of remaining alleged political offenders.

Under the plan, the Office of the Presidential Adviser on the Peace Process (OPAPP) will partner with concerned government agencies such as the Department of Social Welfare and Development, Technical Education and Skill Development Authority, and Commission on Higher Education to implement the said initiatives.

Galvez said it is the aim of the Duterte Administration to provide holistic interventions for the returnees to ensure their successful transition to civilian life. The programs are meant to benefit their immediate family members and relatives.

Major General Dinoh A. Dolina, commander of the 3rd Infantry Division, Philippine Army, welcomed the CDU graduates to the Armed Forces, as he recognized the historic partnership forged between the national government and the KAPATIRAN.

(Now you are formally part of the Armed Forces of the Philippines. As our brothers in service, your fight shall be our fight. Your enemies are now our enemies. On this day, we hereby formalize our unity for peace and development of our Motherland.)

(Being a member of the CDU shall capacitate you and reward you with peace of mind, because now you are one with the government in securing your communities against troublemakers.)

Recalling the instructions of President Duterte, Galvez said that no one should be left behind in the peace process.

“We are assuring you that the Duterte administration will not leave you behind,” he said.

(I hope you become good public servants; we shall continue to support your efforts in fulfilling your duty as part of the Armed Forces of the Philippines.) 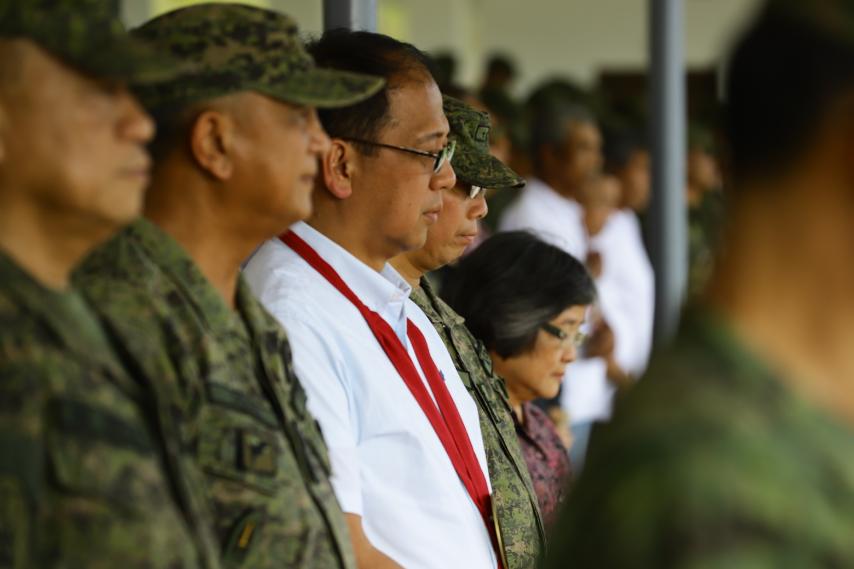