103rdINFANTRY BRIGADE, MARAWI CITY (October 17, 2019) — Under the bright morning sun, two former soldiers stood side by side, as they performed snappy salutes to pay tribute to their fallen comrades.

After a wreath-laying ceremony attended by military and local officials, Galvez and del Rosario proceeded to a monument with a mounted metal plaque containing the names of those who perished during the five-month war to liberate Marawi.

The former Armed Forces of the Philippines chief-of-staff stood teary-eyed, as he bent over and read the names of the soldiers, recalling how he personally monitored and guided them as chief of the Western Mindanao Command.

“This is the time to remember their names one by one. I remember the time how they fought and how they died,” Galvez said, as he gently ran his fingers over metal plate.

“I remember every name [of] those who sacrificed for the liberation of Marawi. This is one of the many ways that we can show to the people that we will always remember them,” he added. 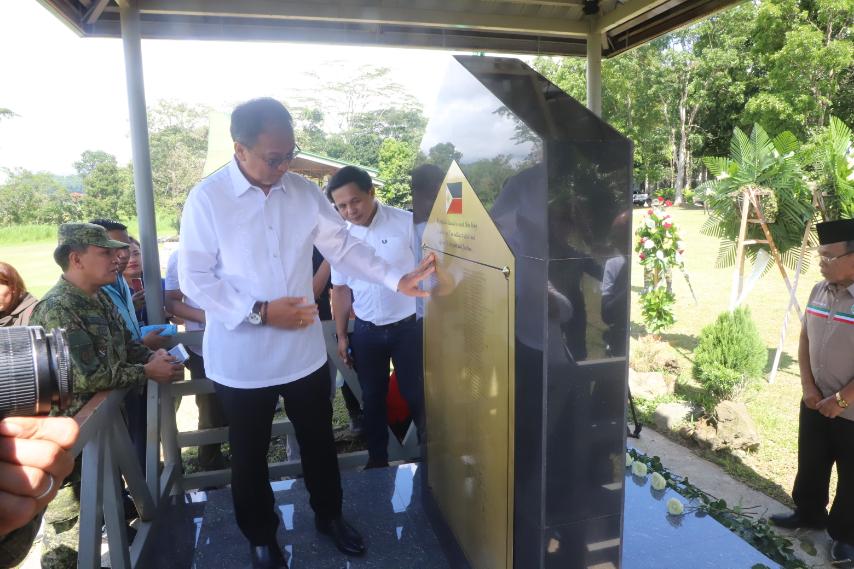 When asked by a member of media how he felt when every time he sent his men to battle, he said: “It is bothering [for] me…losing 126 people is something you can never forget.”

“In hindsight, I would like tell the people that this is the way…how soldiers [had] to give up their lives just to liberate Marawi from the clutches of terrorism. That’s the oath of the soldier and that we are ready to die for our country and for our people,” a solemn Galvez said.

Del Rosario, who is also the Chairperson of the Housing and Urban Development Coordinating Council, had good news for the people of Marawi.

“We would like to inform everybody, especially our Maranao’s brothers and sisters, that in this second anniversary of the Marawi liberation, we are on track with our timetable as embodied in the Master Development Plan,” he told members of the press.

“This October, the most affected area (MAA) will be cleared of bombs. We will be requesting the AFP to declare the MAA as safe [from] the danger of bombs,” del Rosario added.

He revealed that by November 30 of this year, debris throughout the city will be cleared to pave the way for the construction of “vertical and government infrastructure projects.” Construction work is expected to commence by November or December this year.

“With these developments, we can say that the completion of the rehabilitation will be attained or achieved by December 2021,” an upbeat del Rosario said.

During a multi-stakeholder peace forum at the Mindanao State University, Galvez underscored the importance of dialogue as a means of resolving the challenges being confronted by the residents of Marawi as they move on and rebuild their lives.

(This gathering will enable us to discuss and exchange views on how we bring peace and development in your community.)

(We can achieve these goals through conversations such as this. Let us open our hearts and minds and listen to each other. I believe that all those who are can help in Marawi’s recovery.)

Galvez said the Office of the Presidential Adviser on the Peace Process (OPAPP) is implementing an initiative called the Social Healing and Peacebuilding (SHAPE) Program, which aims to promote a culture of peace, reconciliation and understanding among the people.

He also announced that OPAPP will soon be signing a memorandum of understanding with the Mindanao State University (MSU), wherein OPPAP will be providing support to the university’s peacebuilding institute to ensure its sustainability. 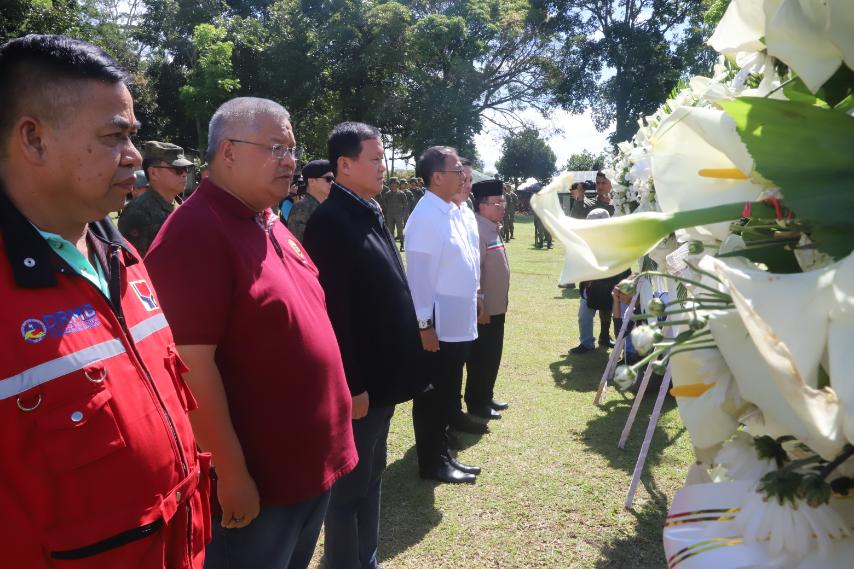 Referring to the MSU as the “tunay na kolehiyo ng bayan,” Galvez acknowledged the university’s crucial role in Marawi’s recovery by building an army of peacebuilders and uniting Muslims, Christians and Indenious Peoples in campus and beyond.

He also lauded the major contributions of the civil society, local government units, teachers, religious leaders and the security sector in the city’s rehabilitation.