PASAY CITY (30 September 2019) — In a historic moment, former revolutionary leaders, active and retired military officials, along with members of the diplomatic corp and peace advocates gathered here to make a collective call for enduring and sustainable peace throughout the country during the culmination of the National Peace Month celebration and the 26th Anniversary of the Office of the Presidential Adviser on the Peace Process (OPAPP) on Monday.

The celebration’s highlight was the warm exchange among Moro leaders who had distanced themselves from each other for many decades. Everyone was elated as the distinguished men went up the stage and embraced each other.

“The meeting was indeed historic. What we are seeing here is a reflection of the collective desire of all revolutionary leaders and the government to attain lasting peace in the country. In line with the peace commitment of President Rodrigo Roa Duterte, we at the OPAPP will continue to do our best to bridge people, promote understanding and unity all in the name of peace,” Presidential Peace Adviser Carlito G. Galvez Jr.

“It’s a wonderful night that gave us the sign that it is now the time for our deep wounds from all conflicts to heal,” he said.

“Congratulations to everybody, to team OPAPP, and all peacemakers for making the impossible possible,” Galvez added.

Senator Juan Miguel Zubiri, who was instrumental in the passage and ratification of the Bangsamoro Organic Law, recognized the agency’s key role in pushing forward the Bangsamoro peace process. 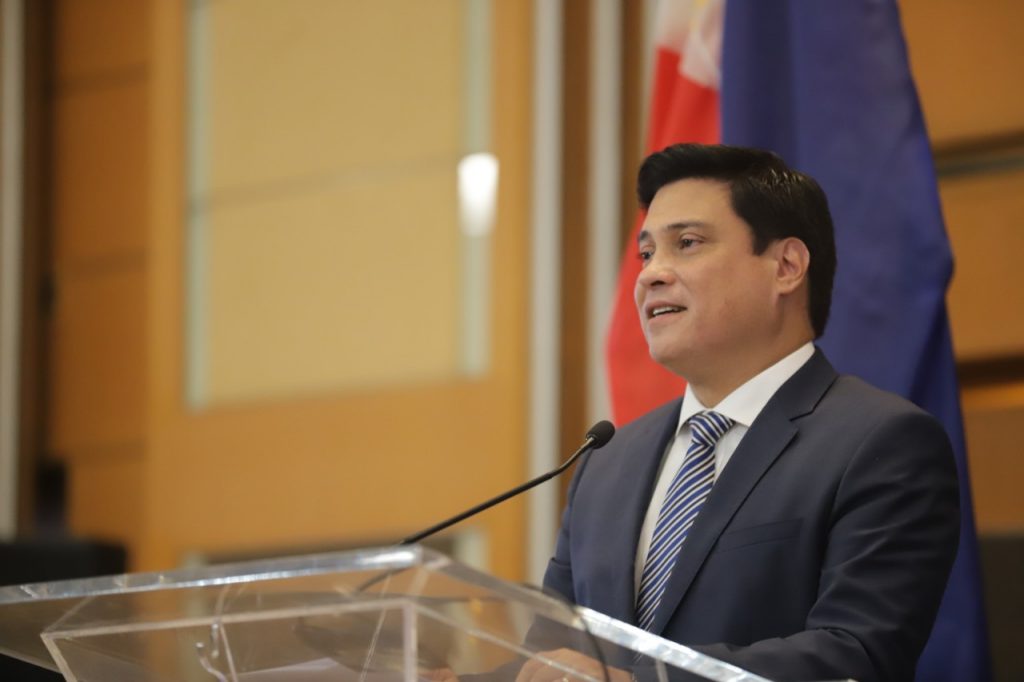 “OPAPP has been an invaluable instrument for peace in the nation. In particular, OPAPP has served and continues to serve a vital purpose in our journey towards genuine and lasting peace in Mindanao,” noted Zubiri, who was the event’s guest of honor.

“I look forward to the success of our peace process … The President knows how to totally achieve peace. I do believe this is a very opportune time for all of us to join hands to concretize what the President wants to happen very soon (in the peace process),” Misuari said.

For his part, Ebrahim extended his message of peace to the other Moro fronts in Mindanao, a gesture of goodwill that could invaluably contribute to achieving sustainable peace in the island-region.

“We are open, open arms kami, lahat ng grupo iniimbita namin (we are inviting all groups). We also believe that the real success of the peace process is the collective effort of everybody. So kailangan namin ang lahat. We cannot afford to isolate anybody. We need everybody,” Ebrahim said, referring to the ongoing implementation of the Comprehensive Agreement on the Bangsamoro, which paved the way for the establishment of the BARMM.

Zubiri also praised the resolve of the former combatants to undergo the decommissioning process, acknowledging their difficult decision to lay down their arms and return to mainstream society as peaceful and productive civilians.

“It takes a noble depth of courage to relinquish one’s arms, especially when it might feel tantamount to relinquishing the fight altogether. But it is an act of bravery, to lay down one’s arms in victorious acknowledgement that the future can only be claimed through peaceful cooperation,” Zubiri said.

Leaders of former revolutionary groups in Northern Luzon and in the Visayas also expressed their solidarity with their Moro brothers and sisters, as they reaffirmed their commitment to the peace agreements in their respective organizations signed with the Philippine Government.

Veronica Tabara, leader of the Rebolusyonaryong Partidong Manggagawa ng Pilipinas/ Revolutionary Proletarian Army/ Alex Boncayao Brigade-Tabara Paduano Group, or KAPATIRAN, highlighted the significance of the gathering not only for their group but for all peace stakeholders across the nation. 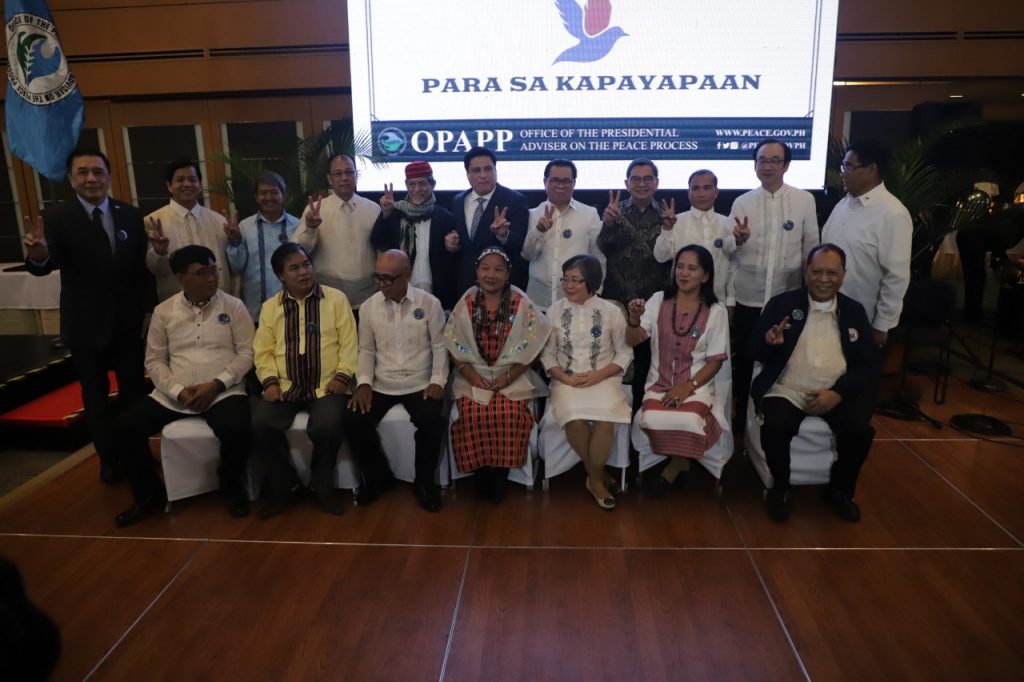 (This gathering is very important, because KAPATIRAN is also seeing the good efforts of other peace tables in pursuing peace. It’s also very inspiring, invigorating to continue to push the work for peace.)

In the meantime, Cordillera Bodong Administration-Cordillera People’s Liberation Army elder Leonardo Bon-as was grateful for the major gains achieved in the peace process, while recognizing the tangible results of the peace deal they forged with the government.

(Thanks to the administration of President Duterte because we saw that the government is sincere, like what happened in the South.)

A call for unity

According to Galvez, the Duterte administration’s goal is to unify the Filipino people and lay the foundations of enduring peace in the country by implementing all signed peace agreement with all revolutionary groups.

“This is our promise; that we will work together as one,” he said.

“From here, it is clear that peace is ultimately about justice, equity, tolerance, harmonious pluralism, and full respect of human life and humanity. It is for all of us and, thus, requires a shared commitment from all of us, as well,” Galvez said.

The peace adviser also enjoined everyone to adhere to the “Document on Human Fraternity for World Peace and Living Together,” which was signed by His Holiness Pope Francis and The Grand Imam of Al-Azhar Ahmad Al-Tayyeb as they “hope and seek to achieve the aim of finding a universal peace that all can enjoy in this life.”

“We affirm the belief that all human beings are equal in rights, duties and dignity and commit ourselves to working for God’s call to ‘live together as brothers and sisters’ and ‘to fill the earth and make known the values of goodness, love and peace,” he added.