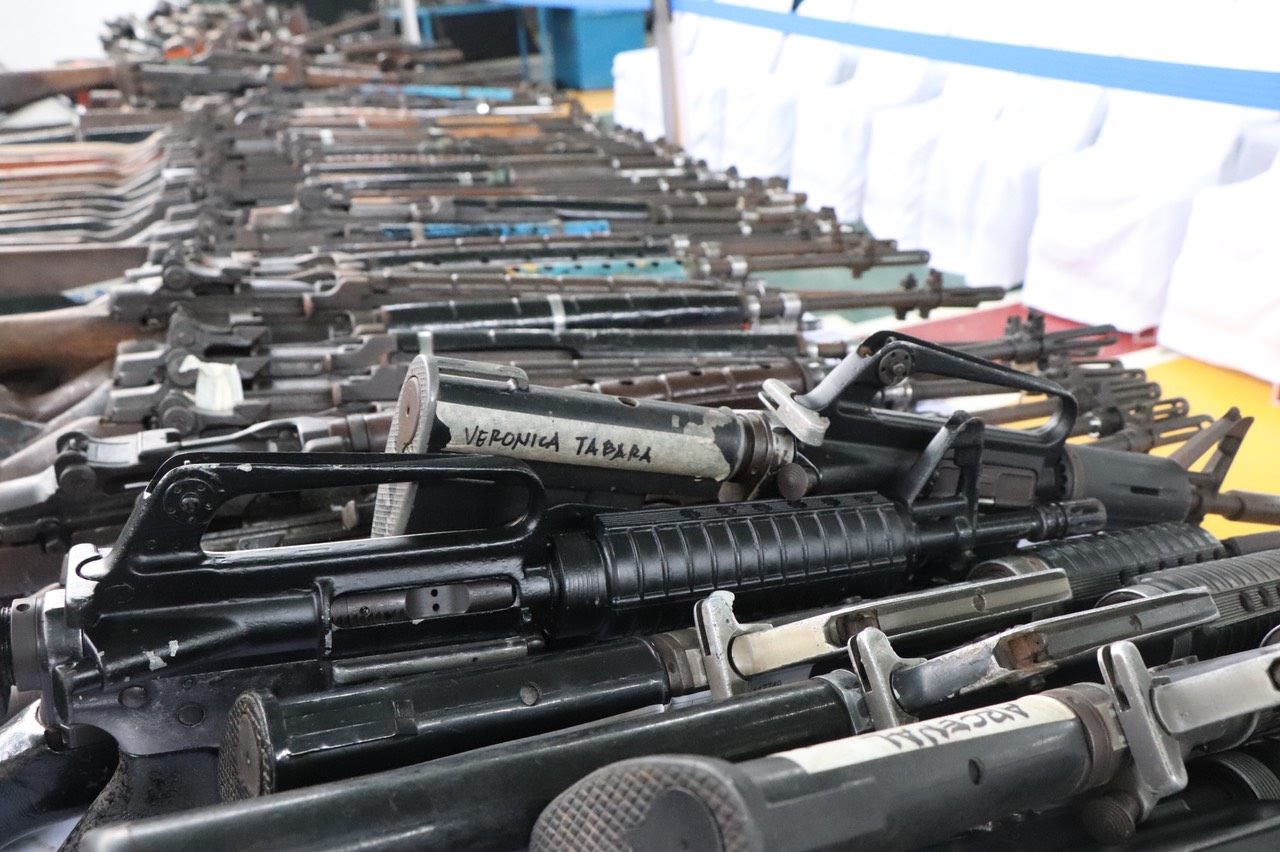 “Be assured of the government’s full support for your reintegration to the mainstream society,” the President said during ceremonies held here attended by cabinet secretaries, local chief executives and representatives of partner agencies.

“You know, itong (this) civilization, lumaki ito, lumobo (developed)… it was not because of the so many rebellions perpetrated against government. It did not come about because of a revolution. It came about dahan-dahan lang (gradually). Nag-evolve tayo (we evolved). It is always a product of evolution,” he stressed.

The President also reassured the 727 decommissioned members of the RPM-P/RPA/ABB-TPG, or KAPATIRAN, that the government will protect them now that they have turned away from a life of violence.

“We are now duty bound to protect you. And if you think that you are in danger at titingnan ko (and i’ll see) that you are almost — kayo ang mamamatay, bigyan ko kayo ng bagong armas (you are dying, i’ll give you arms),” he added.

Part of the of the disposition of arms and forces of the RPM-P/RPA/ABB-TPG is the training of 267 members that would qualify them as members of the Community Defense Unit.

They shall undergo 45 days of training in the areas of nationalism, chain of command, camp defense and disaster response and rescue operations, among others.

During the event, Duterte inspected more than 300 long and short firearms that were turned over by the KAPATIRAN to the government. Several high-powered firearms were also demilitarized onsite.

The President also urged the Department of Agrarian Reform to fast-track the awarding of land titles to the masses.

“Kung wala namang silbi ‘yang lupa ng gobyerno, hindi naman ginagamit, ibigay mo na sa tao kay may problema tayo (If the government’s land has no use, not utilized, give it to the people). That’s my offer to the communists. Bibigyan ko pa sila ng bahay (I will even give them a house),” he said.

According to the President, KAPATIRAN members will be prioritized because of the peace agreement signed between the government and the former revolutionary group that led to the successful decommissioning of its members.

“There has been a reconciliation between our warring principle… kayo, mas lalo na kayo (kasi) nagkasaulian tayo ng loob (moreso you since we have built trust with each other), ” he said.

KAPATIRAN head Veronica Tabara lauded the signing of the Clarificatory Implementing Document in July, as well as the decommissioning of its forces.

Earlier in the day, the Department of Social Welfare and Development distributed cash assistance to KAPATIRAN members, as part of the socio-economic package promised under the CID.

Each member of the KAPATIRAN received a cash assistance of PhP 25,000.

The President also led the awarding of Community-Based Forest Management Agreement and forest guard contracts, PhilHealth ID cards, certificate of completion for well water drilling training, certificates of lot awards for 24 housing units, and several livelihood projects to the KAPATIRAN, including the turnover of a PhP 5 million Coco Mill facility in Aklan.

Meanwhile, Presidential Peace Adviser Carlito G. Galvez, Jr. said that many members of the CPP-NPA are sending out surrender feelers.

“May mga nagpaparating sa atin na gusto na rin nilang bumalik sa gobyerno. Bukas po tayo sa usaping pangkapayapaan sa local level. Let the success of the KAPATIRAN be an example to those who are still on the mountains. Take advantage of this momentum,” Galvez said.

(There are those who express that they also wanted to return to the government. We are open to peace engagements at the local level.) ###