MANILA, September 27, 2019 – The decommissioning of non-state combatants and their weapons, and the social healing being carried out in conflict-affected areas in some parts of the country took center stage during the month-long celebration of the National Peace Consciousness Month.

“This year’s Peace Month saw the positive results of the Duterte’s administration peace and development agenda. What we witnessed in this month’s peace celebration is the commitment of our brothers and sisters, who previously fought against the government, to change their lives, as well as the continuing efforts to heal and spread reconciliation throughout conflict-prone areas, particularly in Marawi City,” Presidential Peace Adviser Carlito G. Galvez Jr. emphasized. 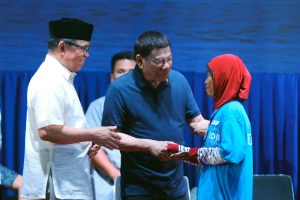 Galvez noted that the theme of this year’s Peace Consciousness Month “Tapang at Malasakit Para sa Kapayapaan” reflects the administration’s strong political will and commitment to implement all signed peace agreements and promote peacebuilding across the nation.

“The theme only proves that the peace roadmap that the Duterte administration is trekking is correct and acceptable,” he added.

In the Visayas, at least 727 members of the Rebolusyonaryong Partido ng Manggagawa-Pilipinas/ Revolutionary Proletarian Army/ Alex Boncayao Brigade – Tabara-Paduano Group or KAPATIRAN, a communist rejectionist group, underwent the process of disposition, including more than 300 of their weapons last week.

By far, this is the biggest number of members of former rebel groups who have agreed to put their weapons beyond use and start their transition into peaceful and civilian life.

Various efforts to promote social healing and reconciliation in conflict-ridden areas are being spearheaded by the Office of the Presidential Adviser on the Peace Process (OPAPP). 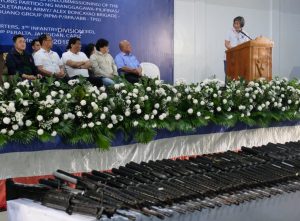 The message from the riders was loud and clear: they were one in saying that the people of Lanao del Sur reject all forms of violence, as they vowed to help in the rehabilitation of Marawi City.

The ride kicked off at the Provincial Capitol, passed by the Lanao Lake, and ended in the municipality of Butig, Lanao del Sur. 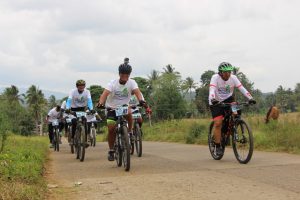 Calls for forgiveness and healing also reverberated during the first commemoration of the Palimbang Massacre in Sultan Kudarat. The memorialization was held after 45 years since the incident.

In Northern Luzon, residents held a wreath-laying ceremony in honor of fallen state troopers who paid the ultimate sacrifice for the nation’s peace and freedom.

A marker was also unveiled to memorialize the gallant contribution of the Cordillera People’s Liberation Army (CPLA) fighters who fought side-by-side with government forces against the communist group for 33 years.

Galvez also met with former members of a revolutionary group based in the Cordillera who have agreed to create a Joint Evaluation and Monitoring Committee (JEMC) that will keep track of the progress made in the implementation of the peace agreements signed by the parties.

This mechanism, Galvez said, will also serve as the venue wherein the parties can jointly develop comprehensive and sustainable programs to help transform former combatants, their families, and communities.

Empowering the youth to handle the peace process

This year’s peace month celebrations also focused on the role of the youth in peacebuilding efforts through the institutionalization of Peace Education in secondary schools and universities.

“Building a culture of peace is one of the pillars of the Six-Point Peace and Development Agenda of the Duterte Administration,” Galvez said, adding that the current administration “recognizes the powerful concept of peacebuilding as a vital instrument to ensure all programs of the government are conflict-sensitive and peace-promoting as it tries to address the root causes of the conflict in the country.” 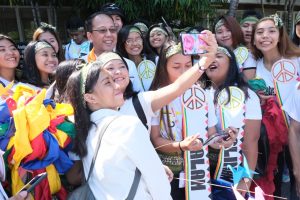 “Peacebuilding efforts through peace education will shape our new generation with peace lens that will aid them in making sound policy and decisions in the future,” he said.

“We are doing all of these to prepare our future generations since they will be the ones who will carry on the challenging task of moving forward the Philippine peace process,” Galvez said.

He was referring to the existing partnerships between OPAPP and other academic institution in developing learning materials as tools “to handle disputes promote dialogue and understanding the dynamics of conflict, art of mediation and conflict management, reconciliation and unity which ultimately help put an end to the ‘generational cycle’ of violence in our country.”

National Peace Consciousness Month is commemorated September of every year by virtue of Proclamation No. 675 issued last July 2004. Under the said proclamation, OPAPP has been mandated to spearhead the nationwide Peace Month celebrations among national and local government agencies in partnership with other peace stakeholders.

Specifically, the event aims to “instill greater consciousness and understanding among the Filipino people on the comprehensive peace process to strengthen and sustain institutional and popular support for and participation in this effort, as well as in the global movement spearheaded by the United Nations to promote a Culture of Peace based on nonviolence, respect for fundamental rights and freedoms, tolerance, understanding and solidarity.” ###