GAMU, Isabela, September 17, 2019 – The Office of the Presidential Adviser on the Peace Process (OPAPP) and the former revolutionary group based in the Cordillera have agreed to create a Joint Evaluation and Monitoring Committee (JEMC) that will keep track of the progress made in the implementation of the peace agreements signed by the parties.
This mechanism, according to Presidential Peace Adviser Carlito G. Galvez Jr, will also serve as the venue wherein the parties can jointly develop comprehensive and sustainable programs to help transform former combatants, their families, and communities.

“It is the ultimate desire of President Rodrigo Roa Duterte to fulfill the government’s obligations to all signed peace agreements, and to ensure that the people will benefit from it,” Galvez said.

Galvez flew here on Monday with the Commander 5th Infantry Division to lead the wreath-laying in honor of fallen state troopers who paid the ultimate sacrifice for the nation’s peace and freedom, and the unveiling of the marker to memorialize the gallant contribution of the Cordillera People’s Liberation Army (CPLA) fighters who fought side-by-side with government forces against the communist group for thirty-three years.

Also present during the ceremonies were Major Gen. Pablo M. Lorenzo, Commander of 5th Infantry Division, and Brigadier Gen. Bismarck D. Soliba, who is recognized as the most active senior military officer from the Cordillera, as well as World War II veterans.

Galvez, who was accompanied by OPAPP officials, also joined Cordillera elders and their families to commemorate the peace agreements signed between the parties during the celebration of the National Peace Consciousness Month here. 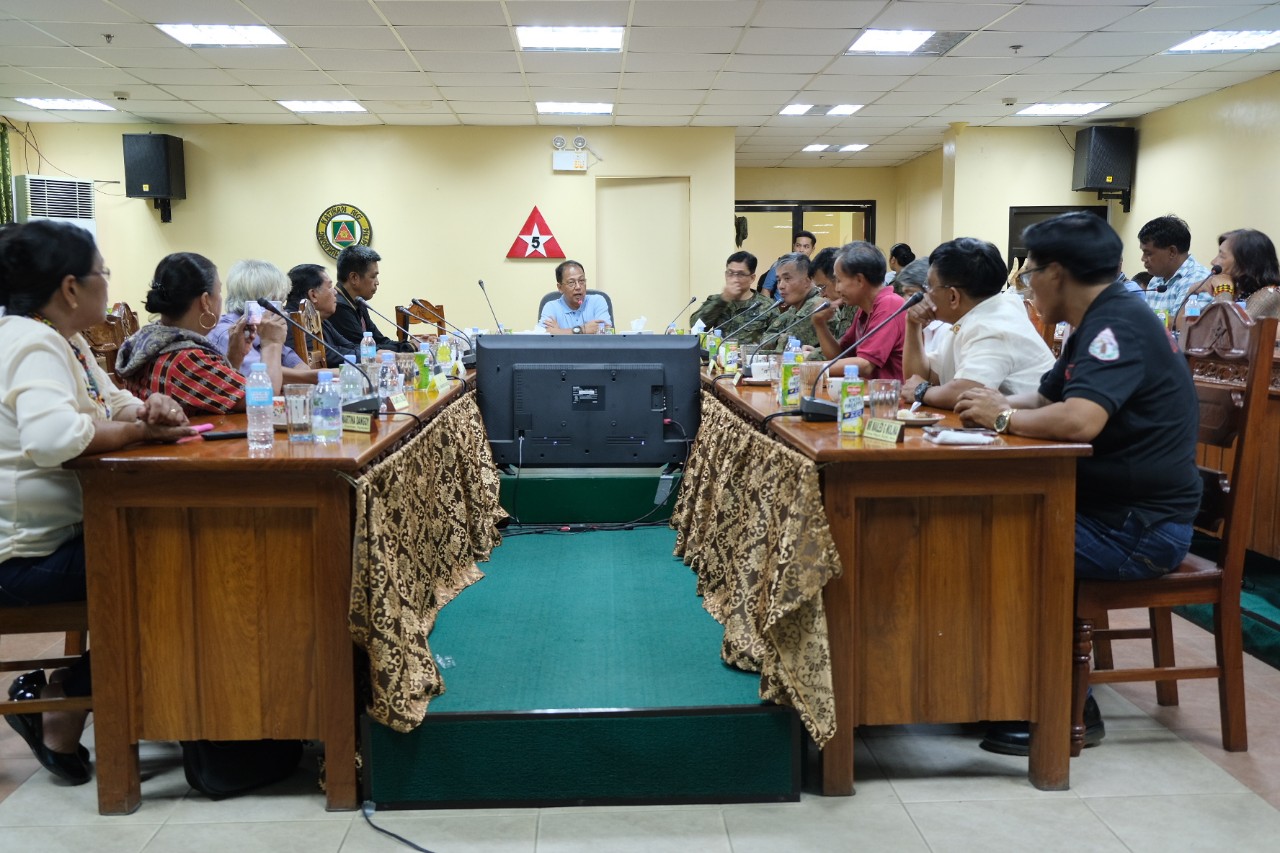 The parties vowed to continue to work hand in hand for sustainable peace in this area 33 years after the signing of the peace agreement on September 13, 1986 , which became known as the Mt. Data Peace Accord or Sipat.

The peace agreement signified a partnership of cooperation, trust and respect that has held and sustained a ceasefire for the past 30 years.

Following the historic peace agreement, several administrative (AO 19, 2001) and executive orders (EO 49)  were issued by previous administrations to reintegrate former members of the CPLA into the Armed Forces of the Philippines (AFP).

On July 4, 2011, a Memorandum of Agreement “Towards the CPLA’s Final Disposition of Arms and and its Transformation into a Potent Socio-economic Unarmed Force” was signed between the Philippine Government and the Cordillera Bodong Administration – CPL A in Malacañang as the culmination of the 1986 Mt. Data Peace Accord.

At present, 384 returnees have been fully integrated into the AFP, with 15 of them becoming full-fledged officers. On the other hand, 888 of them are now members of the Civilian Armed Forces Geographical Unit, while 456 have opted to avail of the government’s livelihood programs.

“I am personally honored and delighted to see the growth of young Cordilleran soldiers who were products of [the] dividends of peace and unity. It started with the historic Sipat with the CPLA and the government in 1986,” BGen Soliba said.

“The integration of former CPLA members and their next of kin has changed the lives of a significant number of people.  The soldiers of the Armed Forces of the Philippines calls for sacrifice and dedication to duty. Your Armed Forces is not merely a government agency,”  he pointed out.

“It is a realization of the mission of Father Conrado Balweg (founder of CPLA) to integrate the Cordillera Armed Forces,” Soliba added.

For his part, Lorenzo noted that soldiers from the Cordillera and the former CPLA members and now AFP integrees “are very reliable partners in our quest for peace and development.”

“Roughly 32 percent of the manpower of the 5th ID are from the Cordillera. Indeed, this is a significant force that we can unleash to tackle the different security challenges not only on the CPP-NPA in the regions, but also our quest for development, and our mission to be the responders in humanitarian assistance and disaster relief operations,” he said.

“I am certain that our soldiers formed together, are vigilant in their endeavor to maintain peace within our area,” Lorenzo added.

According to CPLA integree Corporal Revaliza Gulingan, she is very grateful to be given the opportunity to become part of the AFP.

Galvez said he will propose a concept similar to the Inter-Cabinet Cluster Mechanism on Normalization being implemented for decommissioned Moro Islamic Liberation Front, wherein key government agencies are pooling their expertise and resources to help the former combatants and their families reintegrate to mainstream society as peaceful and productive civilians.

“We will look at the welfare not only of the former combatants but as well as their families and their communities,” he said.

The funds for the initiative will be lodged with the government’s PAyapa at MAsaganang PamayaNAn or PAMANA, which is the national government’s convergence program that extends development interventions to isolated, hard-to-reach and conflict-affected communities, to ensure they are not left behind in the development process.

Galvez noted that the peace process in the provinces of Kalinga, Abra, Apayao, Ifugao, Benguet, and Mountain Province will enhance the approaches and strategies that are in line with the implementation of Executive Order No. 70 or Whole-of-Nation Approach with local counterparts.

“What we are seeing here is the peace policy of the Duterte administration, with “Tapang and Malasakit” para sa Kapayapaan [which] reflects the realities on the ground with declaration of Persona non Grata against the CPP-NPA and the presence of the LGUs and other agencies to improve and uplift the social conditions of communities afflicted with conflict,” he said. ###