CAMP SIONGCO, Maguindanao, (July 19, 2019) – Top officials of the Bangsamoro Transition Authority (BTA) and the local chief executives of the Bangsamoro Autonomous Region in Muslim Mindanao (BARMM) have thrown their full support behind President Rodrigo Roa Duterte’s Executive Order No. 70 which institutionalizes the Whole-of-Nation in fighting the communist insurgency in the country.

“While BARMM as a region may have minimal problem [with] the communist insurgency, nonetheless, we still take it as a serious concern,” declared BTA Interim Chief Minister Ahod Balawag Ebrahim, aka Murad Ebrahim, in his remarks during an orientation forum on EO 70 held here Thursday 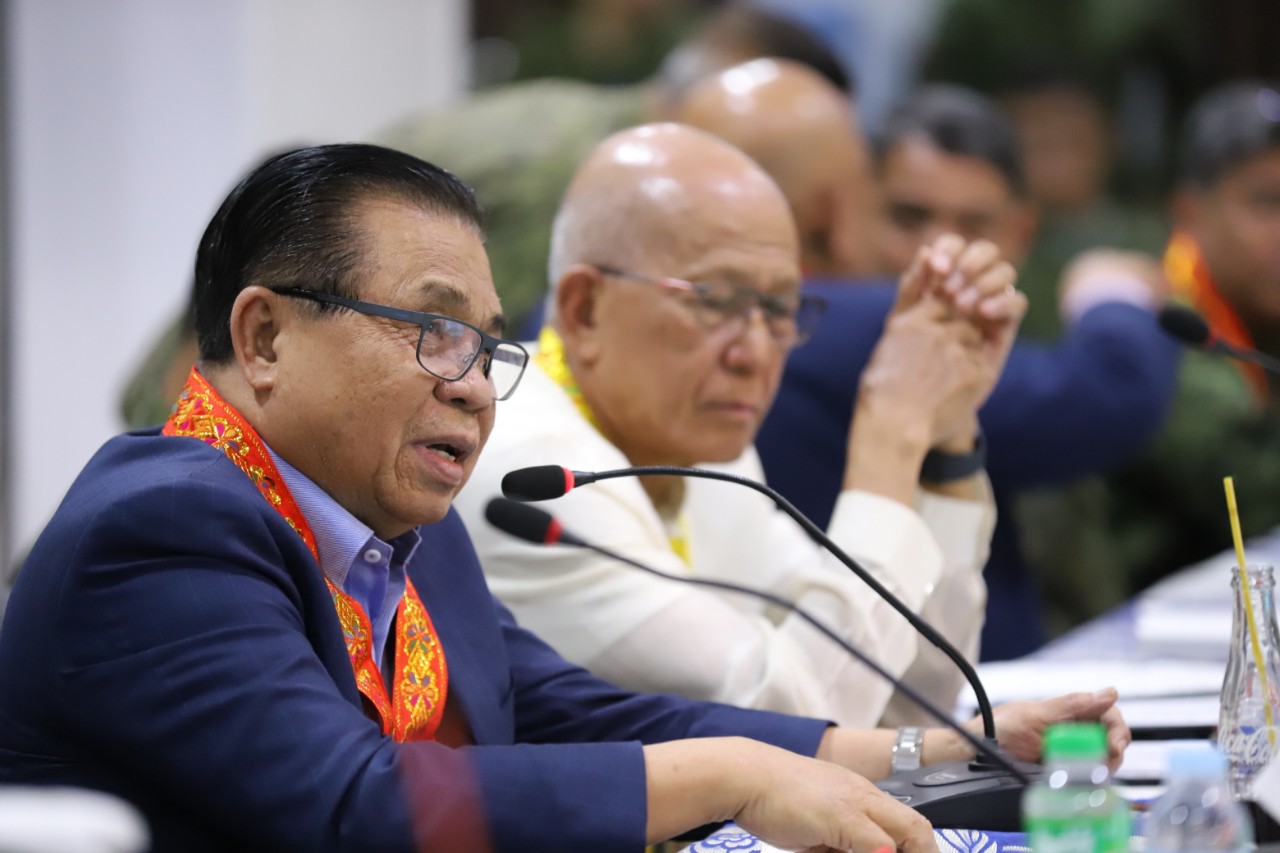 Signed by President Duterte on December 4, 2018, EO 70 aims to attain inclusive and sustainable peace across the nation. It has led to the creation of a National Task Force to End Local Communist Armed Conflict (NTF-ELCAC) and the adoption of a National Peace Framework.

The NTF-ELCAC is tasked to ensure the efficient and effective implementation of the Whole-of-Nation Approach. This is a synchronized delivery system for basic government services and socio-economic assistance packages in vulnerable and conflict-affected communities.

“We in the BARMM leadership subscribe to the proposition that a Whole-of-Nation approach is [the] key towards resolving the communist insurgency in the country,” Ebrahim said.

“The Whole-of-Nation approach needs to mobilize and harmonize all institutions and instrumentalities of government,” he pointed out.

“These may be easier said than done, but with strong political resolve – that kind of political will [that is] always being demonstrated by our President – we can make significant strides against communist insurgency, as well as other remaining security threats, in the BARMM and elsewhere,” he added.

Ebrahim said the BTA leadership welcomes the national government’s proposal to form a group that would come up with recommendations on how to best deal with the insurgency problem in Mindanao.

Ebrahim was joined by members of the BARMM Parliament, cabinet ministers, and local chief executives during the day-long forum spearheaded by the Department of National Defense.

Also in attendance were representatives from the National Security Council, Philippine National Police and the Armed Forces of the Philippines.

According to Defense Secretary and BARMM Cabinet Officer for Regional Development and Security (CORDS) Delfin Lorenzana, who led the discussions during the forum, there is a need to develop a tailored-fit approach to effectively address the security situation in the BARMM.

CORDS is a mechanism that aims to link regional and sub-regional levels of government to national agencies. Its main objective is to harmonize all peace, development and security efforts with the end goal of resolving the insurgency problem in the country.

“I would like to direct the WESMINCOM (Western Mindanao Command) Commander and the 6ID Commander to come up with a framework also na hindi lang itong i-target natin yung  (not just to target) insurgency, but the extremism at saka (and) terrorists dito sa (here in the) area in cooperation with the BARMM,” Lorenzana said. 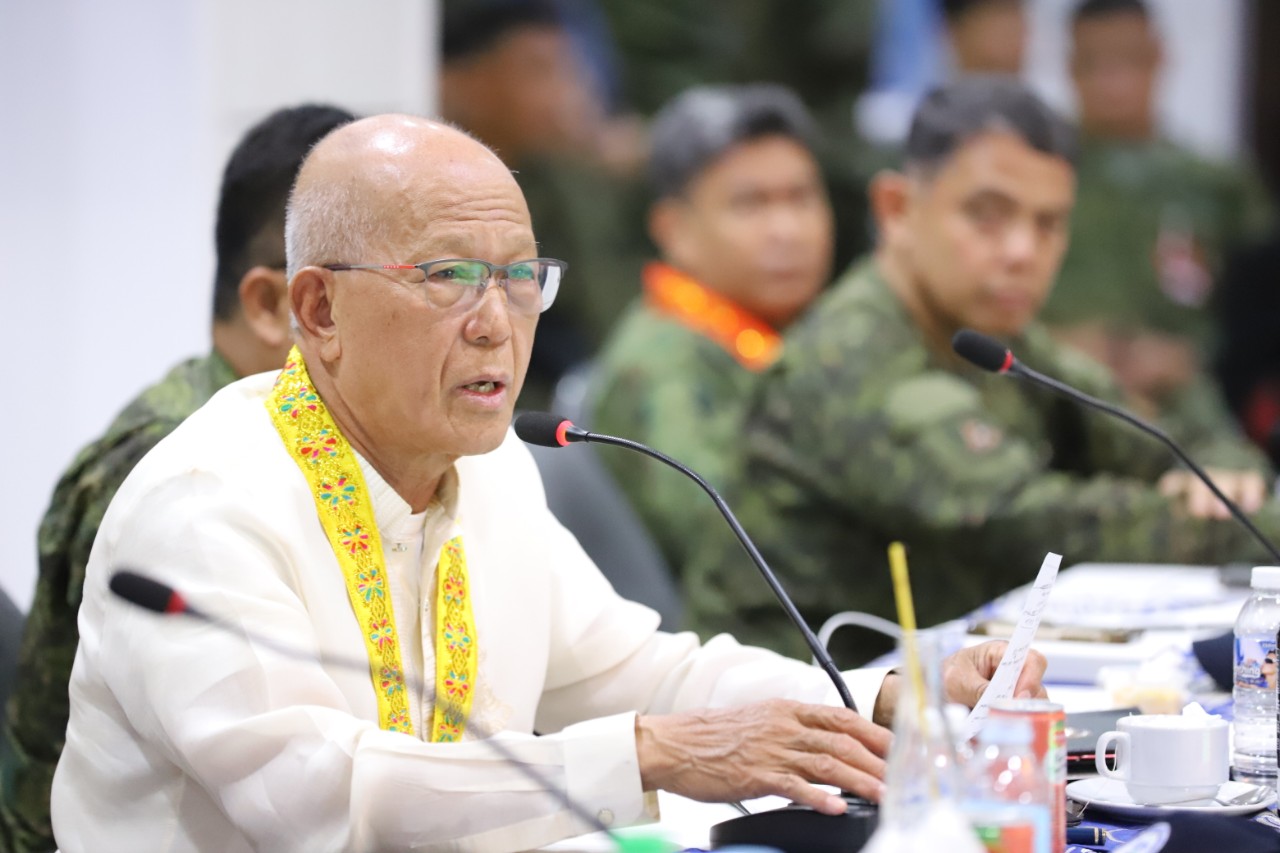 The Defense Chief said he volunteered to handle CORDS in the BARMM since he hailed from Parang, Maguindanao and he wanted to contribute in solving all the lingering problems in his homeland.

The exchanges among participants during the forum also highlighted the mechanisms that need to be established to counter the threat of violent extremism in the country.

“Rest assured that [the] WESTMINCOM will always be at your back to support all your endeavors with the common vision of eradicating communist terrorist groups and other threat groups in our respective communities,” said WESTMINCOM Commander Lt. Gen. Cirilito E. Sobejana,

“We are certain that peace and development in the region will soon be at hand,” Sobejana said.

During the meeting, there is  a consensus among participants that good governance is the key in addressing the  problem with armed groups in the region. This is why the BTA is fast-tracking the reforms in the BARMM.

BTA Parliament Speaker Pangalian M. Balindong, said the BTA has made significant headway in the BARMM

“We had a meeting with His Excellency recently and he was satisfied with our report, that the BTA is doing its best even beyond the limitations of its resources,” he said.

“The members of the ad hoc committees are working double-time to ensure that the approved bills will eventually be enacted into law,” Balindong added.

As proof of its performance, the BARMM through its Ministry of Environment, Natural Resources and Energy was able to remit over P200-million to the Office of the Regional Treasury in just a span of three months following its creation last February.

“Transparency and accountability has been established. As a result of this program, our collections have improved. In fact, the Ministry of Environment and Natural Resources and Energy under Minister Sammy Gambar or Abdulraof Macacua, for the first time, have remitted in the first three months of operation a total amount of P200-million. In the past, collections of this Ministry have only amounted to P100-million in a year,” said Mohajirin T. Ali, the acting executive director of the Regional Planning and Development Office – BARMM.

Another suggestion made during the discussions was the need to empower members of the community following the shift from a “military-centric approach” to a “people-led approach” in line with the implementation of the Whole-Of-Nation Approach.

For National Intelligence Coordination Agency – BARMM Deputy Regional Director Wilfredo Nasol, ensuring the security of communities is not only the government’s responsibility but should be everyone’s concern.

“Kailangan na rin natin i-empower ang ating (we also need to empower our) communities in countering violent extremism. The vigilance and cooperation of the community will lead to community that is secure from terrorists and their evil acts,” Nasol said.

“Despite the different security challenges being confronted by the BARMM, the region’s leadership has demonstrated once again that it is willing to undertake all necessary measures that would ensure the safety and security of the Bangsamoro  people,” Galvez said. 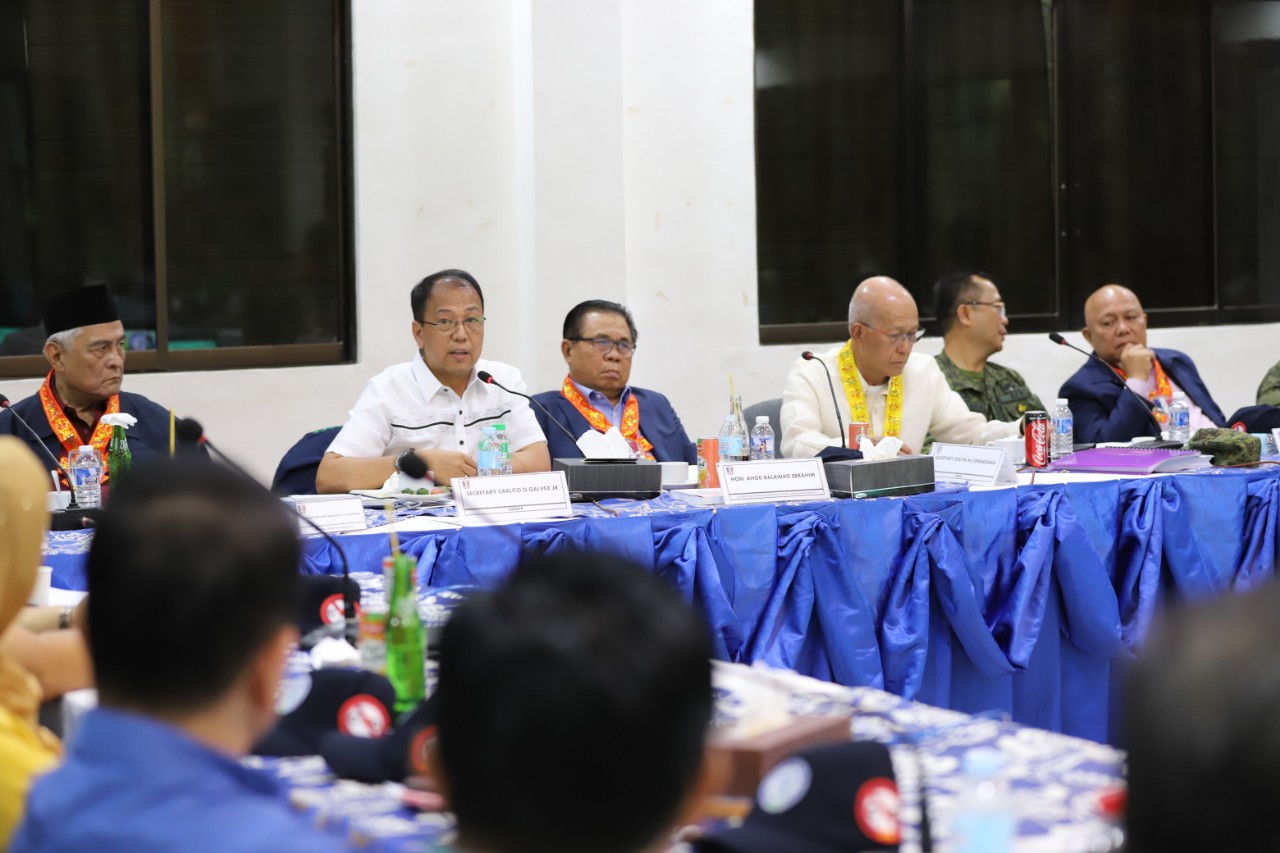 A key feature of EO 70, he said, are localized peace engagements wherein members of the community themselves will be the ones to provide solutions on how to best resolve situations of conflict in their areas.

“These community-driven initiatives could be more effective in de-escalating conflict because they are based on realities on the ground,” Galvez said.

As the CORDS for Central Luzon,the presidential peace adviser convenes and presides over the Regional Task Force (RTF)-ELCAC in Central Luzon, which is composed of the Regional Peace and Order and Regional Development Councils and representatives of the security sector.

During the RTF-ELCAC 3’s first meeting last July 12 in Pampanga, the body issued a resolution declaring the Communist Party of the Philippines-New People’s Army as “persona non grata.”

Ebrahim, Lorenzana, Galvez, and other officials also signed a symbolic note of commitment  to end all armed conflict in the BARMM. ###