Spearheaded by the Office of the Presidential Adviser on the Peace Process (OPAPP), 4th Infantry Division, Eastern and the Mindanao Indigenous Peoples Youth Organization (MIPYO), with support from the United Nations Development Programme through its Peacebuilding Fund, the three-day assembly contributes to the Sectoral Unification, Capacity-building and Empowerment Cluster under the National Task Force to End Local Communist Armed Conflict (NTF-ELCAC) in line with Executive Order No. 70’s Whole-Of-Nation Approach.

Under this approach are localized peace engagements wherein local government units, agencies and members situated in conflict-affected communities can take the lead in providing recommendations on how to resolve the root causes of the decades-long communist insurgency.

OPAPP, under the leadership of Presidential Adviser on Peace, Reconciliation and Unity Carlito G. Galvez Jr., builds on previous peacebuilding initiatives to create greater synergy and complementation among concerned agencies in the implementation of EO 70.

“This activity is very important. Our IP Youth is a very vulnerable sector that can be exploited by the Communist Terrorist Group. It is our moral obligation to guide and save them from the tentacles of terror and violence. We have to mentor, educate them, make them productive and active pillars of their communities,” Galvez said in a prepared message for the participants.

During the event, Albin James Binayao, Chairperson of the MIPYO, pointed out that there have been a lot of youth gatherings in the past which are anchored on the theme of peace and development that did not give them the opportunity to propose realistic solutions that would help uplift their well-being.

There were instances when they felt they were just being used by local politicians and left-leaning groups to help push forward their own agenda. 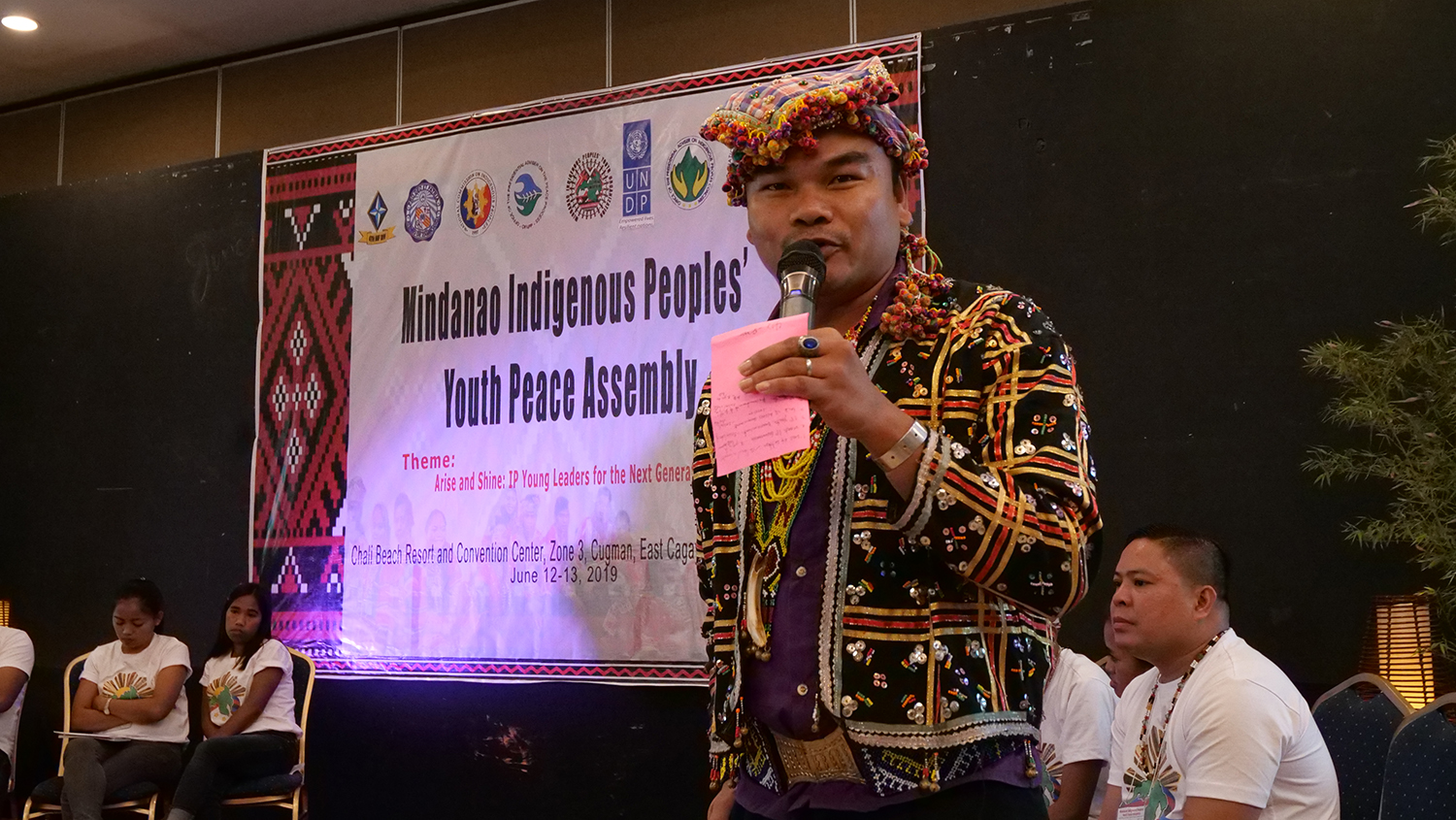 “We are being treated like children. We should put an end to this cycle,” Binayao said.

“We should speak out. We should tell them (government agencies) what we exactly need so they can help us,” he said.

This gave birth to the MIPYO, whose first activity was visit key national government agencies in Manila to bring to their attention the challenges being confronted by the Mindanao’s lumad youth.

At the sidelines of the same event, Atty. Reuben Lingating, former Chairperson of the NCIP, stressed that in order to empower Mindanao’s young indigenous peoples, they must be given the opportunity to surface concerns that need to be addressed by the government.

“We need to have a paradigm shift. We need to create a platform where they are given the opportunity to be part of the policy-making processes on matters that could impact on their rights” said Lingating who was also the former chair of the Government of the Philippines’ IP Peace Panel. 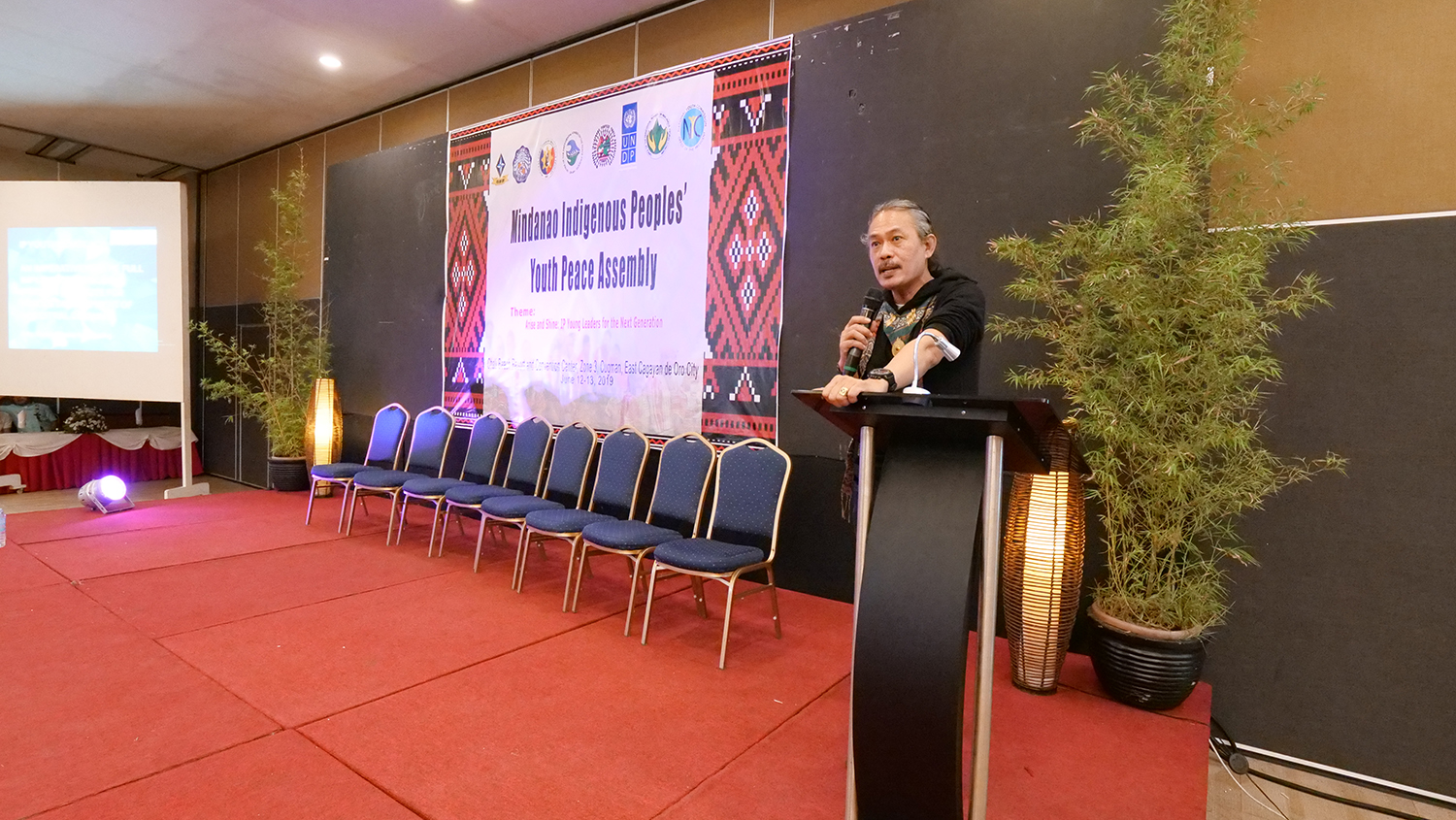 This is the why, he explained, the participation of the Lumad youth will be crucial in the assembly, as they will be at the forefront in pushing for the full implementation of the Indigenous Peoples’ Rights Act or IPRA.

“The IPRA is a peace covenant between the national government and the country’s indigenous peoples, to correct historical injustice” Lingating noted.

He lamented that due to failure of previous governments to fully implement the IPRA, the communist insurgents have used this as an issue to convince IPs to continue to join their ranks.

Based on data from the security sector, 74 percent of those recruited by the rebels in Mindanao come from lumad communities.

Lingating suggested that the lumad youth, for instance, band together and visit their respective legislative district representatives to ask them to support the IPRA’s full implementation.

He also said the IP youth can play a major role in the national government’s efforts to promote social healing and reconciliation in conflict-affected communities.

“It is not enough that you clear the areas [of rebels] and then pour in assistance. A lot of administrations in the past have failed because of this approach,” Lingating said.

“Healing and reconciliation should immediately follow utilizing the traditional conflict resolution mechanisms of the IP community to unify the divide caused by the 50 years local communist armed conflict,” he said.

“In this way, you can prepare the community to engage in peace and development programs of government as a unified community where everyone is helping one another. And the lumad youth can actively assist their respective elders and leaders in these efforts,” he added.

According to Lingating, a number of our IP communities in conflict-affected areas are still “kept in the dark.” They are still made to believe the “old narrative” that the State is treating them as squatters in their own ancestral domains and territories.

This narrative, however, has long been addressed by the passage of R.A. 8371 otherwise known as Indigenous Peoples Rights Act of 1997 or IPRA.

Under the law, ancestral domain claims, duly validated as belonging to IPs, are now recognized by the State as private community property of the tribe and is no longer forming part of the public domain.

For his part, the newly designated National Commission on Indigenous Peoples (NCIP) Chairperson Allen Capuyan said the Whole-Of-Nation Approach was conceptualized and implemented after the President decided to terminate peace talks with the communist insurgents in 2017.

“The President realized that when the ceasefire with the rebels was in effect, there were more cadres on the ground. He therefore decided to cancel the negotiations,” he told the delegates of the assembly.

Capuyan also currently serves as the Executive Director of the National Task Force to End Local Communist Armed Conflict (NTF-ELCAC), the inter-agency body that was created to oversee the implementation of the Whole-Of-Nation Approach where the IP agenda has been “mainstreamed” in the body’s 12 clusters.

Under the NTF-ELCAC are Cabinet Officer for Regional Development and Security or CORDS, which is a mechanism that aims to link regional and sub-regional levels of government to national agencies in order to harmonize overall peace, development and security efforts.

According to him, the Duterte Administration’s sincerity to find a genuine and long-lasting solution to the insurgency problem is beyond question, saying “the government is foremost a peace-builder.”

On top of Capuyan’s agenda is to ensure that the agency will be able to better respond to the pressing issues confronting the country’s indigenous peoples, specifically those that will impact on their rights and welfare.

Capuyan, who is also a lumad himself, said that he will be bringing back the IP consultative body, which he said should have a “higher” standing in the NCIP structure. 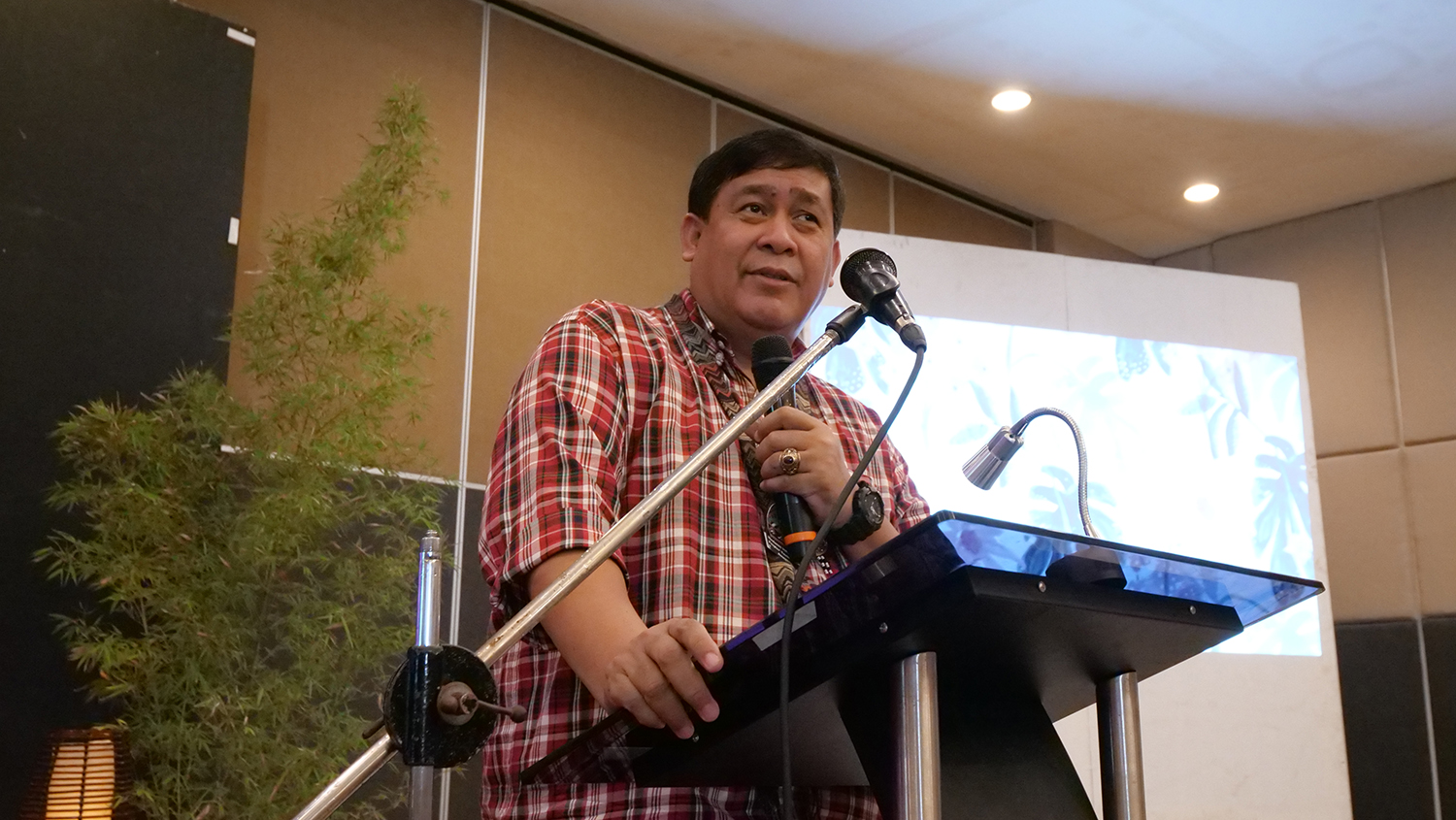 “The NCIP should serve the lumad tribes and not the other way around,” he said.

Capuyan said he is also pushing for greater transparency and accountability in the deliberation and decision-making process of the agency.

“Instead of its once a month en banc meeting, the commission will be having these meetings twice a week,” he said.

And as head of the NTF-ELCAC Secretariat, he has also ensured that the IP agenda has been “mainstreamed” in the body’s 12 Clusters.

“For the first time, we have mainstreamed the agenda of the indigenous peoples [in all aspects of governance],” Capuyan said.

In the meantime, Capuyan called on the youth delegates to help the government in correcting the flawed narrative of the communist rebels.

“You don’t need to do propaganda. You just have to be bearers of the truth,” he said.

Capuyan also advised them to show respect and most importantly, listen to the advice of their elders in the community.

“Find time to listen to them. Learn from them. Wisdom goes with age,” he said.

In closing, Capuyan asked the delegates to put their trust in the government, saying “Please trust this government. Let us all work together and unite.”

The three-day assembly was also supported by the Mindanao Indigenous Peoples’ Council of Elders, NCIP, Ateneo de Zamboanga University, the National Youth Commission and the Armed Forces of the Philippines 4th Infantry Division. ###