Government workers, especially security forces, are now being equipped with trainings on the culture of peace to ensure government interventions for the rehabilitation process are culturally sensitive to the people in Marawi.

Now on its third year, the Office of the Presidential Adviser on the Peace Process (OPAPP) with Task Force Bangon Marawi, the 103rd Infantry Brigade and 2nd Mechanized Brigade of the Armed Forces of the Philippines (AFP) have been implementing Duyog Ramadan for the residents affected by the armed conflict in 2017.

The initiative involves introducing conflict sensitive and peace-promoting (CSPP) practices not only for programs being implemented in the city but also to state workers, particularly to the personnel of the AFP.

In recent years, the program has already trained two batches of the Hijab Troopers, which are mainly composed of military women.

These brave ladies were recognized last Monday for their major contribution to the peacebuilding efforts in Marawi. 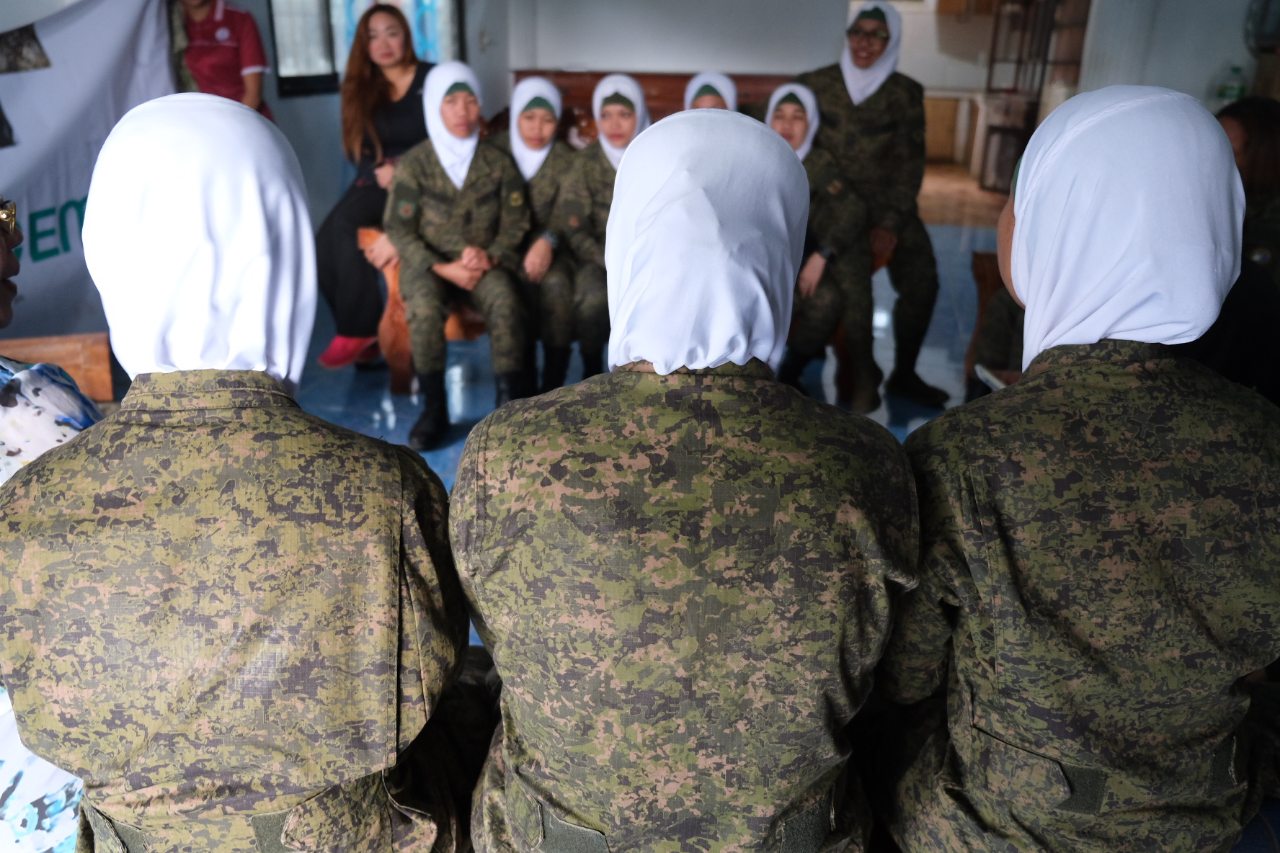 Members of the Hijab Troopers were one in saying that the CSPP training carried-out by the OPAPP have helped them develop a better understanding of the peace process and learn how to help victims of war-torn communities recover from the conflict.

“I have realized when we go to the community, we should understand and be sensitive to the culture of the area that we served,” said Sgt. Sharon Larona who was among the first batch of Hijab Troopers assigned in Marawi after the siege broke out.

At the recognition ceremony during the 10-day Duyog Marawi, General Romeo Brawner, the commander of 103rd Brigade, who was himself CSPP trained, encouraged members of the AFP to undergo the training.

“This CSPP training is very important because it open our minds from thinking as a military person to thinking as peace advocate,” he said. 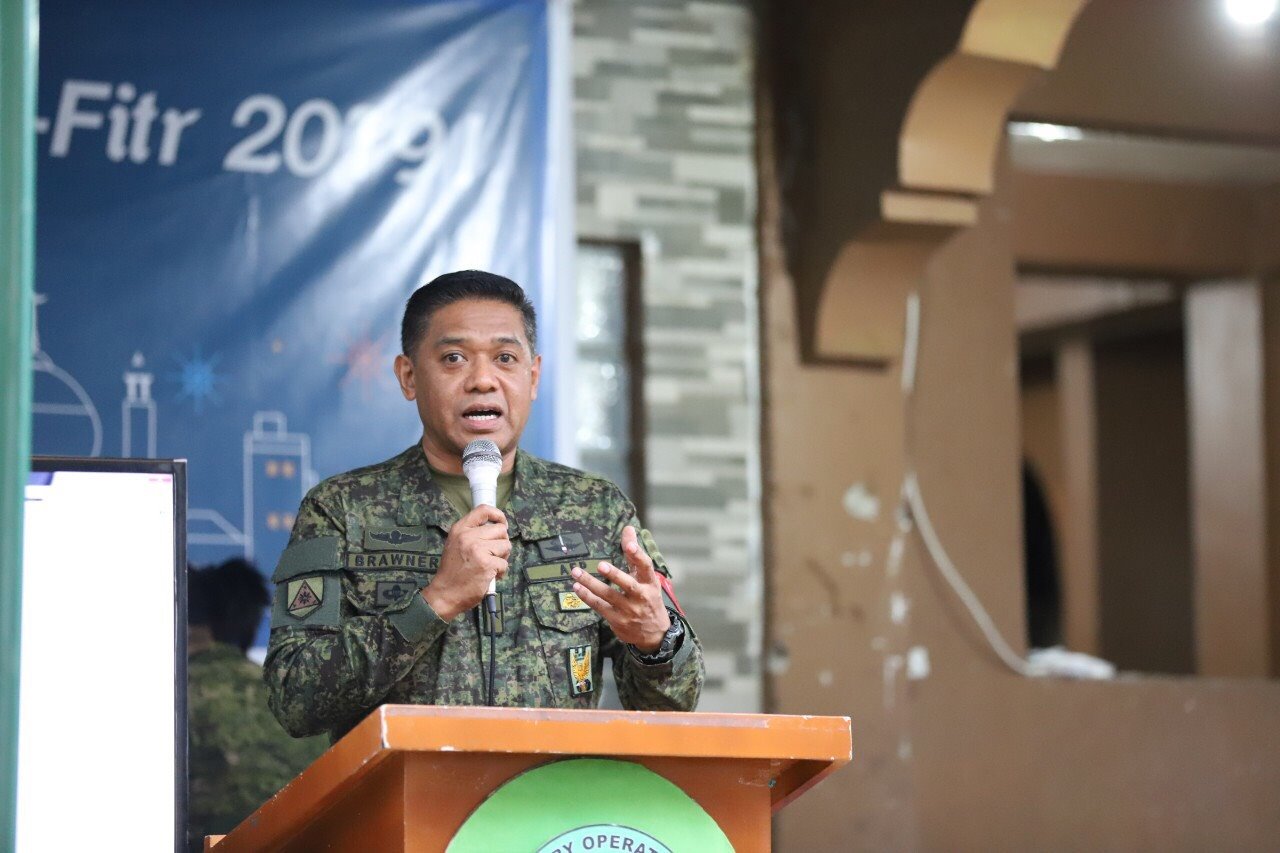 “We were told that the core competency of the military is to fight wars. But there’s more to our job than just fighting wars, and this is peacebuilding, peacekeeping, and peace promoting,” he emphasized.

“Because of the importance of these trainings, I think, all military personnel should undergo CSPP trainings not just to those personnel who are assigned in conflict-affected areas,” he added.

“The Hijab Troopers helped ensure gender and cultural sensitivity. We are encouraging that CSPP be part of the military’s curriculum,” she said. 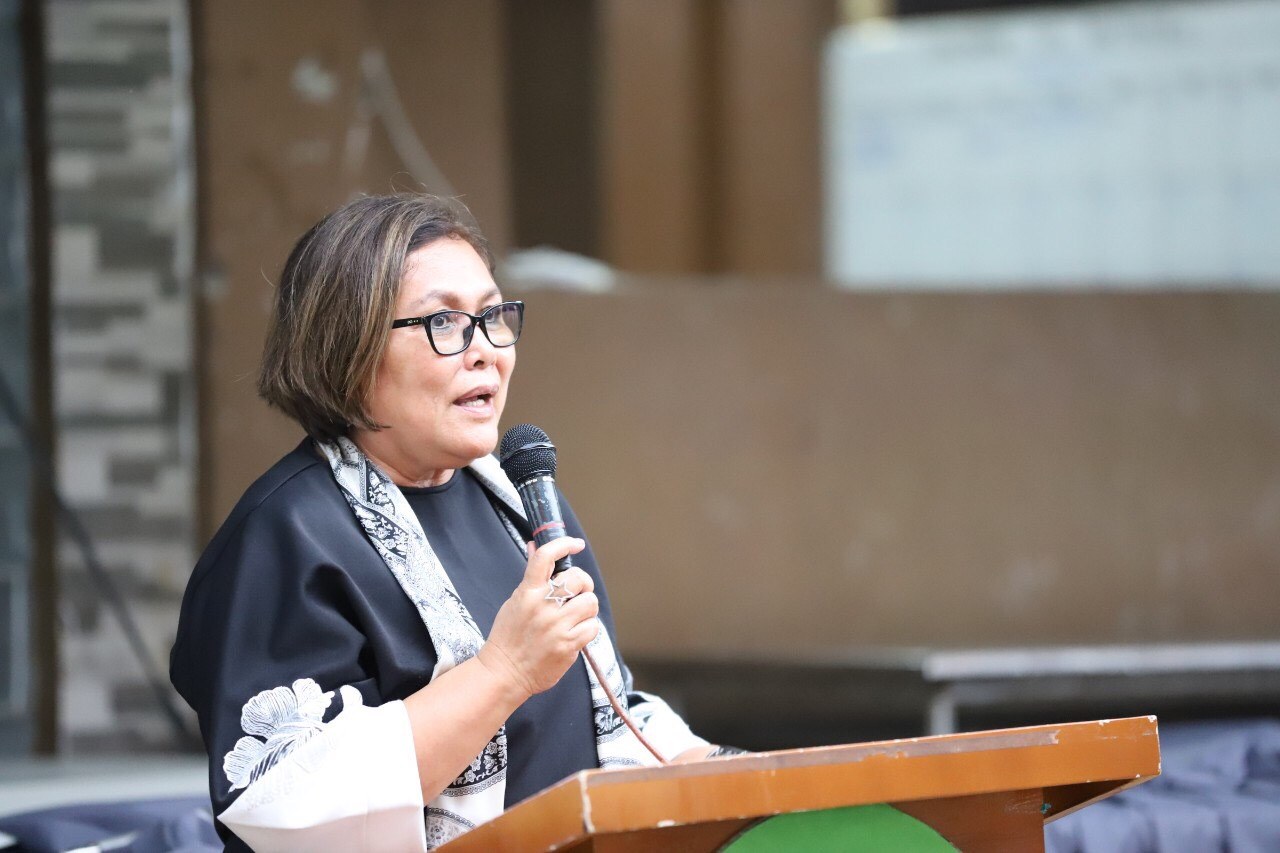 Mercado and OPAPP Assistant Secretary Ma. Cecilia Papa spoke with AFP officials and members of the Hijab Troopers to discuss ways on how to further enhance the training program for future members of the group.

Lt. Col. Andres Soriano, Battalion Commander of 12th Civil Military Operations in Marawi, said the training on CSPP will strengthen their competencies  and further deepen the importance and unique context of their work in Marawi.

“We urged the OPAPP to carry-out this kind of training to our members. We deem it very effective,” he said.

Twenty-eight-year-old Khuzaimah Maranda-Mangate, a volunteer on peacebuilding and electoral reforms here, said it is crucial for all government workers aiding the rehabilitation in Marawi to be culturally sensitive.

She said the military is very effective in conflict resolution among the tribes in Marawi.

“The military’s peacekeeping mandate helped a lot in resolving conflict in our community,” she said.

Abdul Gandamra, 54, an internally-displaced person, said the presence of government forces in Marawi is crucial in keeping the security in the city.

“The Martial Law helped a lot during the recent election. In fact, this is the time that no report of violence occurred in Marawi. If there was no military presence, the election would have encountered some violent incidents,” he said in the vernacular.

“Without the strict implementation of martial law, another wave of conflict, or rido in Marawi would have happened right after the siege.”

For his part, Presidential Peace Adviser Carlito Galvez Jr., emphasized that these efforts are part of building a culture of peace to fast track the social healing and reconciliation in Marawi.

“At the end of the day, our goal is to ensure that the Marawi siege will not happen again. To do that, we are exerting our collective efforts with the AFP, other government agencies and most importantly the people of Marawi, in rebuilding the social fabric of the Maranaw communities,” he said.

“Our rehabilitation efforts are ensuring that the CSPP approaches are in place. As early as 2018, we have started mainstreaming this through our local government partners. We are institutionalizing the CSPP as we integrate it in the Barangay Development Plans not only in Marawi but the entire province of Lanao del Sur,” he emphasized.

OPAPP is a member of the Task Force Bangon Marawi under the sub-cluster on Peace and Order. ###