ISABELA CITY, BASILAN (June 25, 2019) – The preparation for the implementation of the Normalization process under the Comprehensive Agreement on the Bangsamoro (CAB) is now moving at an accelerated pace and gaining momentum.

Spearheaded by the GPH Joint Normalization Committee and the Government of the Philippines Implementing Panel, the forum is the third in a series which aims to update participants on the Normalization Track’s various aspects, identify points of convergence, and recommend conflict-sensitive interventions to enhance the Normalization phase.

“They are very adherent to the various peace protocols,” he added. 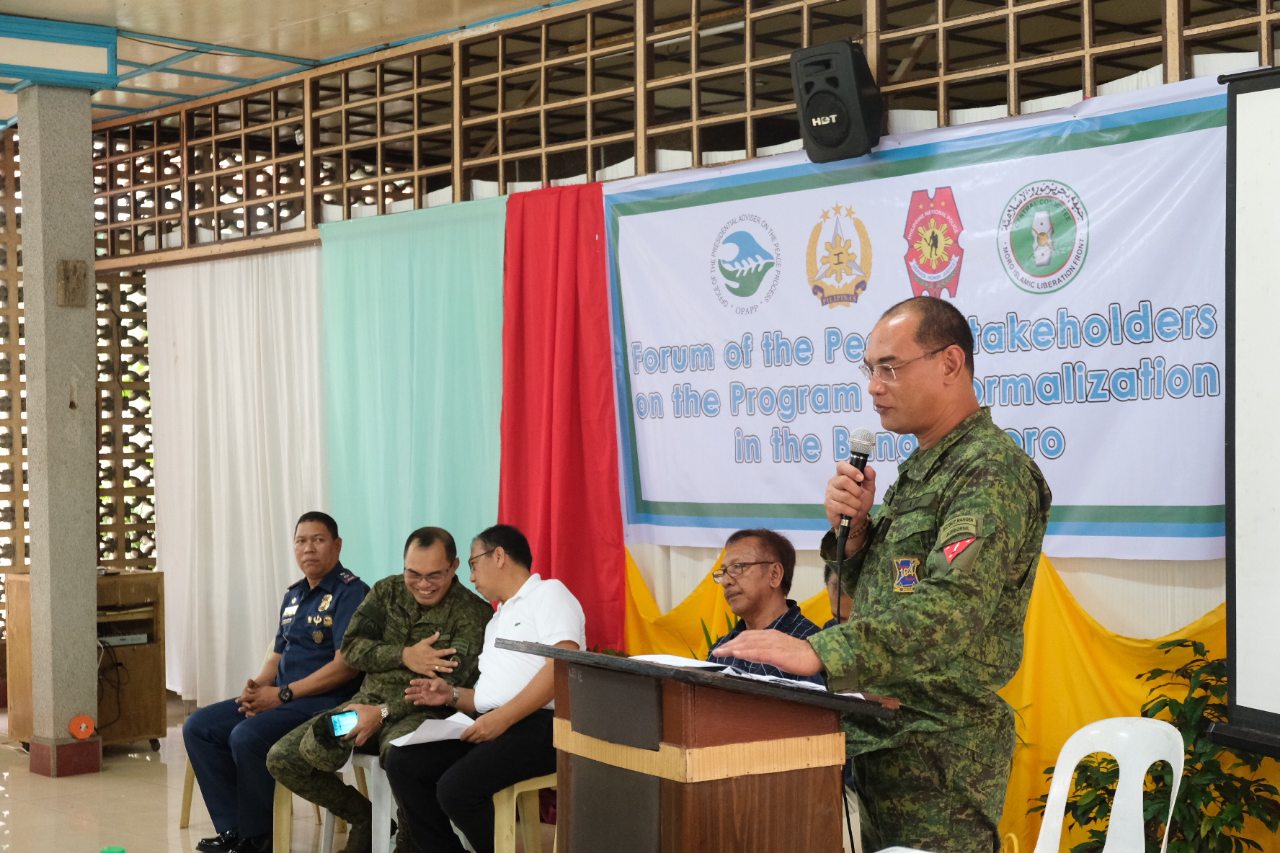 “What happened in Basilan is very encouraging. We should use [this in pursuing] our collective dream: peace and progress in Basilan,” Reyeg said.

“We have to sustain the strong engagement among stakeholders. We have gained each other’s trust,” Reyeg stressed.

For MGen. Andres Centino, AFP’s Deputy Chief of Staff Operations, said the transformation that people are witnessing in Basilan “is very encouraging.”

He underscored the importance of working together to move the peace process forward.

“The commitment of the AFP is to support and acknowledge the primacy of the peace process,” he said. “We aspire for peace that’s why we need to collectively work for it.”

For the MILF’s part, Malik Caril, Deputy Commander of the MILF-BIAF Western Mindanao Front, said they are now preparing their communities for the Normalization process.

“Because of the positive progress in the peace process, we are ready to undergo the decommissioning,” he said. 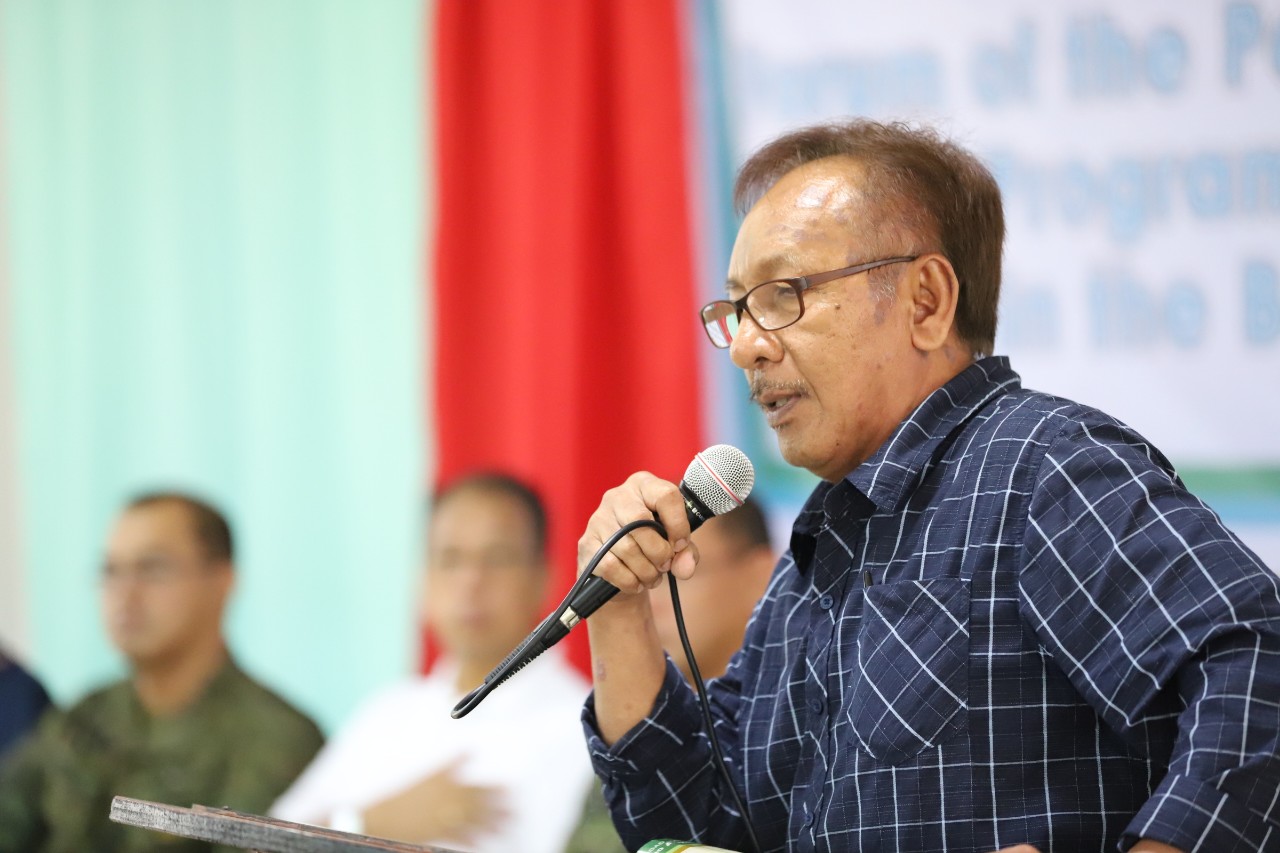 Police Lt Col. Argel Antcheta, the Deputy Provincial Director for Basilan’s PNP, said it is crucial for the parties to sustain the level of confidence.

“Rest assured that the PNP will support all the programs that will strengthen and fast-track the implementation of the Normalization process,” he said.

“The era of war has already ended. It is now the time for us to collectively work to sustain the peace in Mindanao,” Galvez said.

Galvez said normalization process bodes well with the directive of President Rodrigo Duterte to promote good governance in the country.

“The practice of good governance will lead to zero poverty,” he said.