PASIG CITY, 27 April 2019 – Transitional justice and reconciliation took center stage during a  meeting attended by Presidential Peace Adviser Carlito G. Galvez Jr., Swiss Ambassador to the Philippines Andrea Reichlin and Transitional Justice and Reconciliation Commission (TJRC) Chair Mo Bleeker as they talked about future initiatives that could be jointly implemented by their respective organizations to help heal the wounds caused by armed conflict and address historical injustices committed against the Bangsamoro people.

Focusing on the Comprehensive Agreement on the Bangsamoro (CAB) that includes a legislative track covering the passage of the Bangsamoro Organic Law (BOL), and a Normalization track that outlines socio-economic development programs, confidence-building measures and transitional justice and reconciliation (TJR) activities to be implemented in the region, the officials discussed various forms of assistance that could be extended to residents of the newly-created Bangsamoro Autonomous Region in Muslim Mindanao (BARMM).

Since the TJRC is “mandated to undertake a study and to make recommendations with a view to promote healing and reconciliation of the different communities that have been affected by the conflict”, Bleeker shared her organization’s recommendations as outlined in the TJRC report.

For his part, Galvez lauded the TJRC for its various activities in the region, especially in the  conduct of the listening process and the preparation of reports that will aid concerned parties in the implementation of the TJR process.

The peace adviser said he is hopeful the  transitional justice and reconciliation will be carried out not only in the Bangsamoro, but throughout the country as he also mentioned that “legitimate grievances and injustices cannot be addressed through the traditional penal system alone and we need to think beyond the parameters of our judicial systems and also include various groups, individuals and appropriate systems that could help address these concerns.”

It is in this context that he expressed his expectations from the TJRC, saying, “The work ahead of us is overwhelming so there is a need to craft a ‘roadmap’ to fully operationalize the TJRC’s set of recommendations”. 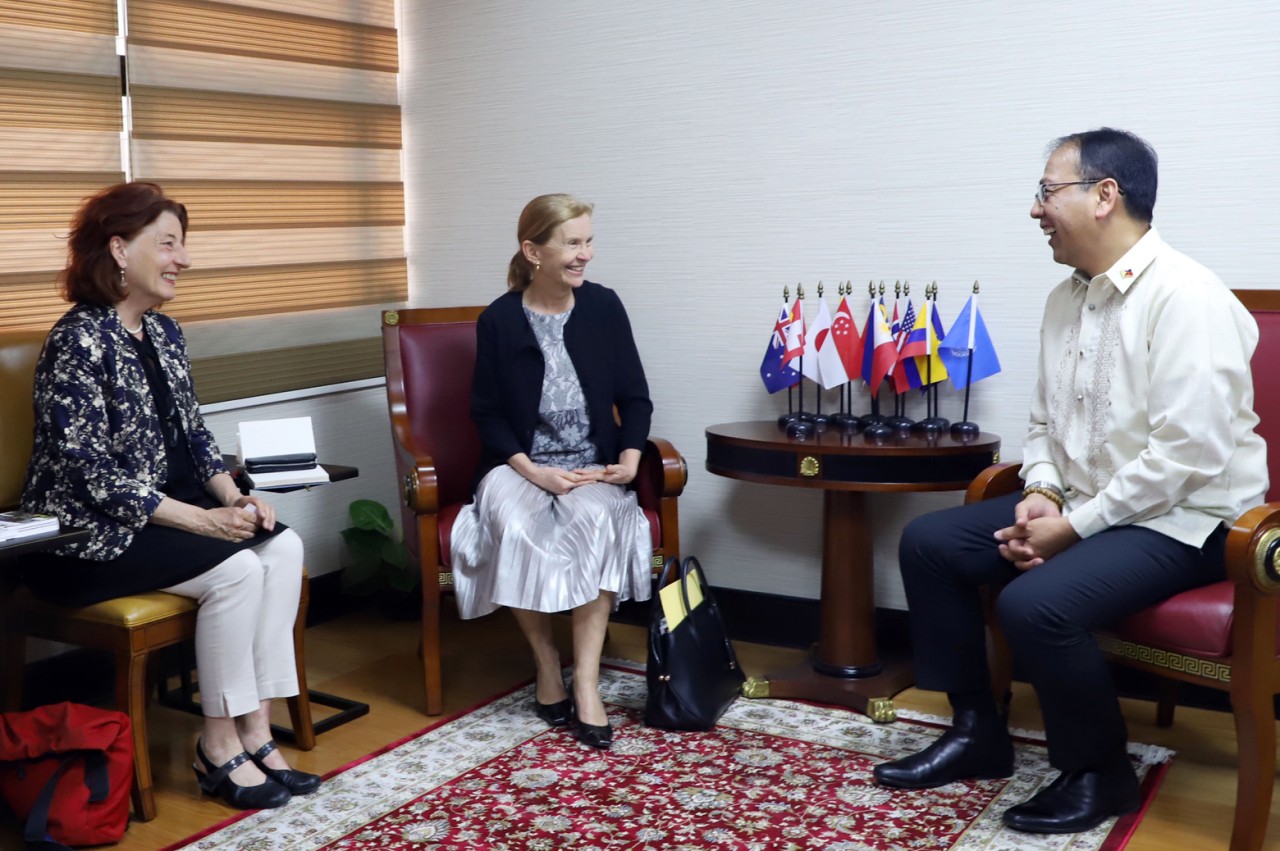 Galvez also discussed with Bleeker and Reichlin a proposal to conduct a workshop this May that will focus on TJR-related issues to ensure that its principles are fully integrated in all initiatives under the normalization track.

On the other hand, Ambassador Reichlin thanked the peace adviser for hosting the meeting while stating that this has been both very substantial on issues related to transitional justice and very convincing of the government’s commitment to follow through on the TJRC recommendations.

She also expressed admiration for Secretary Galvez’ personal commitment to the peace process and insistence on achieving concrete and tangible results in the field of normalization.

In 2014, the Government of Switzerland has played a crucial role in the Bangsamoro peace process after accepting the Philippine Government and MILF’s invitation to chair the TJRC. ###