“As the vanguard of peace in our country, I am asking your full support to move the peace process further as you continue to play your role in peacebuilding,” he told the members of the Association of General and Flag Officers (AGFO) during their First Quarter Fellowship Meeting this year.

Established in 1966, AGFO has over the years been providing the national government with expert opinion on national security-related issues. Their organization’s First Quarter Fellowship Meeting was themed, “Issues, Challenges, and Prospects of Government Peace Process Efforts.”

Galvez requested AGFO to form an advisory committee which can provide the Office of the Presidential Adviser on the Peace Process (OPAPP) with recommendations on how to move forward its various peace-building initiatives.

“We are asking our members in the AGFO to please help me in crafting possible prospects, or what we call our peace agenda for our nation,” he said.

In December 2018, President Rodrigo Duterte signed Executive Order No. 70 or also known as the “Whole-of-Nation Approach,” which paved the way for the conduct of the upcoming localized peace engagements with the Communist Party of the Philippines-NEw People’s Army-National Democratic Front.

These engagements will be led by national government agencies, local government units, and other members of the community who can help facilitate the discussions and provide recommendations on how to resolve the root causes of the decades-long communist insurgency.

“The Whole-of-Nation Approach is a holistic, multi-pronged strategy designed to address the decades-long insurgency problem in the country by involving everyone in the process,” Galvez said.

In his talk, Galvez emphasized the crucial role that MNLF Founding Chairman Nur Misuari has played in the realization of the Bangsamoro people’s dreams and aspirations.

“Both of us agreed that we will continue our peace dialogue because that is the only way forward for peace,” he added.

Government to tap retired security officers in the peace panel

According to the chief peace adviser, the government is considering the possibility of appointing retired military and police officers as members of the new reconstituted peace panels that will engage the communist insurgents and the group of Misuari.

“We are open to include retired military officers in the peace panels. These men spent the prime years of their lives in trying to provide solutions to the armed conflict throughout the country. They know the context and dynamics of the problem on the ground,” Galvez said.

He noted that security officers, who most often are at the forefront of armed conflict, are also among those who are actively involved in peace-building work.

In fact, he said, there have been a number of retired military and police officers who have been tapped to lead the peace negotiations with insurgent groups in the country.

Galvez, who assumed the post of the government’s 11th presidential peace adviser, is not the first retired general to lead OPAPP.

The first military man to assume the position was General Manuel Yan, who later on would become an ambassador.

It was under the leadership of Yan wherein the Final Peace Agreement between the government and MNLF was signed.

Other military men who served as peace advisers were Generals Eduardo Ermita and Hermogenes Esperon.

Other former top military men have also led the government peace panels during the crirical stages of the peace negotiations.

For his part, Ret. Lieutenant General Edilberto Adan, the former chairman of AGFO, said his group welcomes such initiatives being pushed by the Duterte administration.

“Many of our members are concerned and want to know the state of the peace processes in the country,” he said, adding they welcomed the suggestion of Sec. Galvez for them to be “active and serve as an advisory body working for peace.” 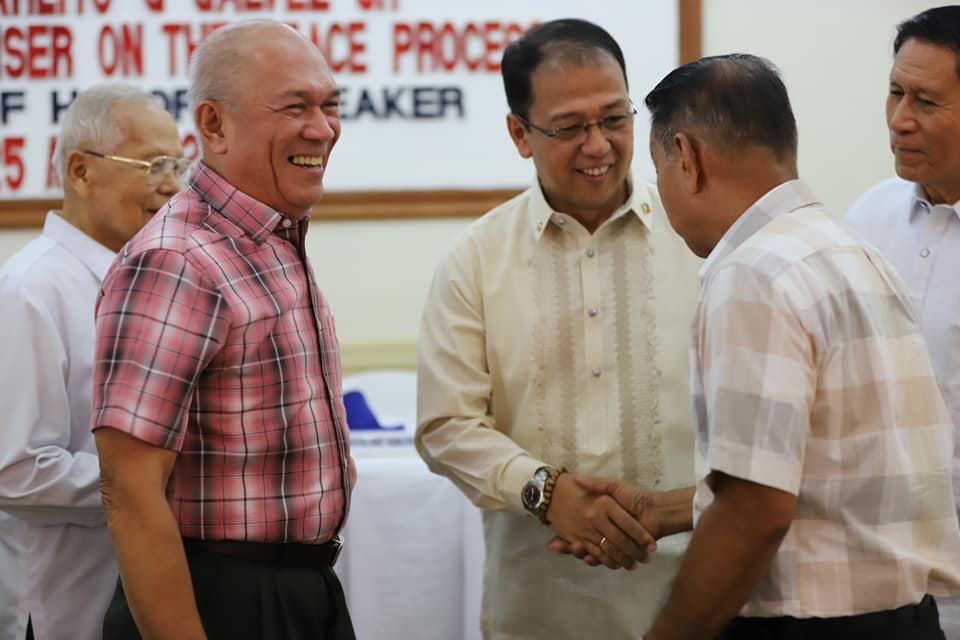 Last week, the IDB conducted a dry-run and simulation exercise on the processing of combatants.

“At the actual rate, IDB can complete the profiling of 250-300 combatants and processing of turned in firearms per day. With this, they (IDB) assured us that if they will start the verification, processing and validation in June, they can finish the decommissioning of the 12,000 combatants by October or November,” Galvez said.

Under the Normalization Track, he said, are inter-cabinet, socio-economic clusters that will oversee the “segmented protection, life support, capacity building and training, and socio-economic package for the decommissioned combatants and their families.”

“The government had allocated support services and funds for the rehabilitation and development of productive and conflict resilient Bangsamoro communities. This will include peace dividends for the MNLF and indigenous communities to make them inclusive and universal,” he added.

“Lahat makikinabang (everybody will benefit) and no one will be left behind as embodied in the Government Strategic Development Framework under the Duterte administration,” Galvez said.

Along with the security and socio-economic interventions under the Normalization Track, a transitional justice program for the resolution of generational issues and social and spiritual healing and harmonization will also be implemented during the transition period from 2019 to 2022. ###