Lorenzana said they came here to prevent speculation and “finger-pointing” on the bombing, which claimed two lives and injured scores of others.

“We are here to defuse the tensions and we don’t want to escalate the conflict,” Lorenzana said.

Lorenzana said a presentation made during the security briefing led by 6th Infantry Division commander Maj. General Cirilito Sobejana suggests the bombing had the signature of a local terror group.

“Until we get to the bottom of this, we consider this incident a terror attack,” he said, adding the initial investigation “points to Daulah Islamiyah terror group.”

The Defense Chief said their intention in coming here was to ensure the people “to have a free and peaceful elections and plebiscites.”

“Rest assured that your military and police are doing their best to ensure that you can vote freely according to your choice,” he said.

Lorenzana also called on the people to weigh the benefits of the BOL.

(We’ve been waiting for the BOL for a long time. There will be a lot of benefits. Let’s weigh it over so we can have peace.)

“We can’t win peace by force, but by persuasive diplomacy and understanding,” Galvez said.

Galvez said the local leaders and the security forces are committed to making sure the upcoming plebiscite and elections “will be peaceful and it will reflect the honest will of the people.” 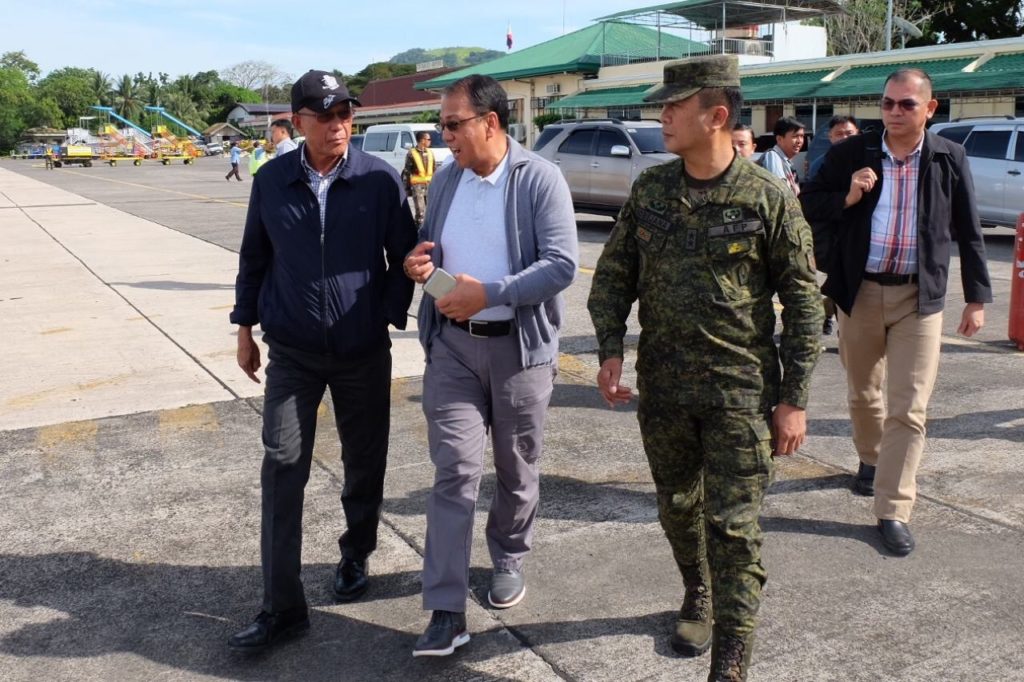 He noted that the presence of the Defense Chief here was critical since Lorenzana knows the political landscape and security situation of the area. Lorenzana is from the town of Parang in Maguindanao and studied at the Notre Dame University.

The plebiscite is scheduled on January 21, 2019 in the Autonomous Region in Muslim Mindanao (ARMM), Cotabato City, and Isabela City for the ratification of the BOL.

For Lanao del Norte, North Cotabato, including the barangays that filed their petitions to join the Bangsamoro Autonomous Region in Muslim Mindanao (BARMM) granted by the COMELEC, the plebiscite will be on February 6, 2019.