MANILA, December 21, 2018 —  The Office of the Presidential Adviser on the Peace Process (OPAPP) led by Secretary Carlito Galvez Jr. signed on Friday a memorandum of agreement (MOA) with Commission on Elections (COMELEC) and the Bangsamoro Transition Commission (BTC) for the conduct of an information, education, and communication campaign on the plebiscite for the Bangsamoro Organic Law (BOL) on January 21 and February 6, 2019.

The MOA, which was signed by Galvez, COMELEC Commissioner Al A. Parreño, and BTC Chairman Ghazali Jaafar, will identify the responsibilities of each party in the preparation and implementation of the voters awareness campaign in the plebiscite areas.

“With this new partnership in conducting IECs or voters education that we are about to formalize with the COMELEC, I’m very confident that we will be able to ensure that the public and the voters will have correct and timely information on the conduct of the plebiscite,” Galvez said.

He also said the partnership will ensure the smooth conduct of the plebiscite.

“We promise that this will be a fair and honest election. We will be giving all the Bangsamoro people their free will to choose where they want to belong.” he said.

The ratification of the Bangsamoro Organic Law, a legal document that honors all signed peace agreements with the Moro fronts, will be conducted through a plebiscite in the Autonomous Region in Muslim Mindanao (ARMM), Cotabato City, and Isabela City on January 21, 2019.

On the other hand, the plebiscite for Lanao del Norte, North Cotabato, and areas whose petition for inclusion will be granted by the COMELEC, is scheduled on February 6, 2019.

In a press conference, COMELEC spokesperson James Jimenez said there have been reports of disinformation being circulated in the plebiscite areas.

“The biggest disinformation we have is the news going around  that people should show an ID to vote.” he said.

Jimenez said the partnership will help combat the spread of wrong information.

“As we get closer to the plebiscite, we need to augment (the voter education and information) efforts. Nakikipagtulungan ang COMELEC sa OPAPP at BTC para mapaigting ang ating kampanya,” he said.

(The COMELEC will work with OPAPP and the BTC to enhance this campaign.)

Parreño, who is in charge of the Committee on the Bangsamoro plebiscite, said COMELEC is almost ready for the conduct of the plebiscite, with most of its obligations stated in the BOL already fulfilled.

In his message, COMELEC Chairman Sheriff M. Abbas guaranteed  a clean and honest conduct of the plebiscite.

“I will assure that the COMELEC will be fair in the upcoming plebiscite. I will see to it na hindi madadaya ang mga boto sa plebisito,” he said.

(I will see to it that there will be no cheating in the plebiscite.)

For his part, Jaafar said the partnership is “another milestone in guaranteeing credibility, orderliness and acceptability in the the plebiscite.”

He also called on OPAPP and the COMELEC to help prevent threats and intimidation that may happen during the exercise.

(We appeal to Secretary Galvez and COMELEC to prevent these incidents that happen  every there is an election in our areas.) 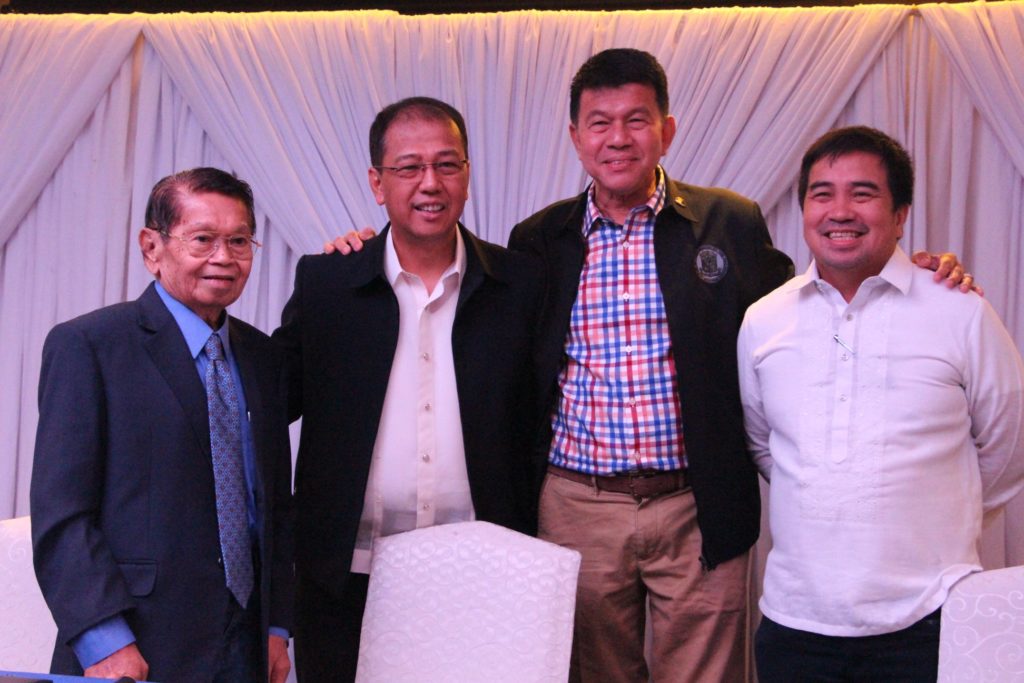 In the MOA, OPAPP will prepare and provide voter information, education, and communication (IEC) materials and assist the COMELEC and the BTC in the conduct of information dissemination activities for the BOL plebiscite.

COMELEC on the other hand will supervise the conduct of voter IEC on the plebiscite, including sectoral campaigns for indigenous communities, women, youth, religious, professionals, and public and private sector employees in every barangay, municipality, city and province where the plebiscite is to be conducted.

Aside from assisting OPAPP in the preparation of IEC materials, BTC will provide resource persons who will present a balanced picture of the ratification of the BOL during the conduct of voter IEC and  provide the COMELEC technical assistance in the conduct of the IEC.