KABUNTALAN, Maguindanao, December 30, 2018 — Top leaders of the Moro fronts who battled against the government at the height of the Moro revolution in 1970s to early 1980s have reunited in the historic village of Gambar on Sunday not to wage war but to call on its people to support the ratification of the Bangsamoro Organic Law (BOL).

“This place is very memorable to us,” Iqbal said.

“Many milestones of the Moro revolution were held in Gambar,” Almansor said.

For Muslimin Sema, former chairman of the Moro National Liberation Front and now chairman of National Bangsamoro Congress, Gambar is a “historical” place.

“This is where our revolutionary meetings were held,” he said.

Sema said it is positive to note that after the years of struggle, they are now once again in Gambar not to wage war but to push for the ratification of the BOL, which he said is the “fruit” of their struggle.

“It will be painful to some of us if our struggle will not bear fruit and we are thankful we have this final solution to the problem,” he said.

Describing the BOL as inclusive, Sema said all the signed peace agreements between the government and the Moro fronts “are inside the BOL.”

“We will make sure we will have a successful plebiscite on the Bangsamoro Organic Law,” he told tens of thousands residents here.

Galvez said the ratification of the BOL is part of the peace agenda of President Rodrigo Duterte.

“In three years’ time before the term of the President’s ends, we will make Mindanao peaceful,” he said.

Galvez said efforts are now underway to rehabilitate areas that were affected by armed conflict, particularly the Islamic City of Marawi. 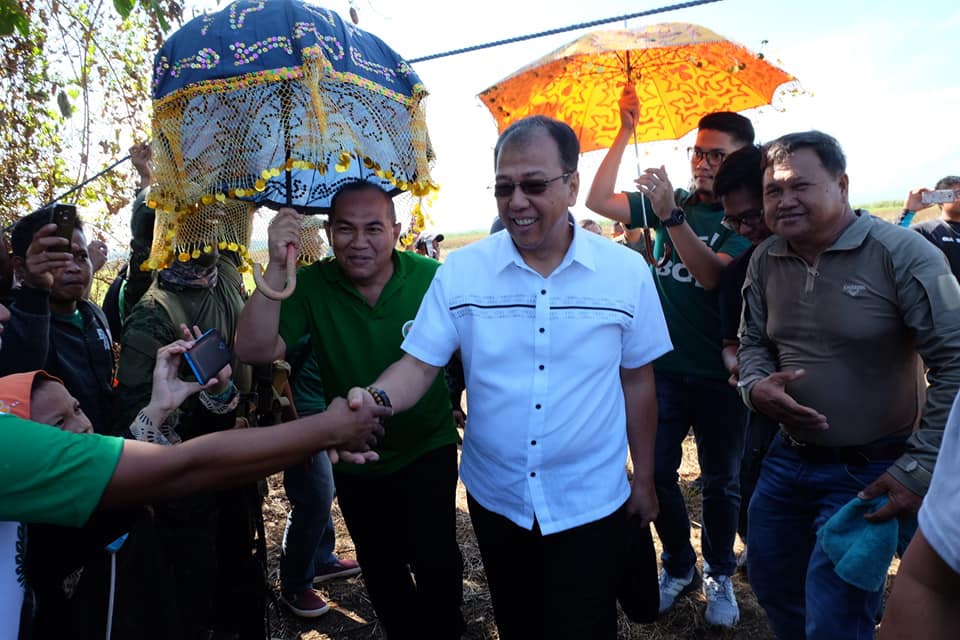 Murad, for his part, said President Duterte made the right choice when he appointed Galvez, who only recently retired as AFP Chief of Staff, to head the Office of Presidential Adviser on the Peace Process (OPAPP).

“Secretary Galvez’s heart is close to the Bangsamoro peace process. Galvez invested so much effort to promote the peace process,” Murad said.

Murad reminded the Bangsamoro people to “nourish” the peace struggle to bear the necessary fruit.

He said the challenge right now is to manage the future Bangsamoro Autonomous Region in Muslim Mindanao well.

The Bangsamoro people have been fighting for self rule in Mindanao as part of their clamor to regain political power over their ancestral lands.

The BOL aims to establish a more powerful political entity to address the historical injustices committed against the Bangsamoro people.

The assembly, which was attended by 10, 000 to 15, 000 people, was held several weeks before the plebiscite scheduled on January 21, 2019 in the Autonomous Region for Muslim Mindanao (ARMM), Cotabato City, and Isabela City for the ratification of the BOL.

For Lanao del Norte, North Cotabato, and the areas that filed their petitions to join the Bangsamoro Autonomous Region for Muslim Mindanao (BARMM) granted by the Comelec, the plebiscite will be on February 6, 2019. ###