BONGAO, TAWI-TAWI, December 13, 2018 – Close to a thousand Moro National Liberation Front (MNLF) leaders and their families, along with community women and youth leaders, gathered at the MSU Prep High Gymnasium for the MNLF assembly in December 11, 2018 organized by the MNLF Central Committee to increase public understanding of the provisions of the Bangsamoro Organic Law (BOL). 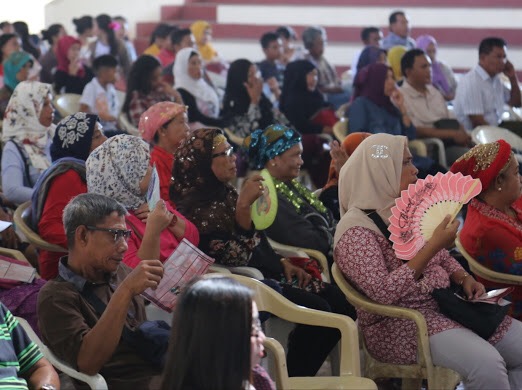 The local government unit of Bongao through the office of Municipal Mayor Jimuel Que has pledged its support for the ratification of the BOL and called on the constituents to ratify it in the upcoming plebiscite.

“The mayor supports and trusts this law. Let us do our duty and vote ‘yes’ to the BOL,” Secretary to the Mayor Kinlene Aming-Sabaani said.

Commissioner Jose Lorena of the Bangsamoro Transition Commission (BTC) also called on the people to ratify the BOL on January 21, 2019. ###