PASIG CITY, August 16, 2018 — The International Organization for Migration (IOM) lauded the leadership of President Rodrigo Duterte for the recent passage and signing of the Bangsamoro Organic Law (BOL).

In a letter read by IOM Philippines Chief of Mission Kristin Dadey during a meeting today with Presidential Peace Adviser Jesus G. Dureza, IOM Director General William Lacy Swing said the present administration “has delivered on its campaign promise to bring peace and security to Mindanao.” 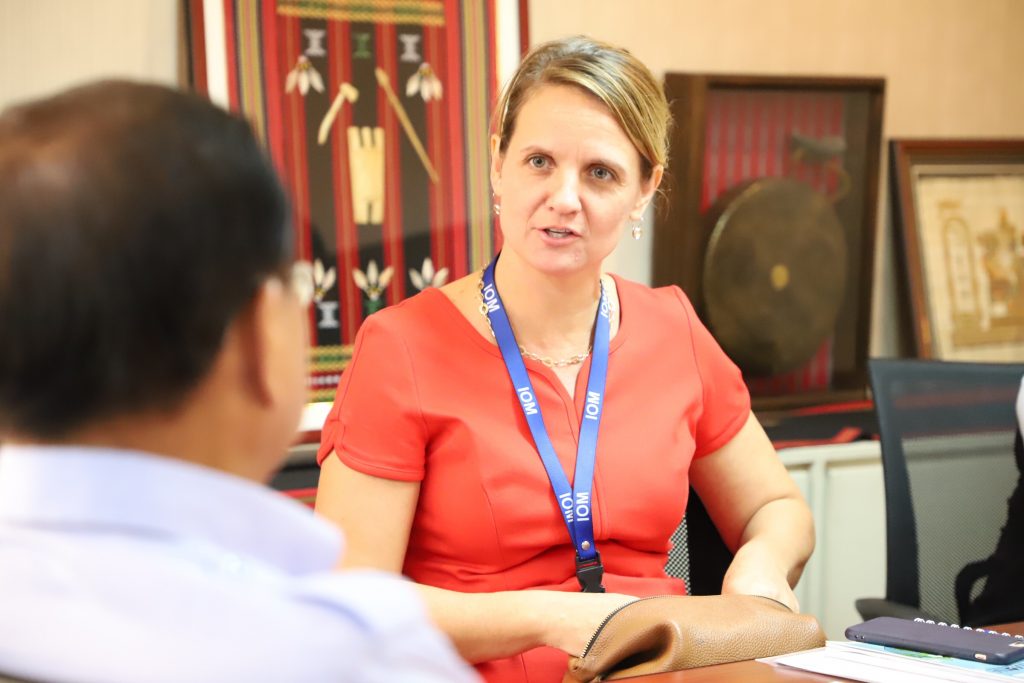 In April 2017, the Office of the Presidential Adviser on the Peace Process (OPAPP) tapped IOM to be one of its implementing partners for the 2017 PAyapa at MAsaganang PamayaNAn projects (PAMANA), particularly in the Autonomous Region in Muslim Mindanao (ARMM).

After hearing the letter, Secretary Dureza extended his gratitude to IOM for its commitment of support. 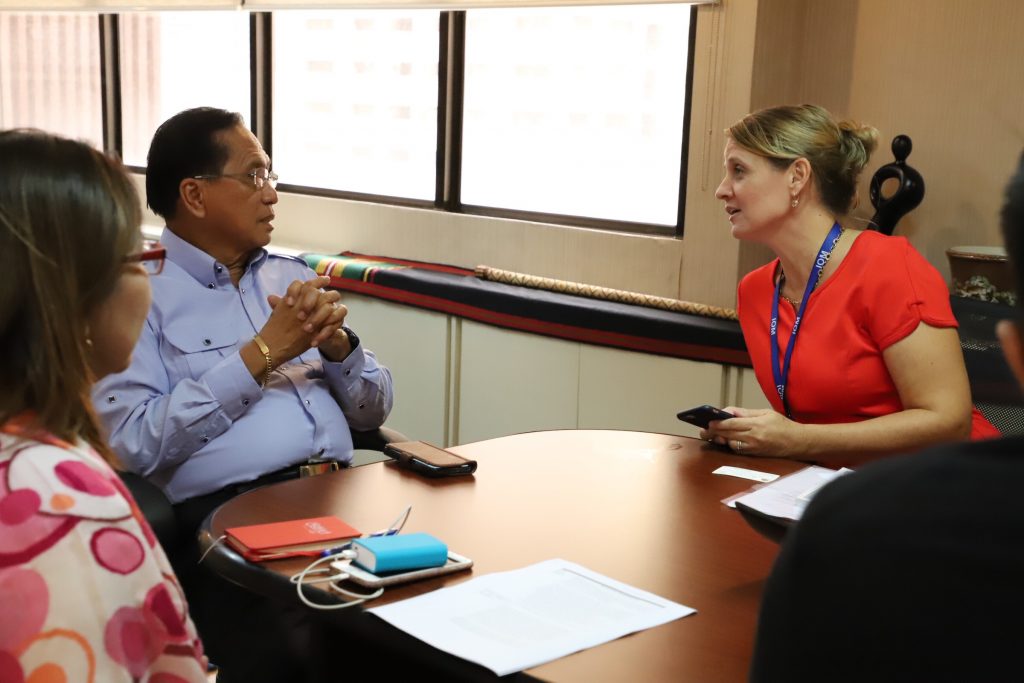 “Right now, all hands on deck, with our (GPH-MILF Implementing) panels leading on how to move forward with normalization. Any assistance that IOM could provide should be part of that whole effort,” Dureza said. ###