ZAMBOANGA CITY, August 18, 2018 – A top police official here attributed the reduction in the crime rate in the Zamboanga Peninsula to the success of the peace process in Mindanao.

Beltran said threats from Moro revolutionary groups have been drastically reduced because of the developments in the Bangsamoro peace process, particularly with the recent signing of the Bangsamoro Organic Law (BOL) by President Rodrigo Duterte.

He noted that since the peace process made substantial progress, the cities and provinces in the Zamboanga Peninsula have not recorded any incident of bombings and other serious terror attacks.

“There’s a downtrend crime rate in the region,” Beltran said.

“Mindanao has so much potential and promise, and this all depends on the success of the peace process,” Beltran said.

Sustaining the gains of peace is one of the primary reasons of the JNC’s visit in the Police Regional Headquarters here, said JNC co-chair Dickson Hermoso, Assistant Secretary for Peace and Security Affairs of the Office of the Presidential Adviser on the Peace Process (OPAPP) and member of the GPH-MILF Implementing Panel. 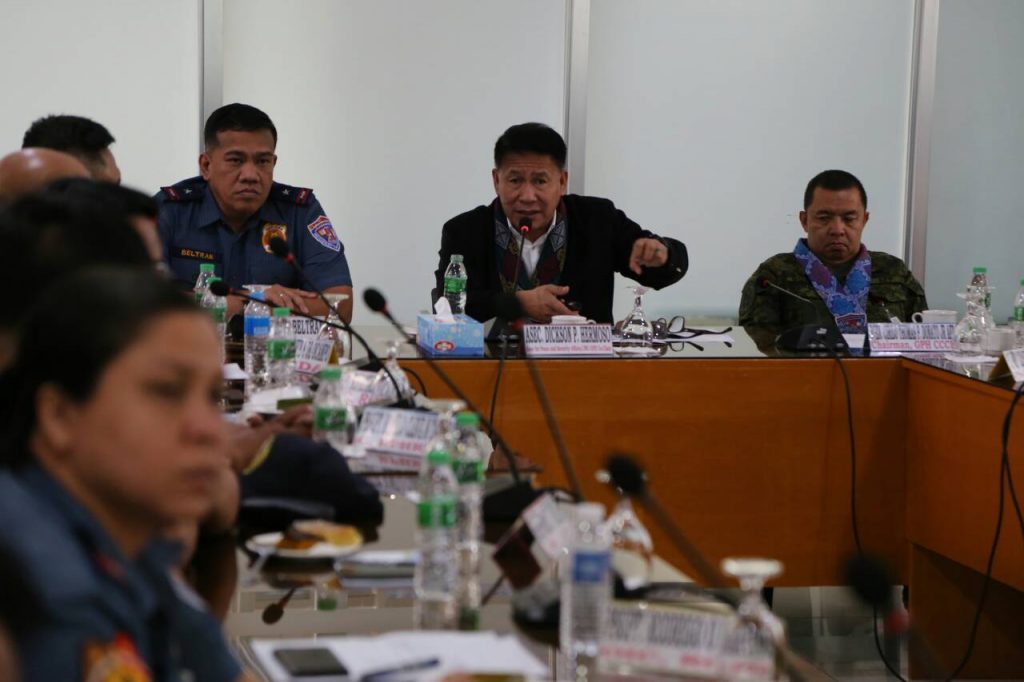 He said the visit is also part of the JNC’s mission to touch base and coordinate with key military and police headquarters in Mindanao as a move to prepare the parties to embark on the Normalization Track of the Comprehensive Agreement of the Bangsamoro (CAB).

All this is to support peace and security work during the transition period before the formal establishment of the government of the Bangsamoro Autonomous Region in Muslim Mindanao in 2022 following the recent enactment of the BOL.

“There is a need to closely coordinate with the Armed Forces of the Philippines and Philippine National Police units on the ground to effectively implement and carry out the phases and activities under the Normalization program,” Hermoso said.

The Normalization Track will be done in four phases involving four aspects covering eight dimensions, which include the disbandment of private armed groups, provision of socio-economic programs for the combatants and their communities, and transitional justice and reconciliation.

AFP Peace and Development Office chief Colonel Cesar de Mesa reiterated the need for the government security forces, MILF-BIAF, communities, and other peace partners to work hand-in-hand to ensure the success of the peace process.

“We have to support it and give it a chance. We worked and fought hard for it for decades, and now we have succeeded,” he said.

The team also visited the Western Mindanao Command and has made the rounds in other military and PNP camps in the Autonomous Region in Muslim Mindanao and Central Mindanao. ###