“Magbalik na kayo nang bukal sa inyong puso. Malaki ang suporta sa inyo ng Presidente (Come back to the folds of the law wholeheartedly. The President is giving you a lot of support),” he added. 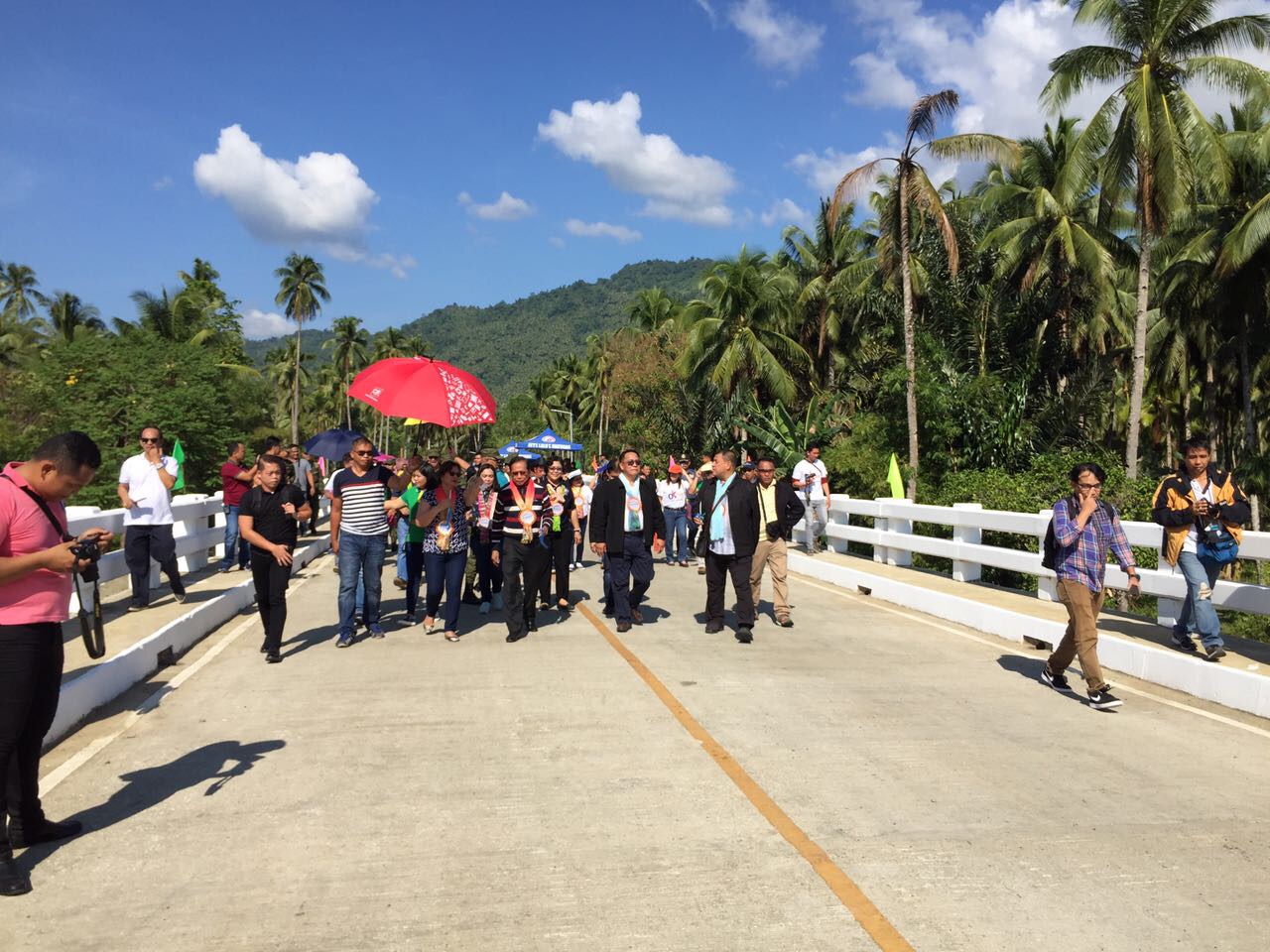 The bridge passes through the three barangays of Lahi, Sico-Sico, and Camam-onan in the Municipality of Gigaquit — known stronghold corridors of local insurgents in Surigao del Norte for decades.

The project will benefit more than 3,000 residents by giving them access to socio-economic services carried out by the national and local government. The bridge will also give local farmers and residents better access to market sites.

Dureza said the bridge is part of government’s emphasis on working on peace and development simultaneously.

“You cannot sustain peace if you do not improve the lives of people. Conversely, you cannot also sustain development without peace. Dapat iyan, hand-in-hand,” he said.

For her part, Surigao del Norte Governor Sol Matugas extended her gratitude to the Office of the Presidential Adviser on the Peace Process (OPAPP) for funding the project through the 2015 PAyapa at MAsaganang  PamayaNAn (PAMANA) Program – calling the completed project “Bridge of Hope” (Tulay nan Paglaum).

Speaking on behalf of the Mamanwa Tribe within the community, Datu Emilliano Jede recalled how their people endured walking for one whole day just to reach the town proper.

All in all, a total of P210 million was allocated for the implementation of the project. OPAPP tapped the Department of Interior and Local Government (DILG) as implementing partner.

The inauguration, which coincided with the launch of Caraga Peace and Development Zones that includes Surigao del Norte and Surigao del Sur, attracted nearly 300 attendees, including locals from Barangay Sico-sico and representatives from OPAPP, DILG, National Economic and Development Authority (NEDA), and the local government units. ###