PASAY CITY, August 27, 2018 – Presidential Adviser on the Peace Process Jesus Dureza on Sunday emphasized the importance of getting the support of the people in establishing the new Bangsamoro region in Mindanao.

(If the people do not support the BOL, our efforts would have been for nothing.)

(The barangay is the basic and lowest government unit where the people’s support really comes from. We would like to thank you because through your organization, we are doing what we can to push for the Bangsamoro dream.) 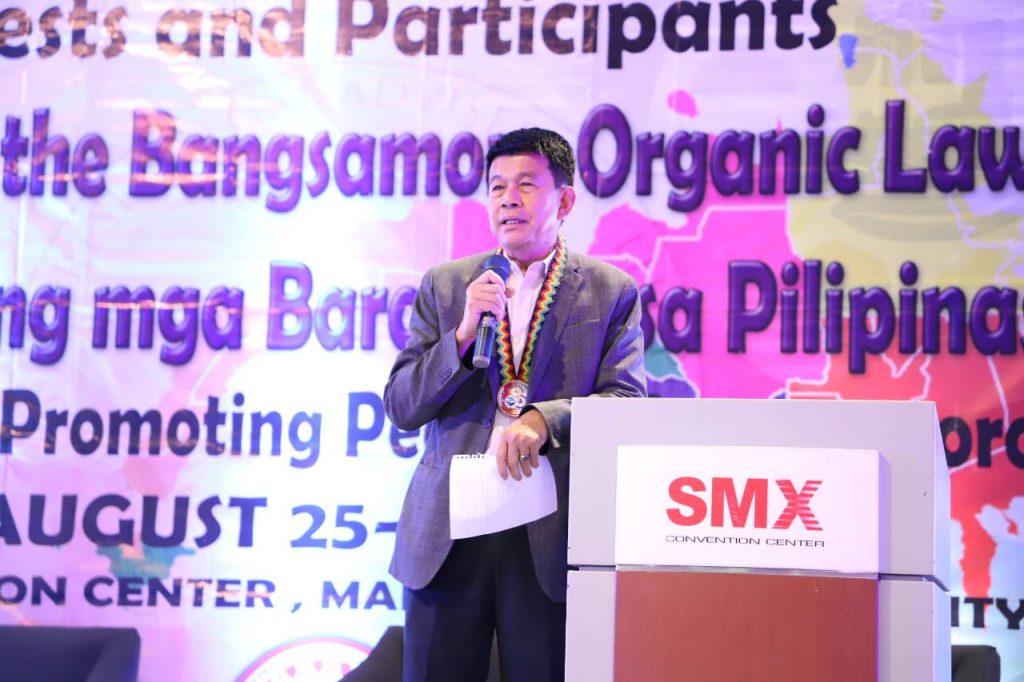 In his message, Tan appealed to the Mindanao village leaders to help build strong support from the ground in ratifying the BOL.

“We want you to partner with us in founding an informed constituency that has a balanced information and understanding on what this law is all about,” he said. 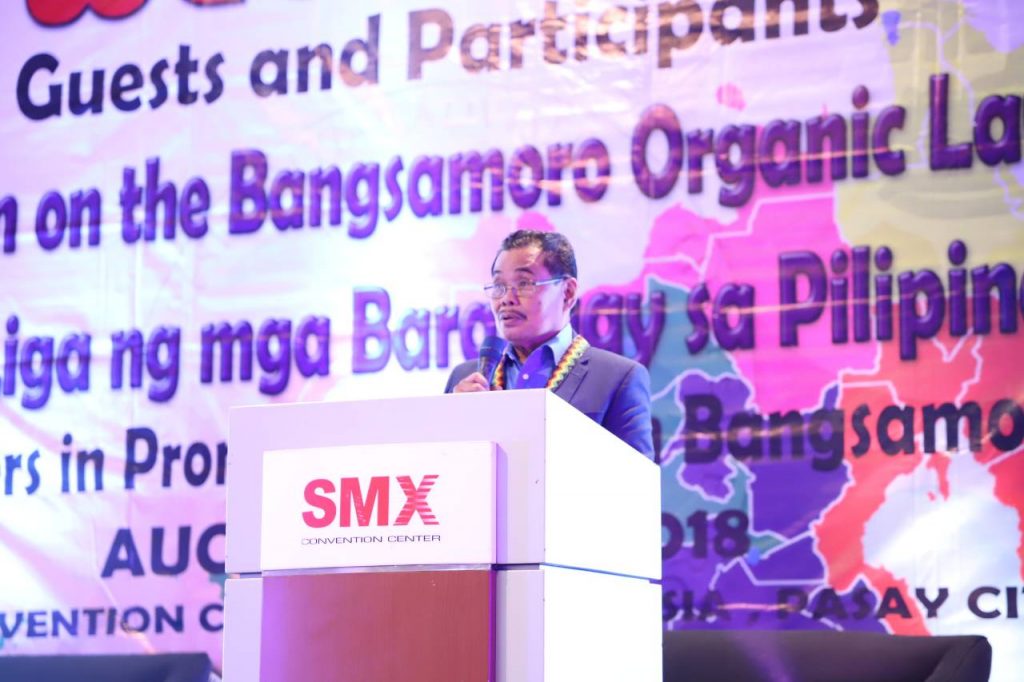 Iqbal said the MILF’s vision was a BOL that would lay the foundation for political, economic, and social institutions that will facilitate the reforms needed in the region.

“Without community and collective support, we cannot reach our final aspiration on charting our political future, economic, cultural, and social development. Regardless of one’s tribe, religion, and political affiliations, all inhabitants of the Bangsamoro shall be united in this law,” he said.

Rallying behind Tan and Iqbal were champions from Congress who voted in support of the law.

Senator Aquilino Pimentel III sent a message to the gathering urging “all Mindanaoans to support BOL.”

“This is our answer to what I would like to call the Mindanao situation where our Muslim brothers and sisters have been asking for their right to govern themselves,” he said.

Senator Risa Hontiveros said the BOL is an expression of the government’s commitment to the peace process.

“The BOL can mean many things to different people, but to me, it simply means giving peace a chance,” she said in a message read for her by a member of her executive staff.

In a message also read by her executive staff, Anak Mindanao Party List Representative Amihilda Sangcopan said she was reminded of the marathon deliberations during the BOL’s approval in the Bicameral Conference Committee meetings.

“It was a tediously productive, morning to after midnight, six-day BiCam conference. Salute to all members, secretariat of the legislature, other government agencies, NGOs, CSOs, POs, and the stakeholders for their untiring support and constant hope for peace in the homeland,” she said.

(It feels great to live in a village that is according to your ways of life. This is what the BOL is aiming for. As leaders among your respective villages, we must support BOL – a democratic way of quenching violence committed to our land.)

They explained what fiscal autonomy can do to the Bangsamoro region and answered questions posed by the local chiefs during the open forum. 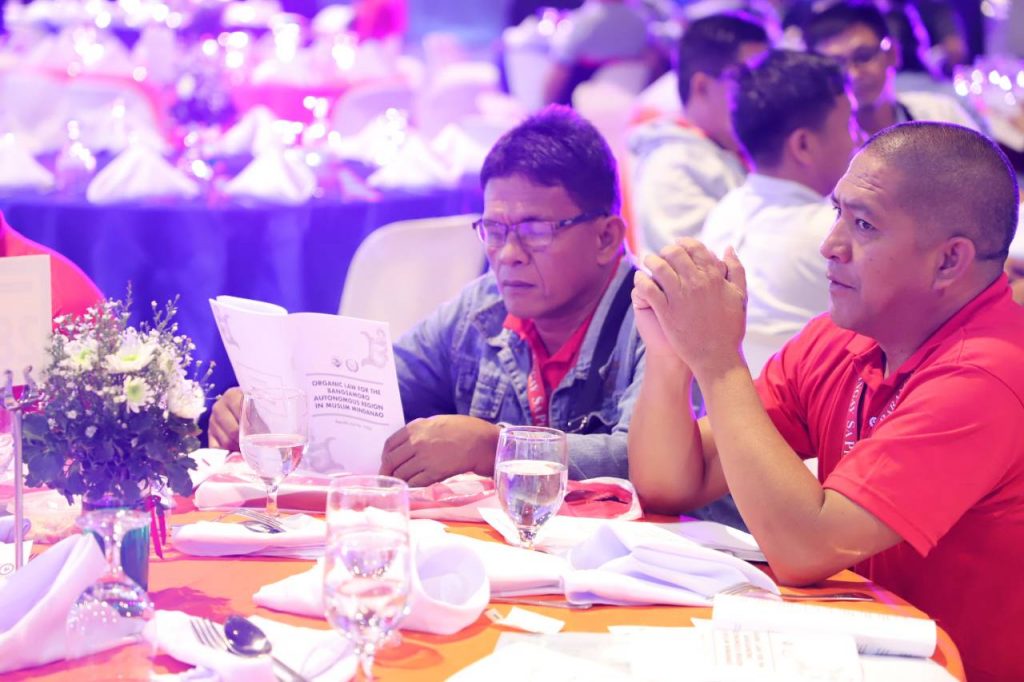 The participants ended the session with the signing of a manifesto supporting the Bangsamoro Autonomous Region in Muslim Mindanao. ###