ILIGAN CITY –The sea of people fleeing astounded Norman Musa, 24, when he and his family left Marawi for Iligan as terrorists invaded the Islamic City.

“You can see the fear on their faces. I personally saw dead bodies. I thought, ‘This is it. The war of religion will begin,” Musa narrated.

In the course of conflict, children from the evacuation centers were discouraged from going to schools. Likewise, people had started acquiring health problems, families sought for livelihood resources and children experienced trauma.

These, together with the delayed liberation of Marawi, has drawn the ire of the displaced persons.

“The anger and pain are clearly evident for the evacuees,” Musa expressed in woe.

Despite the challenges, he clings to the hope that Marawi will rise. And he wants to take part of it. “I want to teach my fellow youth that hope is still there for peace to be achieved in our city.”

In partnership with the Teach Peace Build Peace Movement (TPBPM), the Office of the Presidential Adviser on the Peace Process (OPAPP) provided a foothold on youth empowerment as it continues its early recovery program through a three-day Inter-Camp Peace and Leadership Training held in Linamon near Iligan City last October 4 to 6.

Twenty-six identified youth peace educators, including Norman, from six evacuation centers in Iligan City were nominated as representatives from the Culture of Peace orientation earlier held in July to strengthen their leadership and participation by means of equipping them with peacebuilding knowledge and skills. 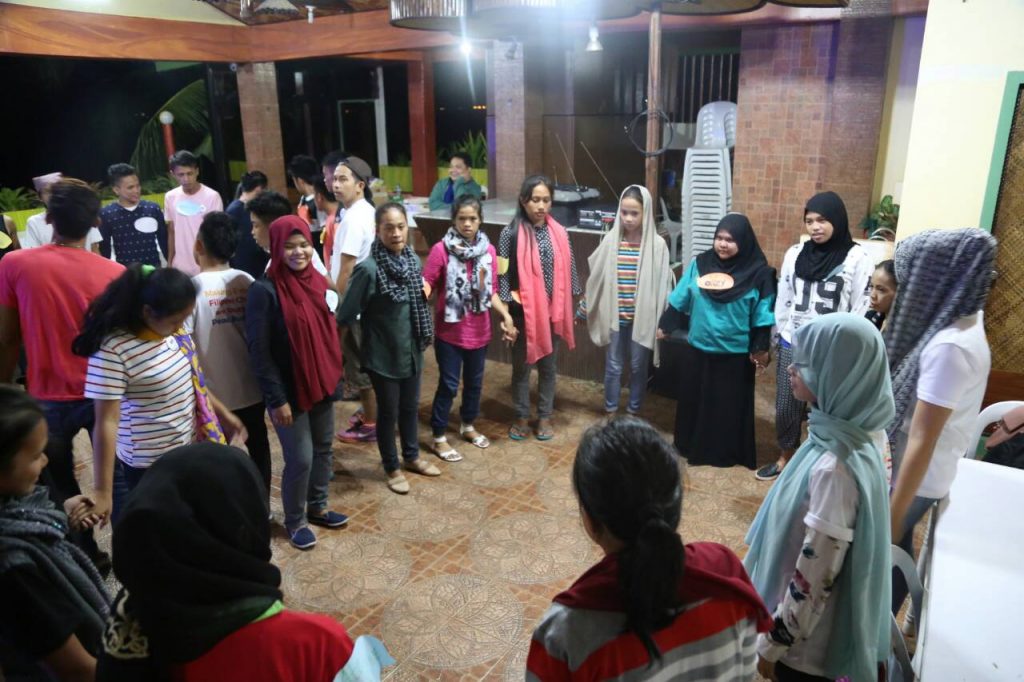 Peace games, music and poetry sessions, reenactments, visual presentations and action planning were amongst the activities used to explore the leadership skills of the young peacebuilders.

According to Bai Rohaniza Sumnad-Usman, founder of TPBPM, the youth will play a pivotal role in the rise of Marawi City.

“The youth has energy, passion, and creativity that can be channeled into great things to the benefit of their communities. It is strategic that we capacitate them on conflict prevention, resolution, and transformation, and proactive peacebuilding,” she said.

Pairosah Faisal, 18, is optimistic that the youth will be instrumental in preventing future conflicts.

“It’s important for the youth to know the real essence of peace. We are the hope of this nation. Conflicts should stop in our generation,” Faisal noted.

In his message during his visit to the seminar, Joint Task Force Marawi Spokesperson Lt. Col. Jo-Ar Herrera rallied the youth to work towards creating and maintaining an environment for peace to thrive in the communities.

“Now is the time to be part of the change. Make a difference on your communities,” Col. Herrera urged. “Be united and be brave…We are not created with hate; we are created with love. Let’s spread love to the world.” ###