“President Rodrigo Roa Duterte has just released the appointment papers of the 21-member Bangsamoro Transition Commission. This will signal the start of the work to come up with an inclusive Bangsamoro law that will truly reflect and address the clamor for a genuine political autonomy for the Bangsamoro people in Mindanao,” Secretary Jesus Dureza, the presidential adviser on the peace process, said. 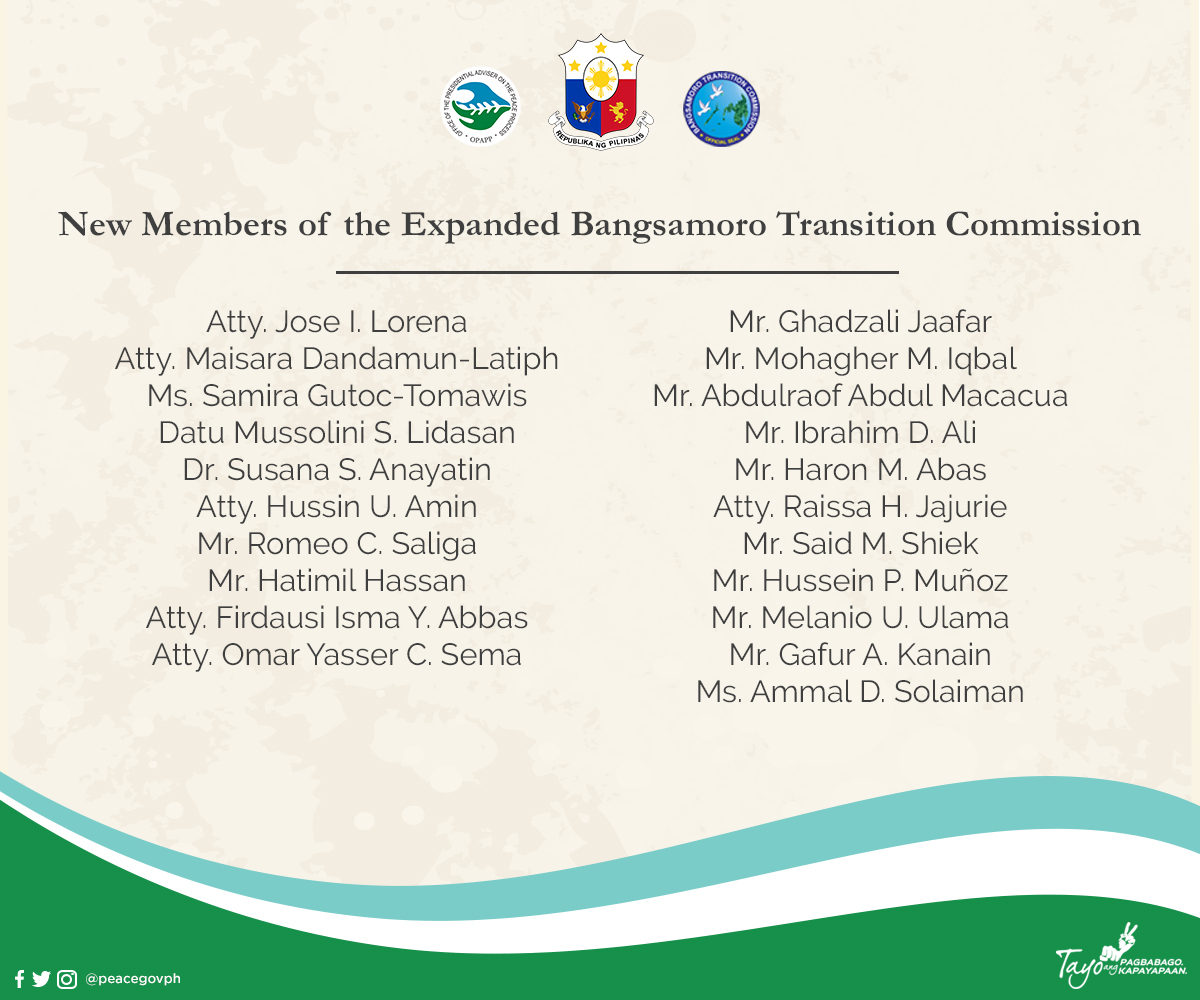 Irene “Inday” M. Santiago, the chair of the Government Panel Implementing the Bangsamoro Accords, said the members were chosen because of their capacity to listen and their extensive knowledge in Mindanao.

“It is expected that the new members of the BTC will hit the ground running. Their role is vital for us to reach a CAB-compliant enabling law,” she said.

The government has set a deadline for the BTC to submit the draft to Congress by July for deliberations and ratification.

Earlier, Secretary Dureza said the old Bangsamoro Basic Law, which failed to be enacted as a law last Congress, will probably be the basic document, among other pertinent legislations, of the new enabling law. ###