TABUK, Kalinga, February 13, 2017 – “We should listen to everyone”, this was the message of autonomy champion and Peace Adviser Sec. Jesus Dureza before the Cordillera Regional Development Council in Tabuk, Kalinga during its meeting on February 13, 2017. Said meeting was hosted by the province which coincided with its 22nd Foundation Day and 1st Bodong Festival.

He said that while there are oppositions, the voice of the majority is important in the process. It must be inclusive in order to get a common aspiration to push autonomy forward, he added. 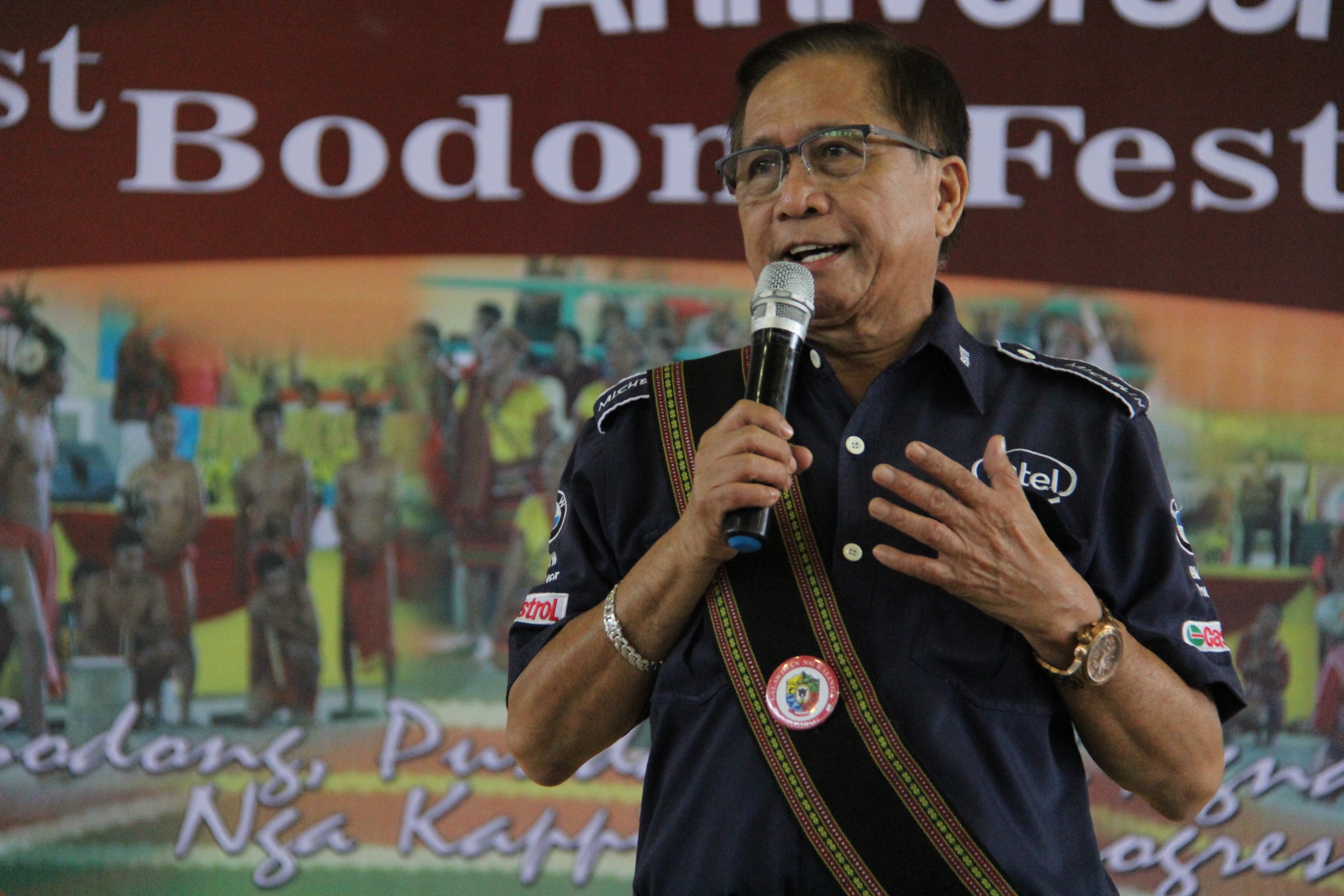 Secretary Dureza advised the RDC to ensure that the Cordillera Autonomy bill should be passed by Congress soonest because it is the best tactical move to undertake at present. The review on the constitutionality of the bill could be undertaken later.

Again, he espoused his support by saying that he will equally push for Cordillera autonomy when he talks to the President to certify the Bangsamoro Law. Autonomy is a constitutional mandate that needs to be realized, he said.

He shared that President Duterte is supportive to the downloading of more autonomy to the local government units as manifested by his administration’s advocacy on federalism. Sec. Dureza encouraged the RDC to go with the President’s roadmap on federalism but not to wait for federalism to be realized.

The push for both the Bangsamoro and Cordillera autonomy should continue because it will become the pilot or the test case for moving towards a federal state, he added. The show of unity of the Cordillera leaders in pushing for autonomy and the presence of the factions of the Cordillera People’s Liberation Army (CPLA) was observed by the Secretary. He said that such unity is needed.

In the same meeting, the third draft of the Cordillera Autonomy bill was presented by the Technical Working Group through Atty. Amador Batay-an. The Council approved the filing of the bill with conditions to enhance the provisions on the devolved powers to the regional government, and the period for the conduct of information campaign prior to plebiscite, which were appealed by Baguio City Mayor Domogan.

In response, Kalinga Cong. Jesse Mangaong and Ifugao Cong. Teddy Baguilat consistently reiterated their strong commitment to file the bill once the RDC endorses the same. Congressman Baguilat disclosed that there are reservations among them Cordillera leaders but then again, they agreed that they will file the bill and that issues shall be refined during committee deliberations.

Hearing this, Secretary Dureza lauded the leaders for their support. He asked them to market the bill in Congress to invite co-authors and generate national support. He also stressed the importance of a Communications Plan to guide the RDC on the strategies to be undertaken in marketing and advocating Cordillera autonomy. #