ROME, Italy – The Government of the Philippines and the National Democratic Front of the Philippines (NDFP) signed on Saturday, January 21, the supplemental guidelines for the full operation of the Joint Monitoring Committee (JMC) under the Comprehensive Agreement on Respect for Human Rights and International Humanitarian Law (CARHRIHL), moving the peace negotiations another step towards final peace settlement. 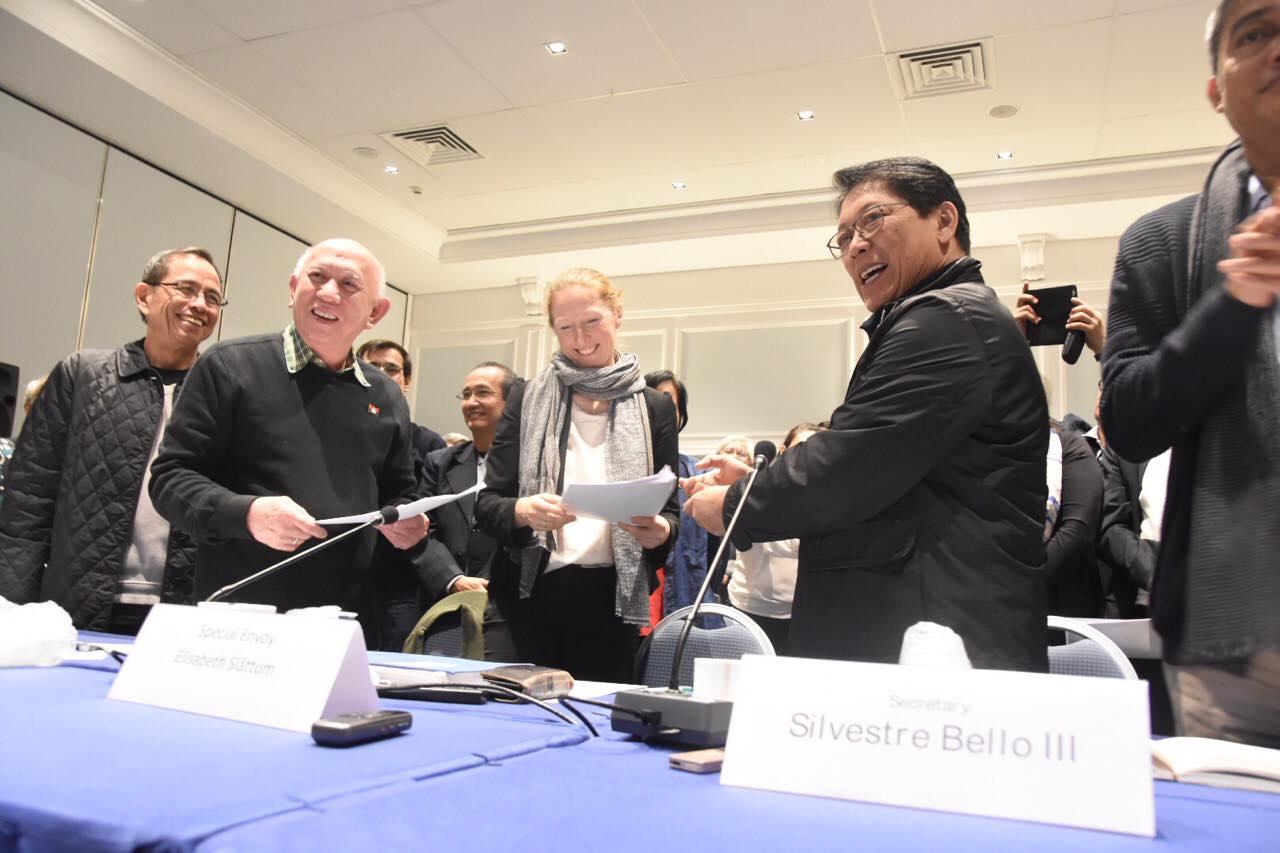 INITIAL PEACE DIVIDEND of the 3rd round of GRP-NDF peacetalks in Rome: signed guidelines to monitor violations of the Comprehensive Agreement on Respect for Human Rights and International Humanitarian Law.

He added that the signing is a victory for the people and the Duterte government and a major dividend in the peace process.

“I view the signing today of the supplemental guidelines, therefore, not only as affirmation of the Duterte administration’s commitment to human rights protection and to IHL adherence, but likewise a concrete dividend of this round of talks,” he explained.

The guidelines were crafted in 2004 but the draft of its supplement was not signed after the peace negotiations bogged down in 2011.

“The full operation of the Joint Monitoring Committee, with its supplemental guidelines in place, should not be difficult under our legal regime that includes new and bold laws and statutes upholding human rights and international humanitarian laws such as the law against enforced disappearance, Anti-Torture Act, IHL Act, Human Security Act, Writ of Amparo and the Writ of Kalikasan, among others,” Bello said.

The supplemental guidelines, signed by GRP panel Chair Silvestre Bello III and NDF panel chair Fidel Agcaoili at Holiday Inn in Rome, Italy in the presence of Royal Norwegian Government Special Envoy Elisabeth Slattum, is a set of mechanisms on how to address complaints of violations of human rights and international humanitarian law by government forces and the armed wing of the NDF – the New People’s Army (NPA).

Slattum immediately praised both parties for quickly coming into an agreement to activate the JMC. 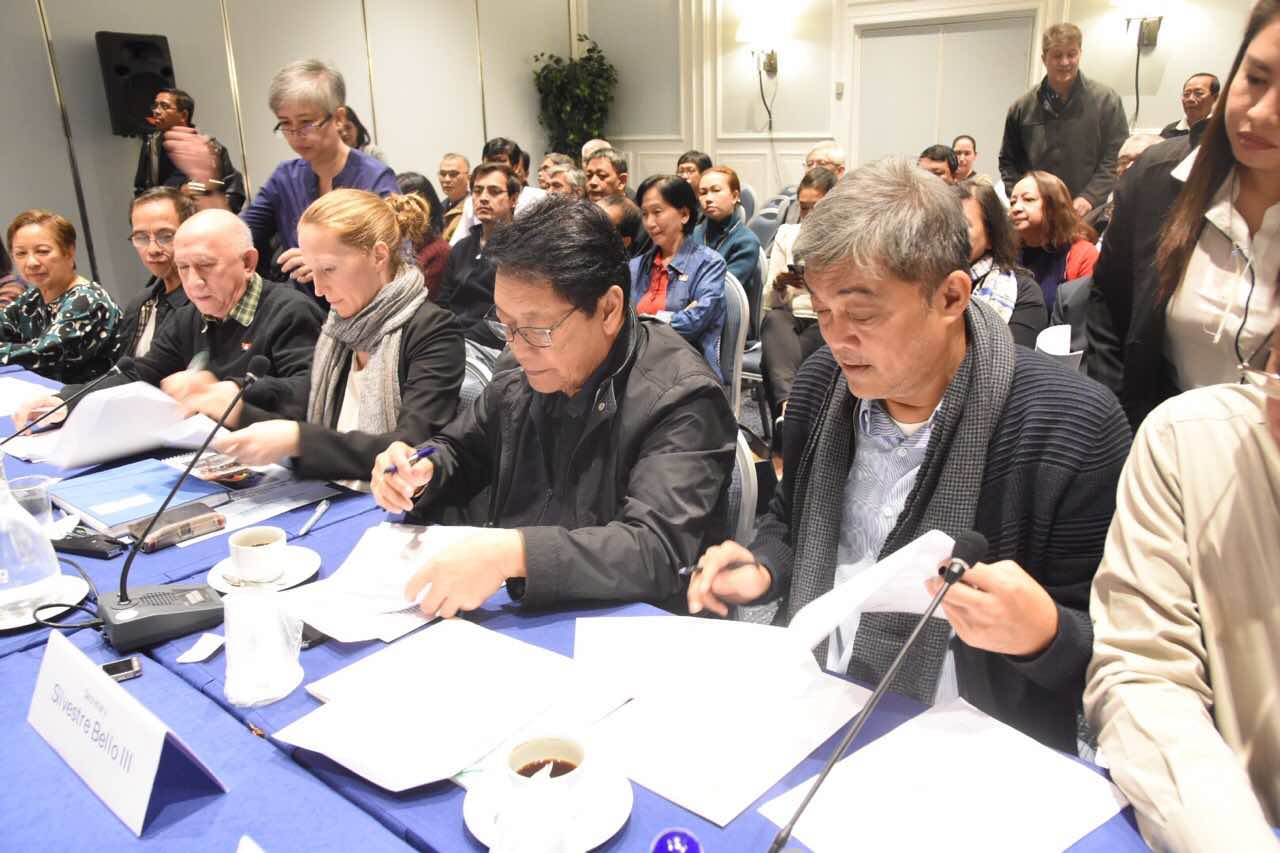 Negotiating panels from the GRP and NDFP sign the supplemental agreement on Joint Monitoring Committee on the Comprehensive Agreement on Respect of Human Rights and International Humanitarian Law as negotiations move towards other substantive agenda.

The guidelines are pursuant to the Operational Guidelines for the JMC issued on 14 February 2004, in Oslo, Norway by the GRP and NDF peace negotiators.

This initial victory, Bello said, also bodes well for the possible signing of the bilateral ceasefire, a most-awaited agreement to benefit the Filipino people, especially those living in conflict-affected areas.

“This should be taken as an incentive for us to work harder in the remaining days of this round of talks, especially on our efforts to put in place a joint ceasefire agreement – a peace dividend that our people have been waiting for,” he said.

It likewise provides venue for victims of violations and abuses of human rights or their surviving families due to armed conflict to file their complaints and evidence.

Bello said the adoption of the guidelines is a realization of CARHRIHL, which is one of the four substantive agenda of the negotiations that will comprise the final peace agreement. The other three remaining substantive agenda are socio-economic reforms, political and constitutional reforms, and end of hostilities and disposition of forces.