Filipinos in Rome throw support to the GRP-NDF peace process

ROME, Italy—The Filipino community in Rome, Italy vowed to give their all-out support to the ongoing peace negotiations between the Government of the Philippines (GRP) and the National Democratic Front (NDF) because it is also their dream to see a peaceful and progressive country.

In an interview on Sunday, January 22, on the sidelines of the peace forum with GRP Panel Chair Silvestre Bello III, Dalisay Solomon of the Hugpong Pederal Movement said this is now the chance for the Philippines to achieve peace.

She was happy that Bello, lawyer Angela Librado, and peace consultant Angeles City Mayor Ed Pamintuan took time to meet them to update them of the peace negotiations held at the Philippine Embassy.

This was Solomon’s commitment to the GRP panel and the administration of President Rodrigo Duterte after Secretary Bello asked for their support in order to move the peace process smoothly.

While they are contented with their life in Italy, Solomon, who has been living in Italy for 27 years, said they also dreamed of a good life for their family back home. She was happy that the peace talk is happening under the Duterte administration. 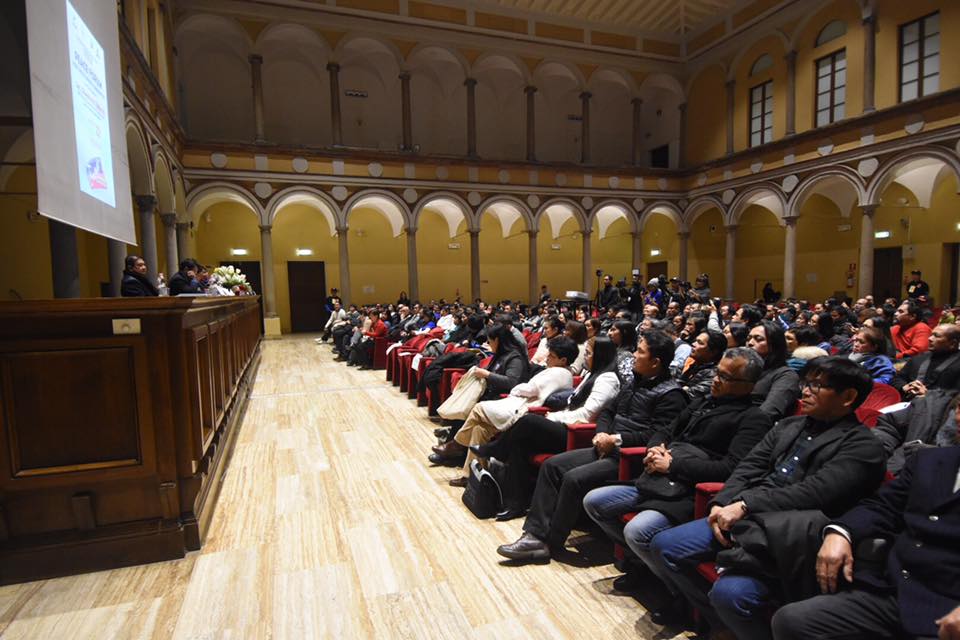 During the peace forum, Bello emphasized on the importance of the people’s support to the peace process. Their involvement, Bello said, is important to achieve a just and lasting peace in the Philippines.

The third talks in Rome, Bello said, is crucial because it now involved the socio-economic reforms to address the root causes of the armed conflict. He said it is a sad reality that some people especially those in remote areas seek help from the other group instead of the government.

Bello said it is important also for Filipinos abroad to know and value the peace process.

“We will succeed if we have you behind us,” he stressed.

Earlier, Bello said there may be initialing of agreed points in the socio-economic reform agenda of the 3rd round of talks.

For the first time, both negotiating panels are tackling the issues on socio-economic reforms.

Both parties earlier submitted draft proposals which Chief Party Facilitator Elisabeth Slattum of the Royal Norwegian Government (RNG) described as ambitious and are proof that both parties are working towards a “better future for the Philippines and the Filipino people.”

The RNG has been hosting and acting as third party facilitator between the GRP and NDF.

The peace talks have entered the more crucial round of discussing the core agenda and issues of the negotiations.

“The comprehensive agreement on socio-economic reforms (CASER) is the heart and soul of these negotiations. And by finally starting to intently discuss this alone is already a significant breakthrough and a major leap forward,” the government chief peace negotiator explained.

Bello said this has never happened in 30 years of negotiations with the communist rebels.

In another peace talk forum on Sunday at the Basilica of Sta. Pudenziana with the migrant Filipinos in Rome, Milan, and other cities, the members of the GRP and NDF peace panels also received commitments of support.

The forum discussed among others the issues on land reform and national industrialization.

GRP panel member Rene Sarmiento brushed aside doubts of some Filipino workers if the issues under the socio-economic reform can be addressed, saying, “There are agreed mechanisms to be implemented jointly or separately by the GRP and NDF.”

Sarmiento said the GRP and NDF panels are working hard to achieve a common peace agenda.

He said he would initiate programs to advocate for the peace process along with the campaign for a federal form of government.

“Kailangan suportahan ang peace talks. Si Duterte (President Duterte) ang last card dahil siya lang ang may political will (The peace talks should be supported. Duterte is the last card because he is the only one with political will),” he added.