DAVAO CITY—A top official of the Office of the Presidential Adviser on the Peace Process (OPAPP) has said that President Rodrigo R. Duterte does not distinguish between friend or foe and is willing to go to great lengths to push forward the peace process in Mindanao.

“Our President is a president for all. Whether you are a rebel [or] are a plain civilian … he is a president for the 100 million plus Filipinos,” declared OPAPP Assistant Secretary Dickson Hermoso during the culmination of the Kusog Mindanaw Conference 2016 yesterday, November 30, at the Waterfront Insular Hotel in Davao City.

Responding to a question of how determined President Duterte was in putting an end to the ongoing armed conflict in Butig, Lanao del Sur, which has resulted in the displacement of more than 12,000 residents in the area, Hermoso said the chief executive wants to decisively address the situation “once and for all.”

“He is going there, I don’t know if that pushed through today, to address this problem because [the members of the] Maute group are also Filipinos,” he said.

President Duterte’s visit to Butig did push through last Wednesday, November 30, as he offered the hand of peace to both the Maute group and Kumander Bravo, leader of the Bangsamoro Islamic Freedom Fighters (BIFF). 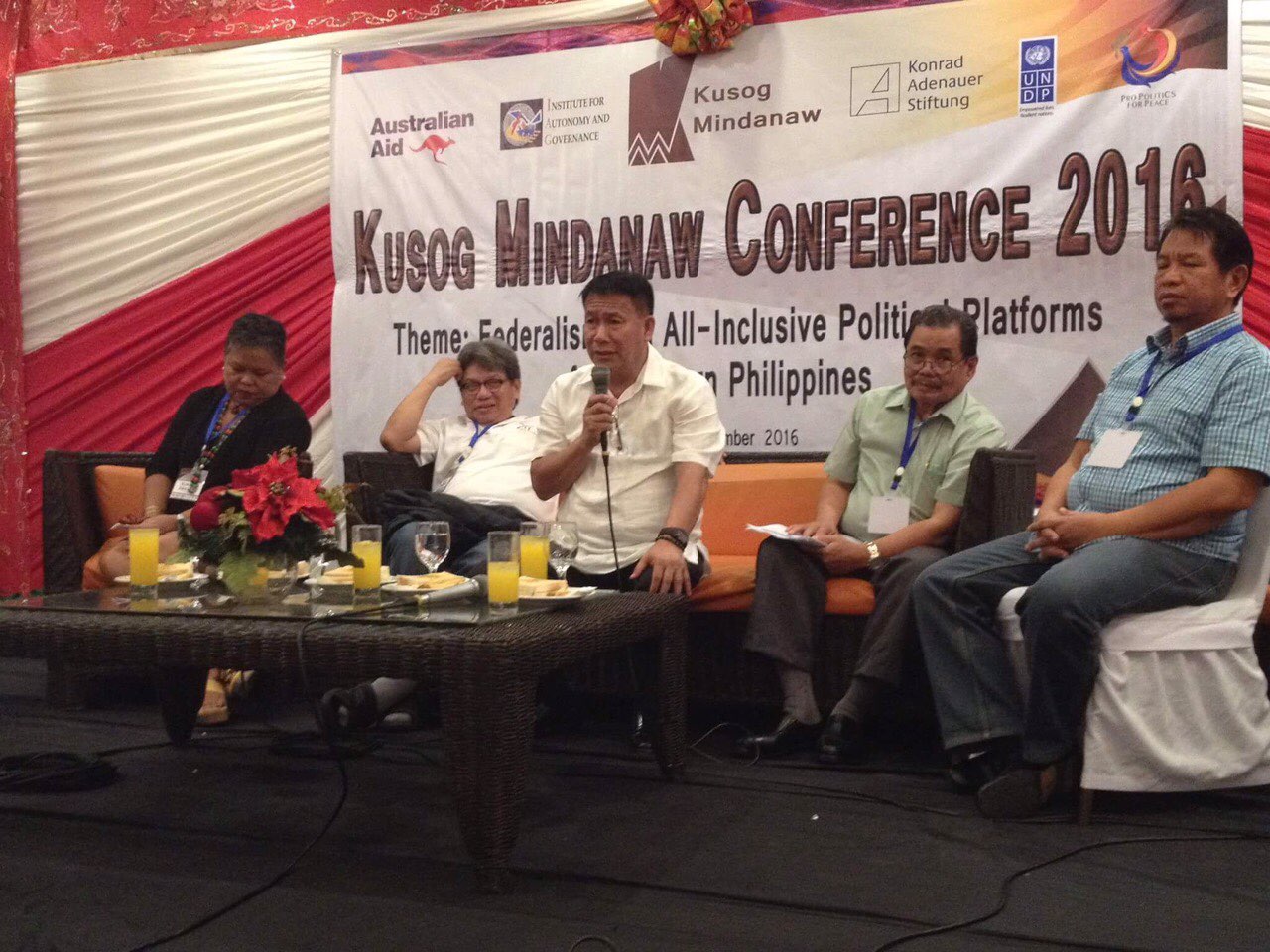 “That’s why you will notice his words. He [President Duterte] will always say that let us stop fighting. Let us go for peace regardless of what is our affiliation,” Hermoso told the delegates of the conference, who were composed of representatives from the academe and civil society, peace and development workers and local government officials from across Mindanao.

With the theme “Federalism And All Inclusive Political Platforms For Southern Philippines,” the three-day event sought to draw out suggestions from the participants on how to fast track the passage of the new Bangsamoro enabling law and, at the same time, gather recommendations that would help facilitate the country’s transition from a unitary to a federal form of government.

Senior officials of the OPAPP headed by Irene “Inday” Santiago, chair of the Government Implementing Panel for the Bangsamoro Peace Accords, are currently conducting extensive consultations with various civil society organizations in Mindanao as part of efforts to broaden the existing “peace tables,” and ensure the more inclusive participation of Mindanaoans in the peace process.

The OPAPP assistant secretary said he was optimistic that the Duterte Administration’s efforts to put an end to the armed hostilities in Butig will bear fruit in the very near future.

“We hope anytime now we can have a very concrete solution to the problem,” he said.

Hermoso, a retired army colonel and a staunch peace advocate, pointed out that the armed conflict in Mindanao is not only deeply rooted in the perceived “historical injustice(s) in the country, especially in the Bangsamoro” but is also inspired by events in Syria, Iraq, Afganistan and Libya.

“To me, the vertical conflict is done already. What we have are these new emerging groups, the young bloods,” he said.

Hermoso noted that radicalization is not only exclusive to the Philippines, as there are a lot of countries in the region that are also confronting the same problem, which threatens to adversely influence the mindset of their youth.

“You, us, everybody can help reshape the values [of our youth],” he said.

To address this concern, he stressed the need to “re-orient the values” of young people in the country, as he called on the Filipino people to do their share in promoting the culture of peace in their respective communities. (OPAPP)