Presscon on the Safe Release of Norwegian Kjartan Sekkingstad

September 18, 2016 – Norwegian hostage Kjartan Sekkingstad was released by his captors on September 17, 2016 at around 2PM somewhere in Patikul, Sulu. His first words to OPAPP Secretary Jesus Jess Dureza when they spoke on the phone was: “Thank you to President Duterte.” Sekkingstad was presented to the public by President Rody Duterte and Sec. Dureza at a press conference in Davao City on September 18, 2016. 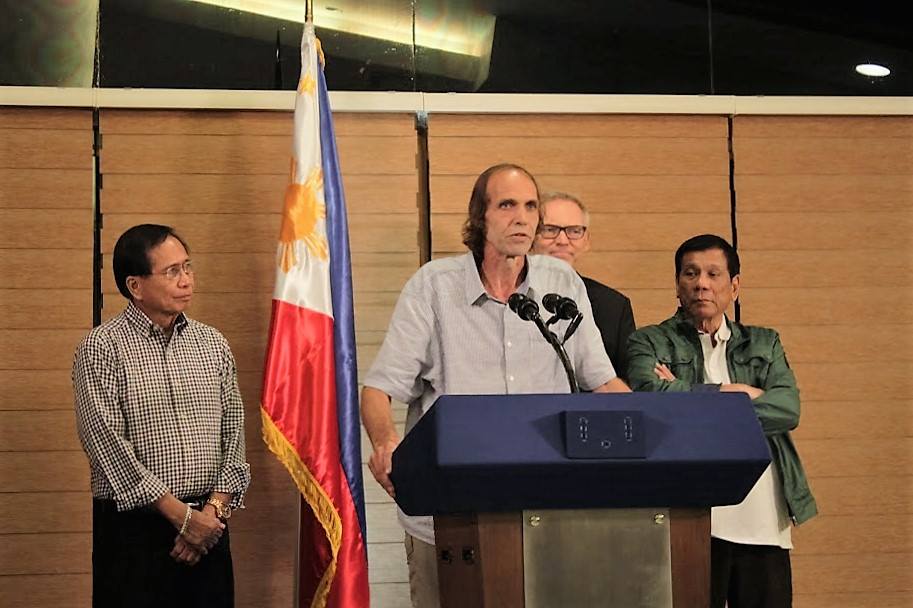 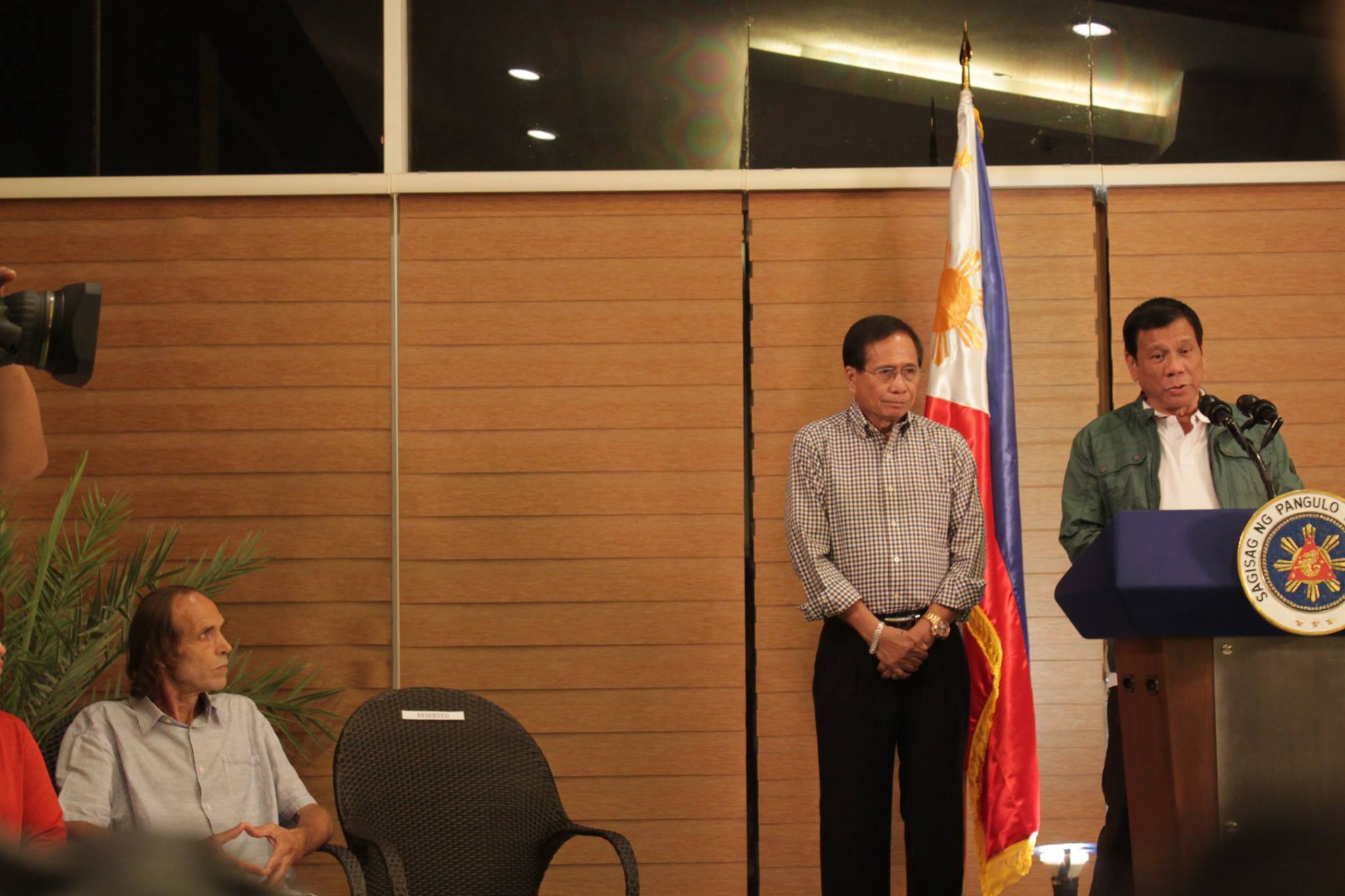 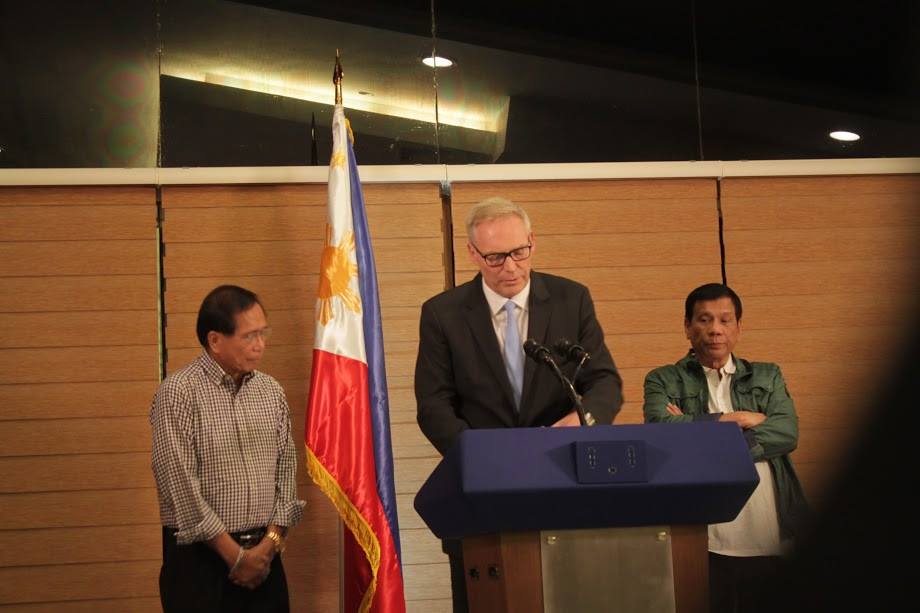